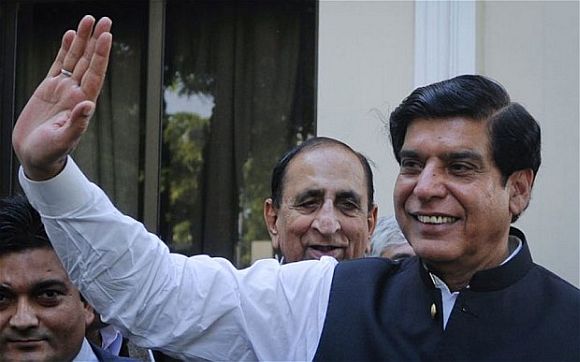 Prime Minister Raja Pervez Ashraf on Monday got a three-week reprieve from Pakistan's Supreme Court in a contempt of court case after judges accepted his plea for being given more time to address the issue of reopening graft cases against President Asif Ali Zardari.

Ashraf became the second premier to appear before a five-judge bench headed by Justice Asif Saeed Khosa to face a contempt charge for refusing to revive the corruption cases against Zardari in Switzerland.

His predecessor, Yousuf Raza Gilani, was convicted of contempt and disqualified in June.

The bench further directed the premier to personally appear at the next hearing. 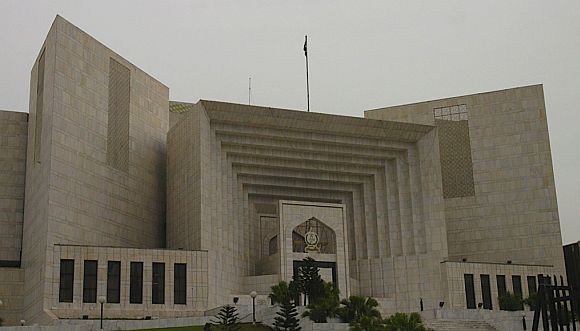 "Today Prime Minister Raja Pervez Ashraf appeared on the directions of the court to defend (himself against) the show-cause notice issued to him. He explained his position, that the government has serious resolve and we want to implement the orders of the court and we need some more time," said Information Minister Qamar Zaman Kaira.

"The court has adjourned the case till September 18 and the Prime Minister will appear in the court in person on September 18," Kaira told the media after the hearing.

During the hearing, the judges repeatedly asked the premier to give a commitment about approaching the Swiss authorities to reopen the graft cases against Zardari.

The bench said the premier should nominate a minister who could take up the matter with the Swiss authorities but Ashraf did not say anything in this regard.

A meeting of leaders of the ruling coalition chaired by Zardari late Sunday night decided that the premier would appear in court despite reservations expressed by several top PPP leaders. 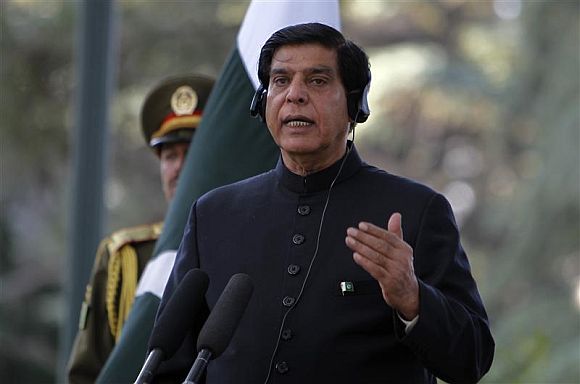 During his appearance in court, Ashraf reportedly told the judges that he had not committed any contempt as the PPP has taken a principled stance on not writing a letter to the Swiss authorities about reopening the graft cases against Zardari.

The premier was also expected to tell the judges that he enjoys immunity under the Constitution for his actions and is not answerable to the courts.

The PPP's decision on Ashraf's appearance in court was influenced by the thinking of its close allies like the Muttahida Qaumi Movement and the Awami National Party, which are opposed to any confrontation between the government and the judiciary ahead of the general election scheduled for next year.

The apex court has been pressuring the PPP-led government to revive the cases against the President since December 2009, when it struck down a graft amnesty that benefited Zardari and over 8,000 others.

The PPP has refused to act, saying the President enjoys immunity from prosecution in Pakistan and abroad.

PPP leaders have also accused the judges of acting in a biased manner, saying the apex court has only focussed on Zardari and not the other beneficiaries of the graft amnesty.