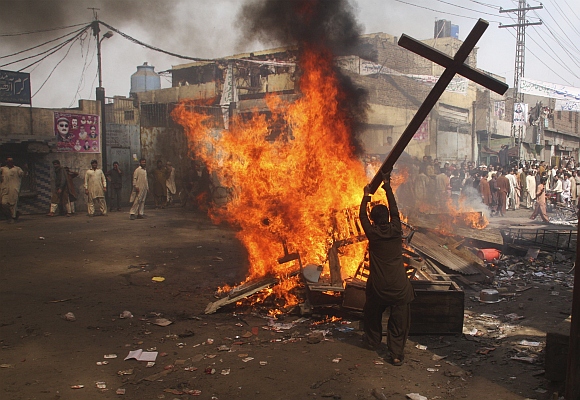 Image: A demonstrator burns a cross during a protest in the Badami Bagh area of Lahore
Photographs: Adrees Hassain/Reuters

The killing of Christians is reportedly on the rise in Islamic countries such as Pakistan, Nigeria and Egypt according to a human rights group, with the Vatican claiming that 1,00,000 Christians are being killed each year.

According to Persecution.Org, about 200 million Christians currently live under persecution, particularly in countries such as Egypt, Pakistan and Nigeria, adding that the first major killing spree happened between 1998 and 2003, when 10,000 Christians were murdered in Indonesia alone. 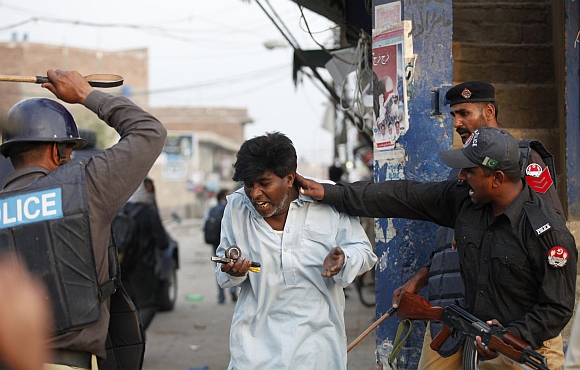 The group also claimed that persecutions of Christians have also been on the rise in places such as Africa and the Middle Eastover the last decade.

Vatican spokesman Monsieur Silvano Maria Tomassi said that a research has revealed that an estimate of more than 100,000 Christians is violently killed on an annual basis because of some relation to their faith.

Tomassi also said that Christians are subjected to forced displacement, destruction of their places of worship, rape and the abduction of their leaders, as it happened in the case of Bishops Yohanna Ibrahim and Boulos Yaziji in April this year in Syria. 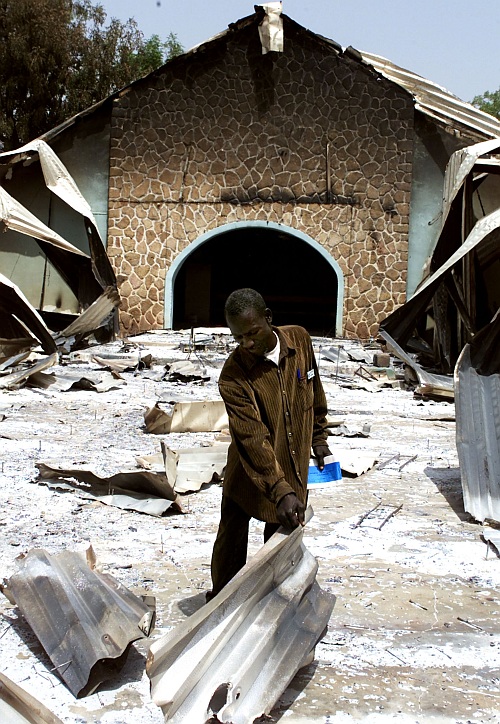 Image: Nigerian James Alkali searches through the burnt remains of the Church of Christ, February 27, 2004, in which 48 Christians were massacred in Yelwa, Plateau state in central Nigeria
Photographs: George Esiri/Reuters

The United State's State Department's Deputy Assistant Secretary of State, Jane Zimmerman said in a statement that numerous cases in recent years have shown Christians being attacked or killed on account of their religious beliefs, adding that no one should die for professing or practicing their faith, whatever that faith is. 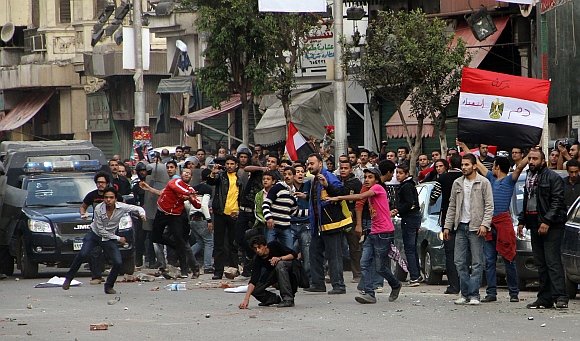 A spate of genocide attacks have taken  place on Christians residing in Pakistan such as in March this year when Muslims attacked a Christian neighbourhood in Lahore, where more than 100 houses were burned after a Christian was alleged to have made blasphemous remarks.