Sign in  |  Create a Rediffmail account
Rediff.com  » News » Muthalik on porngate: 50 pc of BJP are people with low morals

Muthalik on porngate: 50 pc of BJP are people with low morals 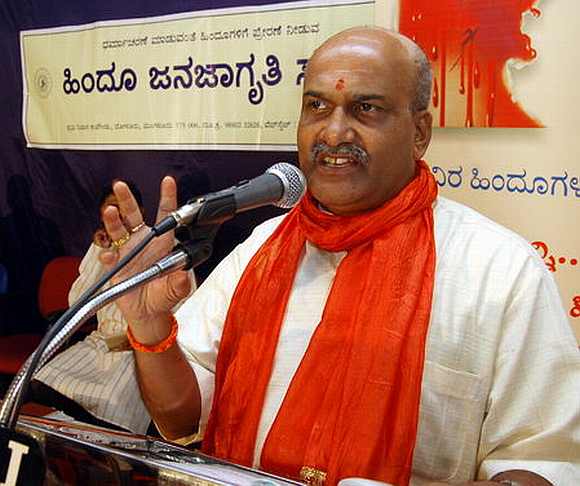 In an interview to Vicky Nanjappa, Ram Sene chief Pramod Muthalik breaks his silence on the porngate incident that rocked the Karnataka assembly and has left the Bharatiya Janata Party red-faced.

Why have you been mum on the latest controversy in Karnataka -- BJP MLAs who were filmed while watching a pornographic clip in the state assembly?

I have not been silent on the issue. This dirty incident has lowered the dignity of not only the BJP, but also the people in Karnataka. It's condemnable and action should be taken against them.

But how do you plan to voice your discontent?

We (Ram Sene) are planning a series of protests in the days to come. We will hold a core committee meeting on Friday, following which we will launch a series of agitations against the three ministers -- Laxman V Savadi, C C Patil and Krishna J Palemar. We will continue to fight until the MLAs are ousted completely from their membership. A mere resignation from the post of minister is not good enough. They are answerable to the voters who have elected them. We will not let this issue be forgotten.

'A lot of gutter water has flown into the BJP'

You have been closely associated with the BJP. It was always portrayed as a cadre-based party with a lot of morals...

A lot of gutter water has flown into the BJP today. When gutter water flows in, the smell is never sweet, it is always disgusting. The BJP, to regain power, has inducted many from the Congress and the Janata Dal-Secular, only to ensure that it has the numbers. In the bargain the party has lost its charm. Today, it has too many unwanted elements. Its morals have dropped and also corruption and greed within the party have increased.

Are there are more such people in the BJP today?

Are you happy with the action against them?

No. In fact, there has been no action at all. The system needs to be cleaned up immediately. For that to happen a strong message has to be sent out or a precedent set. The three MLAs should be sent to jail. My protest would demand that. The system needs a desperate change and for that such persons should not be anywhere close to public life. 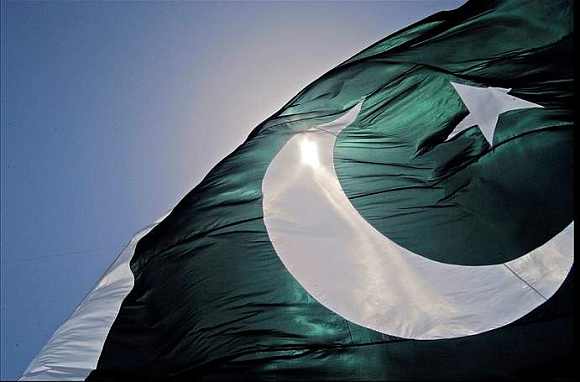 Image: Six Ram Sene were arrested for hoisting the Pakistan flag over the tahsildar's office in Sindgi on January 5
Photographs: Representation pic

Your thoughts on the Malpe rave party organised by the Udupi district administration to promote tourism in the state?

We have submitted a memorandum and hope that action will be taken to prevent such incidents. I have decided to adopt a non-violent stand and all future battles will be fought without any violence. We will not get provoked unnecessarily.

Recently some members of your organisation were arrested for hoisting a Pakistan flag. This was construed as a tactic by you to incite communal tensions...

The persons who were actually responsible for the incident were not my men. They were from the Rashtriya Swayamsevak Sangh and the Vishwa Hindu Parishad. The men, who were arrested, were good workers; they were working for a cause. The flag-hoisting incident was a plot to malign my organisation and me. Hence the real culprits were shielded. There has been a ploy to always drag my organisation into some controversy or the other. We will continue to fight for the cause. We are becoming the sacrificial lambs.

'Expect police to take against those celebrating Valentine's Day' 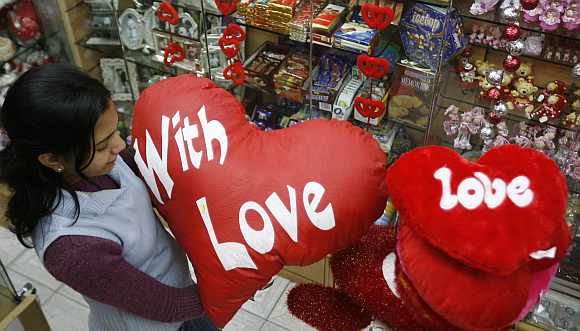 Image: A girl looks for gifts at a shop ahead of Valentine's Day celebrations
Photographs: Reuters

So, what about your agitation against Valentine's Day?

Every year, we have protests against this disgusting Western cultural trend, and this year too we will protest.

The past two years have been peaceful and your activists have not resorted to anything violent. We hope this year too would be the same.

We have no intention of turning violent. All we are trying to do is convey a message that Western culture does not suit us. People should not celebrate Valentine's Day as it is against our culture.

What do you have in mind for February 14?

We are going to all colleges and hotels and requesting them not to allow any sort of Valentine's Day celebrations. However, no force would be used. In addition to this, we are also distributing pamphlets in which we speak about the ills that could befall us by aping Western culture.

If you find people celebrating Valentine's Day, will the Ram Sene resort to violence?

No, there shall be none. All we will do is first advise them and if they do not listen then complain against them to the police. We expect the police to take action against such people who celebrate Valentine's Day; its part of an obscene culture.