Sign in  |  Create a Rediffmail account
Rediff.com  » News » Mr PM, it is time to bite the bullet

Mr PM, it is time to bite the bullet 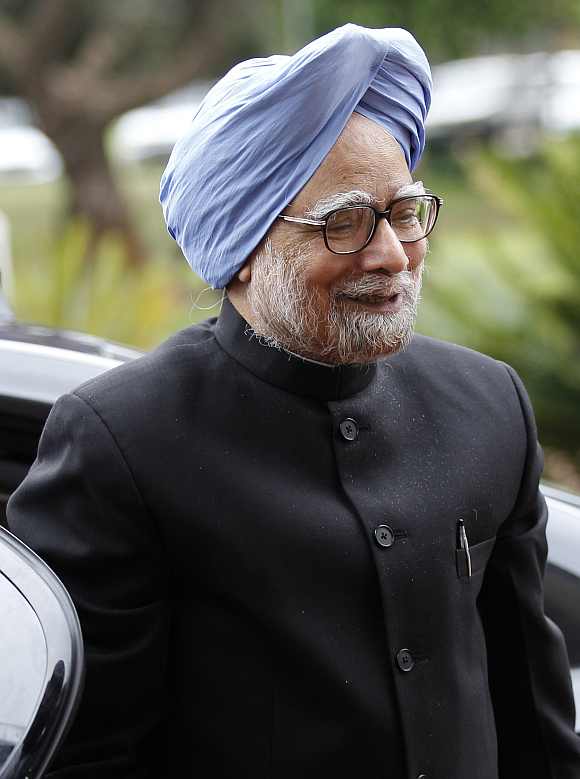 Will Pranab Mukherjee's candidature for the presidential post be a game-changer for the way in which the PM and his office function, asks A K Bhattacharya

The United Progressive Alliance government has by now acquired the notoriety of snatching defeat from the jaws of victory. Not only has it been shy of taking decisions to defuse the various economic and political crises that have affected its governance, it has also let go of many opportunities to bounce back from a setback.

Last week's developments were perhaps an exception. Trinamool Congress chief Mamata Banerjee entered into what now appears like a strange deal with Mulayam Singh Yadav's Samajwadi Party to announce three alternative names as nominees for the next incumbent of Rashtrapati Bhavan.

Banerjee knew from none else than Congress chief Sonia Gandhi that the Congress had opted for Finance Minister Pranab Mukherjee and Vice President Hamid Ansari as its first two preferences for the job.  Therefore, the suggestion of all the three names -- former President A P J Abdul Kalam, former Lok Sabha Speaker Somnath Chatterjee and Prime Minister Manmohan Singh -- was meant to be a rebuff to the Congress leadership.

Nothing could have salvaged the Congress' reputation as the ruling party except what it did. It put its weight behind Mukherjee as its first choice. It quickly convened a meeting of the UPA and announced its choice through a televised ceremony.

What happens to Congress's relations with Trinamool Congress? 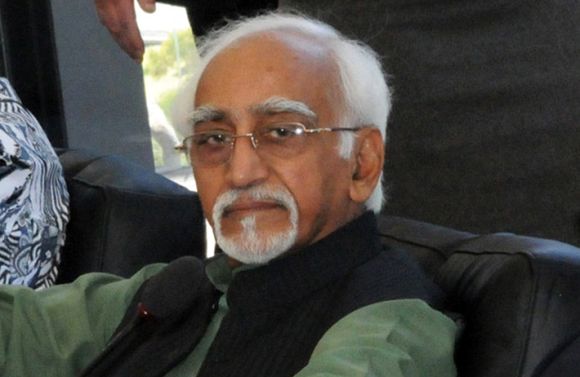 In the process, however, several questions have cropped up. One, what is going to be the fate of Hamid Ansari? The man, at present India's vice president, was one of the Congress' choices. Ansari has so far kept a dignified silence. But what has the Congress planned for him? At what point was Ansari's candidature rejected? Or was he just used as a ploy and a fall-back option, to enable the Congress leadership to gauge the response of the opposition political parties, in particular its alliance partners, and then make an appropriate move.

If that is so, how the Congress proposes to deal with Ansari and his future path will become a subject matter of political debate and speculation. This could also be an opportunity for the Congress to assert its choice for the vice-presidential election.

Two, what happens to Congress's relations with Trinamool Congress? Now that Banerjee has been politically cornered, the Congress should use this as an opportunity to press ahead with the reforms agenda that got stalled largely because the Trinamool Congress leader had put her foot down. Will the UPA leadership use this situation as an opportunity?

The biggest gainer is Dr Singh

Three, while rejecting the names of Kalam and Somnath Chatterjee, the Congress foreclosed its options of any change in the government's leadership by committing itself to staying on with Manmohan Singh as the prime minister until the next general elections in 2014.

So, it is not just a simple retaliatory tactic to silence its troublesome alliance partner, but in doing so it has tied its hands as well. In other words, the Congress has told itself and its alliance partners that it would go to the next polls with Manmohan Singh as the prime minister.

The biggest gainer of the entire political drama played out last week was perhaps Dr Singh, who now has the public assurance from the party that he would continue to lead the government until 2014. Will this make a difference to the way the prime minister and his office have been functioning and leading the government?

A prime minister, who has got such an assurance from the party's high command, should theoretically feel more strong, act more decisively free from the so-called coalition compulsions and bite the bullet, a promise he has made several times but is yet to fulfil it.

A strong PM can make a difference 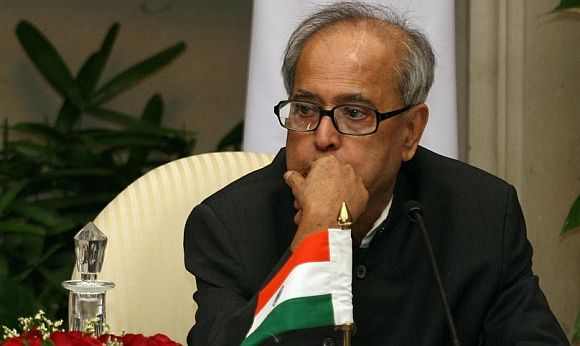 So, what should the prime minister do? The first move from him should be to take charge of the finance ministry. Dr Singh may choose the finance portfolio under him for some time, but keeping it under him for a longer period is not a good idea for governance.

The best option for him is to identify someone as the next finance minister, who is in sync with him as far as economic reforms are concerned. If this means he has to bring his Economic Advisory Council Chairman C Rangarajan or the Deputy Chairman of Planning Commission Montek Singh Ahluwalia to North Block, he should go ahead and settle for nothing else.

Equally important would be to put in place a crack team of bureaucrats in charge of the various departments in the finance ministry. There is an opportunity here. The posts of the secretary in charge of the economic affairs department and the chief economic advisor will fall vacant soon and Dr Singh could take extra care in ensuring that the right people get selected.

A strong PM with a finance minister who thinks similarly can make a difference. Last week's developments have offered a new opportunity. But the big question is whether the UPA government will once again throw it away or grab it for its own survival.