Sign in  |  Create a Rediffmail account
Rediff.com  » News » 'The Maoists had to show something to the people' 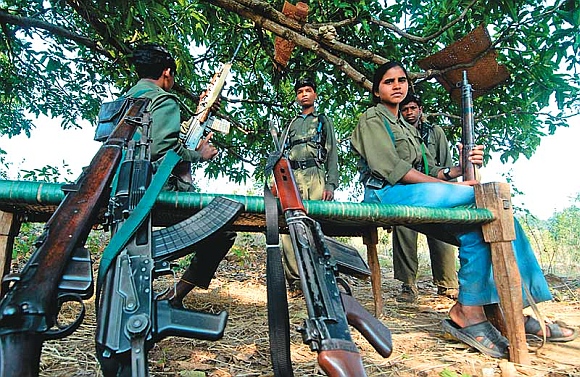 'This was long expected because Mahendra Karma was on the Maoists's hit list...'

'I don't think the Maoists cared as much about the consequences as they cared about the fact that they had to get rid of Mahendra Karma...'

'Whatever else they do or don't do now, they can say they have revenged Salwa Judum.'

Nandini Sundar has worked extensively among the Adivasis in Bastar, Chhattisgarh, considered a hotbed of Maoists in India.

Dr Sundar, a professor at Delhi University and well-known sociologist, tells Rediff.com's Prasanna D Zore that a Truth and Reconciliation Commission recognised by both the Maoists and the states and central governments is the only way out of the conflict.

Dr Sundar, who recently returned from the region, discusses the killing of 27 people on May 25 and what could happen in the coming days.

What's your assessment of the situation in Sukma right now?

What could be the repercussions the Adivasis will have to endure now?

There is combing going on. I know that area very well because that's the area where I did my fieldwork.

Basically, the people are scared. Actually, it is not as if there was not a paramilitary build-up in the region even before Saturday's incident.

In the last few months there were camps coming up anyways in Konta and Bijapur.

Near Edesmeta, where eight civilians, including four children were killed, a camp has come up. Everywhere they are now trying to build camps in the radius of 7 to 8 kms.

It is not as if there wasn't a major build-up in the region. However, the Darbha area has become an active area only in the last five or six years post Salwa Judum. Before that it did not have a history of Maoist presence at all.

Was there a paramilitary presence in and around Darbha before the Sukma massacre last Saturday?

No. I guess that is why also the Congress felt that there was no security threat. The paramilitary camps really start further south in Sukma.

Only in the last year or so, have I seen this part of the highway dug up (by the Maoists); and in 2010-2011 there was firing by the CRPF on innocent villagers near Soutnar in which 7, 8 villagers were killed.

There was a huge protest rally and (Chhattisgarh Chief Minister) Raman Singh promised an enquiry, but nothing happened. Otherwise, this area has been relatively calm.

'The government thought we are finishing off the Maoists, but clearly they are not.' 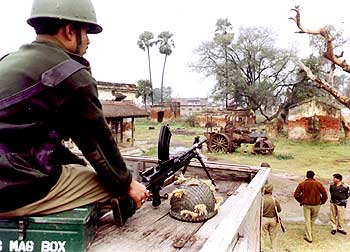 Image: 'If you have a security camp next to your village then it becomes difficult for the women to go out to the forests to shit in the morning'
Photographs: Rediff.com

Are you getting any reports from independent sources of there being harassment of Adivasis after the massacre?

No, I haven't. But I have also not been able to talk to the people in the adjoining villages.

Do you have any plans for a field visit again?

Not immediately because I just came back (from the region) because the the CBI is hearing the Tadmetla massacre where 300 homes were burnt (allegedly by the security forces) in 2011.

They wanted the villagers to come to Jagdalpur which is a distance of 200 km each way. So I had gone to get them.

You have been quoted as saying that the state government should have expected such an attack...

They should have expected some response. You can't expect nothing after the killings of some senior Maoist leaders.

The government thought that one by one we are getting these leaders, so we are finishing off the Maoists, but clearly they are not. So they would have done something to show they are still active.

Do you foresee more combing operations in the Bastar region in the coming days? What kind of response do you foresee from the state and central governments?

They probably will have more combing operations, but they will start setting up camps along this stretch as well.

What, apart from security reasons, could be the purpose of such camps?

People (the Adivasis) hate these camps. If you have a camp next to your village then it becomes difficult for even the women to go out to the forests to shit in the morning, or go to collect fuel wood, or go to cultivate their farms.

This comes from the experience of the camps already in existence in the south (of Bastar) which has made it very difficult for the locals there to lead a normal life.

It is not that we are going to see any stop to these hostilities because the Maoists are likely to constantly engage the security forces in skirmishes. That's what the people there think is going to happen now.

'It was known that somebody like Karma will be revenged' 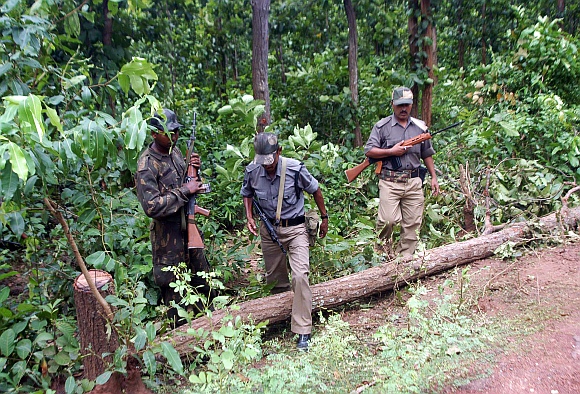 Do you think the lax security offered to the Congress rally in Chhattisgarh made the Maoists launch such an audacious attack?

I don't know what made the Maoists more audacious, but I know the Chhattisgarh government spent crores (of rupees) on its Vikas Yatra.

I mean it was really very tragic that when the local administration was asked to bring these poor villagers from Tadmetla, Timapuram and Morpalli to depose before the CBI they brought them in a ration truck.

There were mothers who were breastfeeding and had to stand all through the 400 km journey on terribly bumpy roads.

The local administration also fussed about feeding them in Jagdalpur, and wanted to send them back to Sukma at night, where they would have reached and eaten at midnight.

For such things they (the state administration) are completely callous. The Supreme Court had ordered protection for Manish Kunjam, the CPI leader, but even those guards have now been deployed elsewhere.

So, I am not surprised that they didn't provide much security to the Congress Yatra.

You have mentioned that if India were to follow democratic values Mahendra Karma should have been behind bars long ago. But can such killings improve the situation?

Not at all. Just because the justice system and policing has broken down, it does not mean that one can condone this kind of activity (the killings by the Maoists).

As an analyst I can say that this was long expected because Mahendra Karma was on the Maoists's hit list for quite some time.

The Maoists had to do it because they had to show something to the people. It was known that somebody like him will be revenged.

I can't condone it, but I think he should have been arrested a long time back. There is so much proof against him.

What explains such audacity by the Maoists? Is it desperation?

They would surely know that the state and central governments would go all out against them in such an event, yet they went ahead and killed so many people including top Congress leaders?

I don't think in this case they (the Maoists) cared as much about the consequences as they cared about the fact that they just had to get rid of Mahendra Karma.

Whatever else they do or don't do now, they can say that they have revenged Salwa Judum.

In any case, in interviews they have given, they say quite clearly that State repression merely strengthens public support for them, so maybe they are okay with the prospect of further repression.

'You can't expect anything but war if this continues' 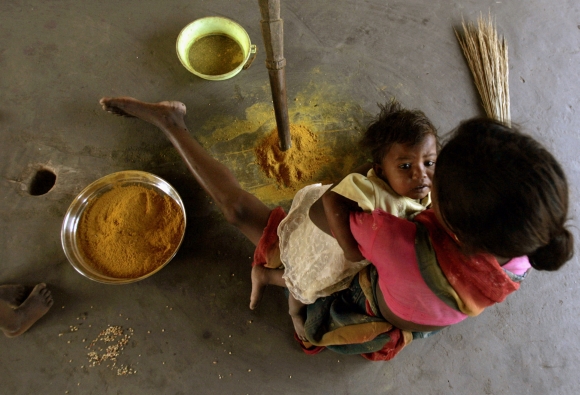 Image: 'For the interest of the people we really need peace talks and negotiations. Inevitably, the people will suffer the most'

What's the way out now? What do you think can ameliorate the situation?

The very least the government (the state administration) should have done is implement the Supreme Court orders.

Instead what they did went completely in the face of what the court had said. You can't expect anything but war if this continues.

Inevitably, the people will suffer the most. They have not only not disbanded the SPOs (the new version of the Salwa Judum militia) they gave them more money, better guns and made them into an official arm of the same force.

They have not carried out any prosecutions of the SPOs or Salwa Judum leaders and the security forces or given any compensation to the thousands of families affected.

How can the war-like situation be brought under control?

Second, there has to be something like a Truth and Reconciliation Commission where the killings by both sides have to be reckoned.

Then there has to be negotiations on things like land reform and mining.

I mean after 30 years the Columbian government and FARC (The Revolutionary Armed Forces of Columbia, a guerrilla group in that country) are coming to some kind of agreement on land reforms.

I mean are we so special that we cannot learn from other people's examples? That would be a democratic approach, not just pumping in more paramilitary forces.

The Maoists have also to learn to operate in a democratic framework. They should also accept something like a Truth and Reconciliation Commission. They can't go on their own trip of killing more and more people.

Both sides are only interested in fighting right now. But for the interest of the people we really need peace talks and negotiations.