Sign in  |  Create a Rediffmail account
Rediff.com  » News » Lalu in jail: Rabri set to take over; Tejaswi can 'wait' 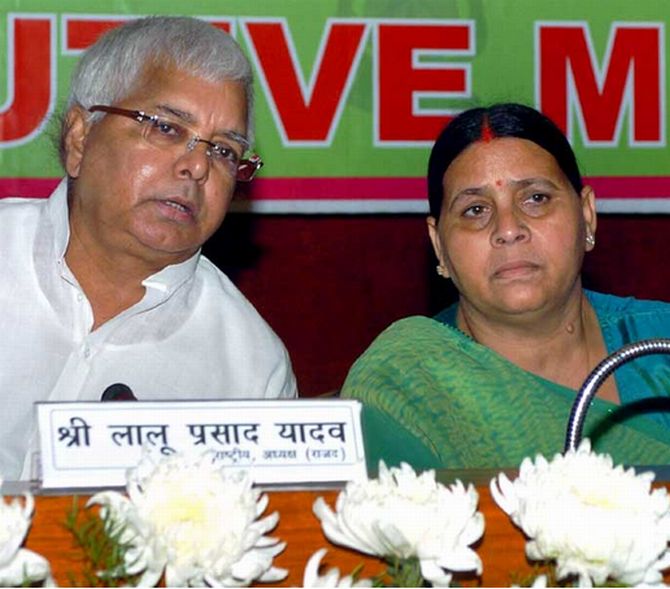 With Lalu Prasad convicted in the multi-crore fodder scam case, the Rashtriya Janata Dal on Monday put up a brave front saying his wife and former Chief Minister Rabri Devi is "still there to guide us".

"Rabri Devi is our leader. She is still there to guide us," party Secretary General Ramkripal Yadav said.

In the past also, the party had faced such a difficult situation but had come out with "double its strength", Yadav, a close confidant of Lalu Prasad and a Rajya Sabha member, said.

Meanwhile, sources at Rabri Devi's official residence at 10 Circular Road said she was inside the house but not talking to the media.

After repeated telephone calls, a small time party worker answered the telephone at the RJD state headquarters. He said all the leaders had gone to Ranchi in connection with the CBI court judgement.

A few RJD workers present at the office said it was a bad day for the party.

"Even after pronouncing him guilty, had the court not sent him to jail there could have been some solace for us but unfortunately it did not happen," said a party worker. 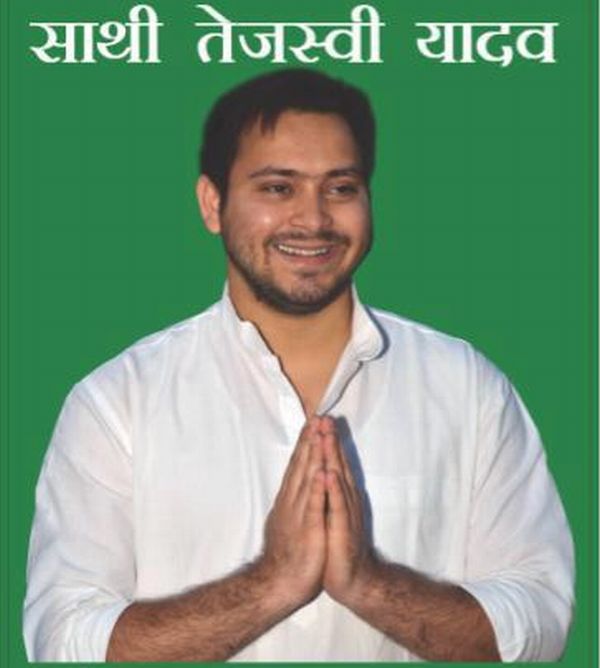 Senior RJD leader Prabhunath Singh said that party workers have blind faith in Lalu Prasad so they will continue to work with the same dedication even in his absence.

Asked if reports of the possibility of withdrawal of the ordinance against convict lawmakers would strain RJD relations with Congress, Singh said, "Lalu Prasad is only authorised to decide on the alliance and tie up with parties."

Senior RJD leader Raghuvansh Prasad Singh downplayed speculations that Lalu’s younger son Tejaswi would now be handed over the leadership of the party following the conviction of his father in connection with the fodder scam case.

He said workers of the political outfit would work together to tackle the challenges ahead at this crucial time.

“Tejaswi Yadav is a young leader. There are several other young leaders in the party,” he told media persons, when asked whether Tejaswi would now lead the party in Lalu’s absence. 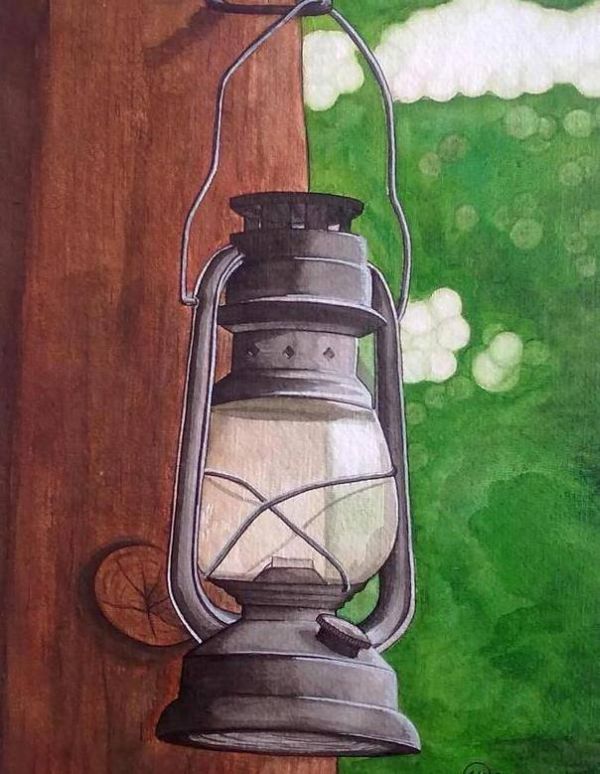 “Laluji is our leader. Now, when he is in jail, all party workers and other leaders will fight together to tackle this challenge,” he added.

Singh said the RJD has already planned its policies and programmes for the upcoming elections, and added that it will continue to work towards achieving its goals.

”The Rashtriya Janata Dal was formed for the uplift of the poor, farmers and underprivileged and we will continue to work in that direction,” he added.

The RJD leader also used the occasion to lash out at the Janata Dal (United) and the Bharatiya Janata Party for raising objections to the ordinance on convicted politicians.

“The ordinance was issued by their (Congress) high command and leadership. They had got the nod from all the parties. But when the ordinance reaches the President, then the BJP and JD-U leaders saw that Laluji will be the first victim so they backtracked for political gains,” he said