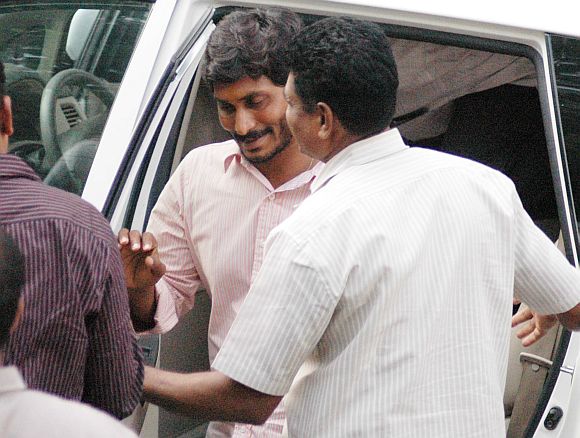 According to jail sources, the lights of his room in the special category barrack remained on till around midnight.

He did not have the dinner comprising rice and vegetable curry, and preferred to eat fruits his well wishers had given him when he entered the jail on Monday evening.

On Tuesday morning too, he skipped the khichdi (rice and lentil dish), which jail authorities serve to the ordinary prisoners, and preferred a glass of milk.

However, thanks to the special category status the court awarded to the 39-year-old politician -- facing charges of corruption and other economic offences -- Jagan will have the luxury of having one 10 feet by 10 feet room all for himself. 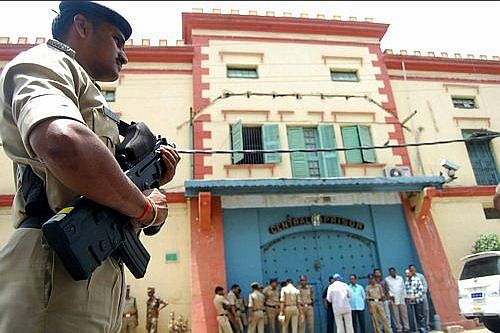 It has an attached bathroom, a table and a chair. Jagan also has a television set in the room. Surfing channels though is not an option for him, as national broadcaster Doordarshan is the sole option available.

If he so wishes, Jagan can get his food cooked in the jail kitchen.

Jail sources said that he was entitled to get 115 gm meat every day and get it cooked.

"If he wants, he can also cook it himself," an official said.

In the same barrack of special category prisoners, Jagan has the company of many other important persons, including some accused of the same disproportionate assets case in which he has been arrested. They include his close confidante and relative Srinivas Reddy, businessman Koneru Prasad and IAS officer B P Acharya (all arrested in connection with Emaar Properties Case), Department of Mining Director Rajagopal (arrested in the illegal mining case of former Karnataka minister Gali Janardhan Reddy). 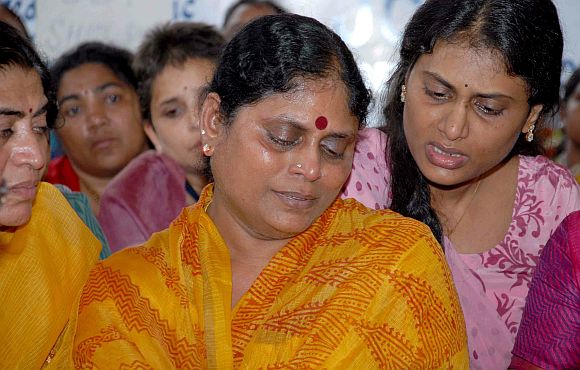 After Monday evening's unsuccessful attempt to meet Jagan, his wife Bharati accompanied by mother Vijaylakshmi and sister Sharmila came to the jail on Tuesday morning.

Vijaylakshmi is scheduled to launch the party's campaign for the by elections to one Lok Sabha and 18 assembly constituencies from Wednesday in Jagan's absence.

Chanchalguda jail was in the focus earlier when Satyam Computers founder B Ramalinga Raju was lodged there after biggest ever corporate scandal hit the headlines.