Sign in  |  Create a Rediffmail account
Rediff.com  » News » INSIDE STORY: Why Jagan will back Pranab for Prez

INSIDE STORY: Why Jagan will back Pranab for Prez 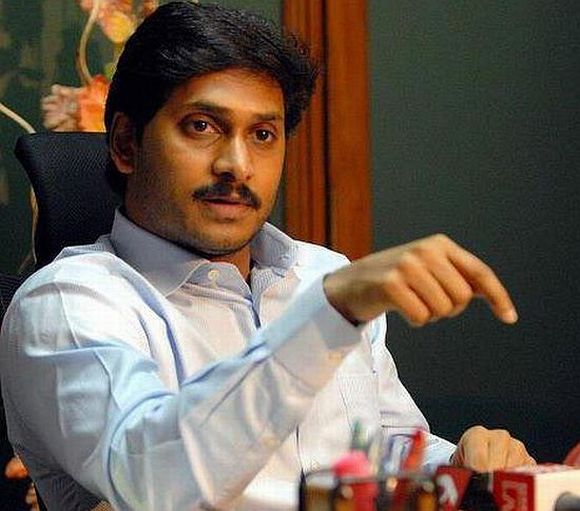 Although sources in Jaganmohan Reddy's party say that a patch-up between the YSR Congress and the Congress in highly unlikely, they would still prefer Pranab for President as the UPA is better than the BJP-led NDA, reports Vicky Nanjappa.

Politics in Andhra Pradesh can sometimes be very strange. Wednesday's meeting between Asaduddin Owaisi of the Majlis-e-Ittehadul Muslimeen and Jaganmohan Reddy at the Chanchalguda jail in Hyderabad has raised many eyebrows.

Sources in the YSR Congress told rediff.com that the party would choose Pranab Mukherjee as President for two reasons: one, they feel he is the best choice, and second, they would not want to side with the National Democratic Alliance at any cost.

Owaisi's meeting with Jagan has led to speculation that an attempt was being made by the Hyderabad MP to broker peace between the Congress and the YSR Congress. The fallout between the two parties has proved out to be a major setback for the ruling Congress in the recently held by-elections to 18 assembly seats in Andhra Pradesh.

'YSR Congress would have backed Pranab in any case' 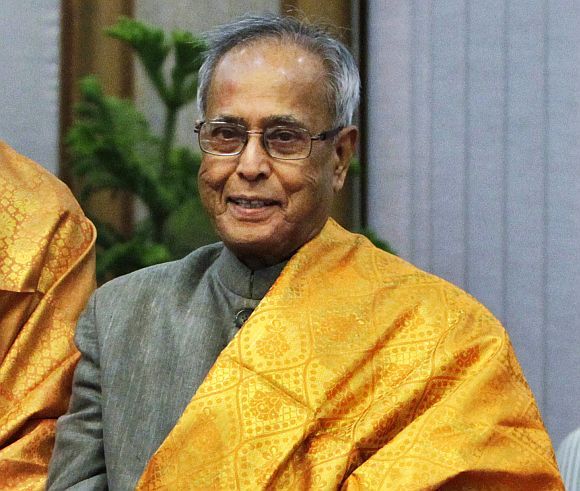 Image: Sources in YSR Congress say that whether or not Owaisi met Jagan, the party would have still supported the candidature of Pranab Mukherjee.
Photographs: Reuters

Owaisi had told mediapersons in Hyderabad on Wednesday that the meeting was only to deal with their discussion regarding the July 19 presidential poll.

Owaisi said that during their discussion Jagan was requested to support the candidature of UPA nominee Pranab Mukherjee.

Sources in the YSR Congress say that whether or not Owaisi met Jagan, the party would have still supported the candidature of Pranab Mukherjee, as they feel that he is a seasoned politician and has a great stature.

The other question that comes to mind is why would Jagan side with a candidate from the Congress, especially when he has declared war against the same party in Andhra Pradesh?

'We will prefer UPA to NDA' 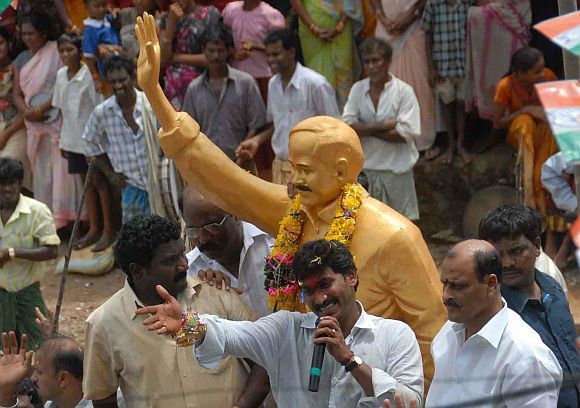 Jagan's party states that between the UPA and the NDA, they would still side with the former.

YSR Congress party sources say that siding with the National Democratic Alliance would mean supporting the Bharatiya Janata Party, and this would put them at the risk of losing the eight per cent Muslim votes in Andhra Pradesh.

Moreover, the decision by Jagan's father, former chief minister Dr YS Rajasekara Reddy, to provide four per cent reservation for Muslims both in the education sector and in government jobs has appeased the Muslims a great deal and Jagan would not like to toy with that equation. This decision taken by YSR is, however, pending judicial scrutiny.

While this is one part of the story, the other is obviously an attempt to patch things up between Jagan and the Congress.

Although Jagan beat the Congress out of recognition in the recent by-elections, he still needs some favours from the party, thanks to the Central Bureau of Investigation probe against him.

Moreover, the Congress too realises that taking Jagan on in Andhra Pradesh has done no good to its poll prospects and the results in the by-elections were nothing but a precursor to what can happen in the assembly elections slated next year.

Although Owaisi is in denial that he was sent by the UPA to broker peace with Jagan, many political observers believe that there is definitely an attempt being made to patch things up.

Jagan would not have met anyone from the Congress and it would have looked very obvious had the Congress decided to send one of their men. Owaisi, who is a part of the UPA, was thus a better choice for the Congress.

'Jagan had not committed anything to Owaisi' 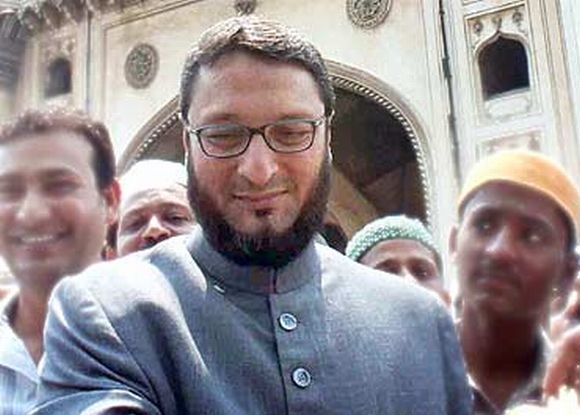 Image: Owaisi and Jagan go a long way back and have been the thickest of friends
Photographs: SnapsIndia

Owaisi and Jagan go a long way back and have been the thickest of friends even before Jagan joined politics.

Owaisi had been away from the country and hence this meeting took such a long time to happen. Sources in the YSR Congress say that they are not aware of what exactly transpired at the meeting, but add that a final decision would be taken on the issue of presidential election only during the core committee meeting of the party in the next few days.

However, they also add that Jagan did not commit anything to Owaisi, but remained positive about the candidature of Pranab Mukherjee.

With regard to a patch-up between Jagan and the Congress, the former's supporters say that it is highly unlikely and he would continue to fight the elections on his own. Jagan is aware that the Congress is a bit desperate at this moment and he can continue to win elections despite being in jail.

Moreover, the emergency meeting convened by the Congress after the poll debacle drew a blank and even Union minister Ghulam Nabi Azad, the head of the Congress coordination committee in Andhra Pradesh, decided to give the meeting a skip which has made the Jagan camp believe that the party is wavering without any direction.