Sign in  |  Create a Rediffmail account
Rediff.com  » News » Indian student in US webcam spying case not to testify 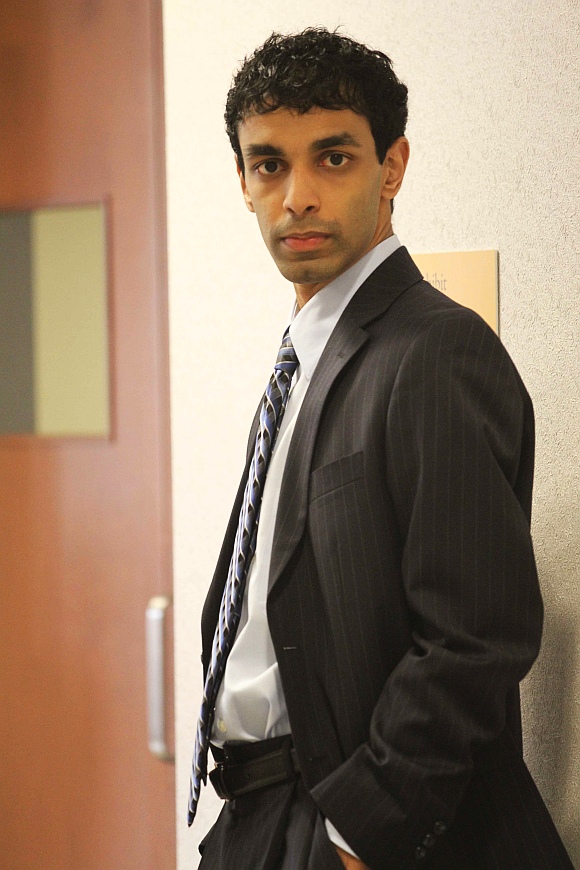 Speculation over former Rutgers University student Dharun Ravi taking the stand to defend himself vanished quickly on Monday morning as he said, at the urging of his defence team, that he will not testify and the defence rested its case after calling its final witness, a police detective who had also been questioned on Friday.

Ravi, 20, is accused of spying on his Rutgers University roommate Tyler Clementi kissing a male guest through his webcam on September 19, 2010, and trying to set up the webcam again two days later. Prosecutors say Ravi targeted Clementi because Ravi is biased against gay people and hence committed a hate crime.

The trial, which has drawn national attention and is also widely reported in the Indian and British media, entered the 12th day on Monday.

The case, being tried in the supreme court in New Brunswick, New Jersey, has attracted national media attention after Clementi committed suicide by jumping off a bridge a few days after the alleged spying occurred. Clementi had discovered the first case of spying and complained to the dorm manager about Ravi. The latter is not charged in connection with Clementi's death. He had sent a note to Clementi apologising for his action and asserting that he had nothing against gays but Clementi was on the way to New York, to George Washington Bridge. His body was discovered nearly a week after he had jumped into the river below.

The jury will get the case after the 15 charges against Ravi will be read to it on Tuesday, following summation arguments by the prosecution and defence. Ravi told judge Glenn Berman that he will not be testifying in his trial. The defence rested its case after having its second motion for a mistrial was denied by judge Berman.

Ravi's parents were in the court as they have been turning up almost every day during the trial to boost his morale. And the Clementis are also watching the trial with keen interest, especially Tyler's gay brother who has written about how the two brothers told each other a few minutes before Tyler's suicide that they were gay.

Earlier on Monday, lead defence attorney Steve Altman asked for a mistrial, arguing that the prosecution had not provided him with exculpatory evidence that may have helped his client. 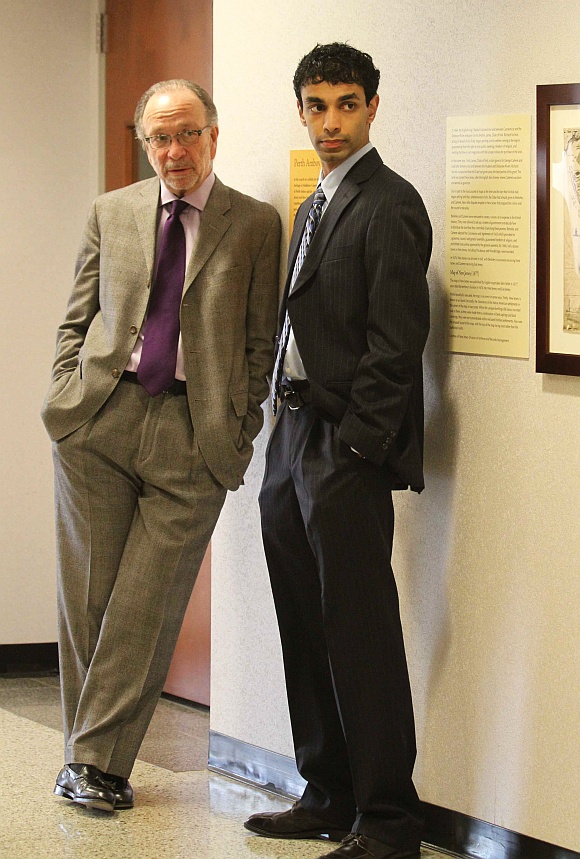 He made the request after the direct examination of Middlesex county investigator Frank DiNinno which had started on Friday. DiNinno spoke, at times inaudibly, of many of the persons he interviewed for the trial. Altman complained to the judge that some of the names of persons DiNinno said he interviewed were not provided to him by the prosecution and argued that this handicapped the defence as his team  could not  locate the witnesses and hence he could not interview them.

Berman, who speaks softly but is very business like, denied the motion on grounds that those persons had "nothing to offer" on the case.

Some legal experts thought it was wise for Altman not to put Ravi on the stand as the young man could have shot his mouth in the wrong direction. But one or two experts told NJ.com that they believed taking the stand could have done good to Ravi who, if found guilty of the more serious charges against him, could be in a prison for over 10 years.,

Michael Robbins, a top defence lawyer following the case, told the publication Ravi could do more good than harm.

'This isn't a whodunit. We know who did it. What we want to know is 'why'?' mused Robbins. 'So what this comes down to is this: What was the intent of the young man? What was he motivated by? I'd put the kid up there and let him tell his side of the story.'

Altman's partner, Joseph Benedict, too, told NJ.com that allowing Ravi to testify would give him the chance "to fill in the blanks" on some details of the webcam incidents and subsequent text messages and tweets that the prosecution presented.

'In the (videotaped) interrogation (made at a police station soon after Clementi's death and before Ravi was arrested), the investigator did a lot of the talking and interrupted the kid constantly,' he said.

The interrogation had continued for nearly 45 minutes and Ravi had no lawyer. It was stopped only when Ravi's father insisted that a lawyer should be present. 'There was not a good narrative stream of what happened,' said Benedict.

Ravi sheepishly admitted during the police interrogation that he had violated Clementi's privacy but insisted a note he had sent to his friends to invite them to watch a second planned tryst between Clementi, then 18, and an older lover who was virtually a stranger to Clementi, was said in jest.

'In the tape they (the jury) saw a little bit of what he (Ravi) was like,' Benedict said. 'If he testified, he might better explain his sense of humour, because that's what he consistently told investigators, that he was just joking around.'
Tags: Ravi , Clementi , Joseph Benedict , Michael Robbins , Frank DiNinno