'The idea of India is special and achievable' 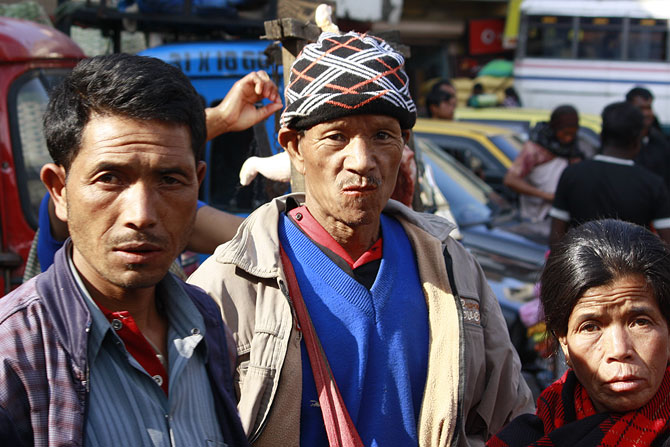 'Our priority should be inculcating a work culture and positive nationalism among people, especially the young,' says novelist Ankush Saikia, in our continuing series where well-known Indians speak about the India they love.

What I love about India is the sheer size and diversity of the country, along with its functioning democracy, which shows that the idea of India is something special and achievable in spite of its diversity in geography, history, culture, and languages.

We have made progress as a nation, but there is still a lot more to be done, in every field.

Recently we have achieved a lot in the software industry. We are known worldwide for our information technology. We have launched a spacecraft to Mars.

We have failed in primary education and rural healthcare. There are still innumerable villages which don't have schools.

Some have schools where there is one room for five classes. Many have five classes and two teachers.

Our schools have no toilets, no drinking water and there are schools with no rooms at all.

On one hand we are known as a software giant and on the other we cannot build primary schools for all. And because of lack of facilities there are many dropouts.

Rural healthcare is absent in a vast number of places. There are no hospitals or even clinics.

We need more primary health centres and hospitals in rural India if we are to talk about being a developed nation.

To improve our country, our priority should be inculcating the idea of a work culture and positive nationalism among people, especially the young.

People have to realise that there is no magic wand to solve our problems.

We have to work for success.

There is an absence of a work culture. We are looking for shortcuts for everything. We get by with the minimum possible work. We have to change that and establish a work culture.

There should be positive nationalism in our people. In that people must have a positive image of our country and not be cynical.

With hard work and a feeling of patriotism we can make our country rise to its true greatness.

If there is one thing you could change in India, I would wish for a network of world-class roads in every state of the country.

Ankush Saikia has written three books. His latest novel The Girl from Nongrim Hills is a thriller set in his hometown, Shillong. His forthcoming novel is titled Red River, Blue Hills.