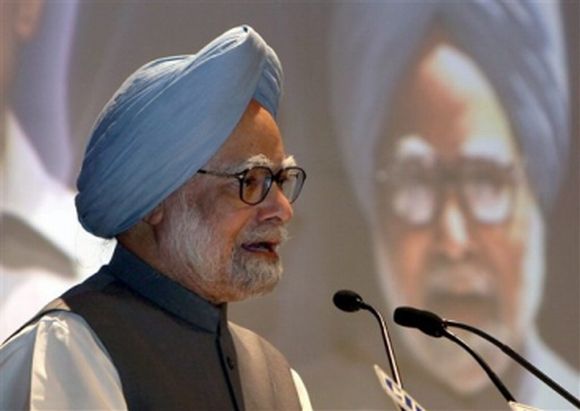 Bharatiya Janata Party leader Arun Jaitley on Saturday attacked Prime Minister Manmohan Singh saying he frequently used the expression "India stands tall as a nation", and alleged that it was the country that had been "dwarfed" under a "weak" PM.

"Prime Minister is often heard using the expression India stands tall as a nation. But, the fact is that the country has been dwarfed under a weak PM," Jaitley said at the two-day state executive meet of the BJP which began in Patna.

"Even a small nation in the Indian ocean Maldives defies India. Pakistani soldiers behead our army jawan and parliament of that country condemns hanging of Afzal Guru ... despite all these the PM favours continuing dialogue with Pakistan delinking terrorists acts," Jaitley said.

Stating that Ottavio Quattrocchi escaped from the country while recently Italian marines left the country giving a 'wrong affidavit' in the Supreme Court, he said it was for the people to decide whether the United Progressive Alliance government had held the country's head high or dwarfed it. 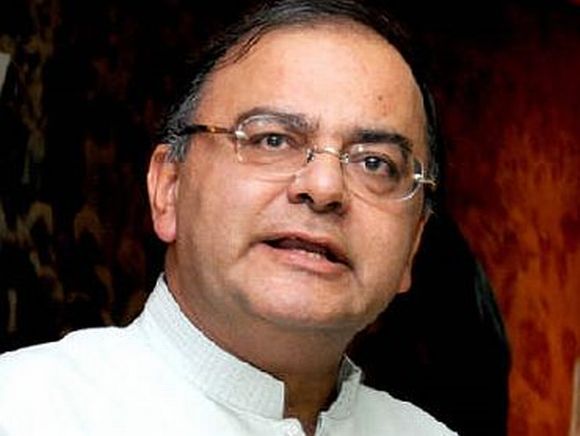 Jaitley, the Leader of the Opposition in the Rajya Sabha alleged that due to 'indecision' of the government foreign investments were not coming to the country.

"Investments of over Rs 7 lakh crore is hanging fire due to indecisive nature of the UPA government," he said.

Referring to 2G and Commonwealth scam and more recently the purchase of helicopters, he blamed the UPA allies of shielding the ruling coalition despite differences on several issues.

Hailing the leadership of Chief Minister Nitish Kumar and his deputy and senior BJP leader Sushil Kumar Modi, he referred to the state's demand for special status and said "Centre should not do politics with economically backward states in terms of their growth."