India among countries MOST vulnerable to natural hazards 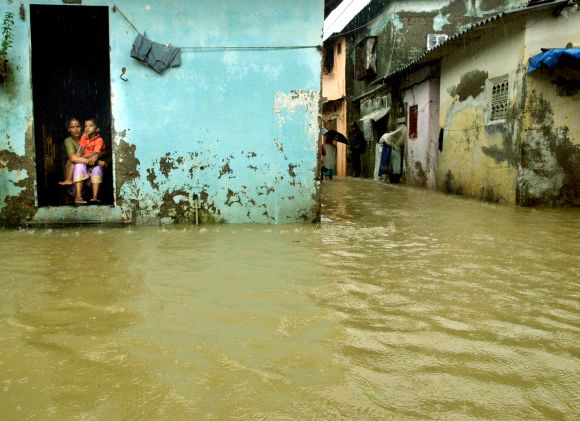 Image: A woman sits with her grandchild outside their house on a flooded street in Mumbai in July, 2006
Photographs: Adeel Halim/Reuters Syed Tashfin Chowdhury in Dhaka

The study pointed out that cities and trading hubs of these South Asian countries are more exposed to natural disasters like flooding, earthquakes and tropical cyclones, unlike other countries of the world.

Bangladesh, the Philippines, Myanmar, India and Vietnam are among the top ten countries, with the "greatest proportion of their economic output exposed to natural hazards", they also demonstrate "poor capability to recover from a significant event exposing investments in those countries to risk of supply chain and market disruptions", according to Maplecroft's research.

The aftermath of such disasters can "lead to sizeable business interruption costs" along with "material damage to essential infrastructure" thus exacerbating other risks like societal unrest, food security, corruption and rule of law even leading to increased political risk. 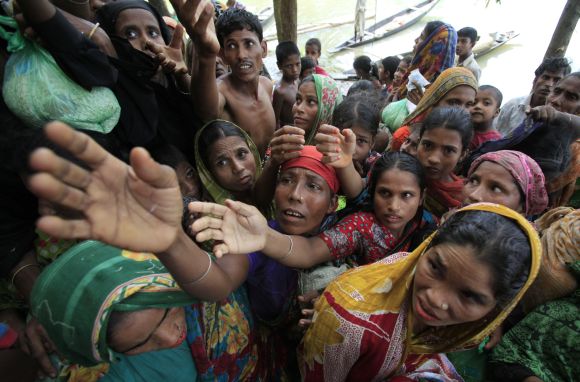 Image: People wait for food to be distributed by local organisations as they take shelter at a school building in flood-hit Sylhet in Bangladesh on June 30, 2012
Photographs: Andrew Biraj/Reuters

The top ten countries most at risk according to Maplecroft's Natural Hazards Relative Economic Exposure Index are: Bangladesh, the Philippines, the Dominican Republic, Myanmar, India, Vietnam, Honduras, Laos and Haiti. Bangladesh has ranked number one, Myanmar fourth with India tailing in at fifth.

"Given the exposure of key financial and manufacturing centers, the occurrence of a major event would be very likely to have significant impacts on the total economic output of these countries, as well as foreign business," explained Helen Hodge, head of Maps and Indices of Maplecroft, in a press release issued by the firm, last week.

Through the 2nd Natural Hazards Risk Atlas, Maplecroft identified Japan, China, Taiwan and Mexico as having the highest economic exposure to natural hazards in absolute terms, with economic losses for 2011 estimated at $380 billion by Munich Re. The March 2011 earthquake and tsunami in Japan accounted for approximately 55 per cent of this total. 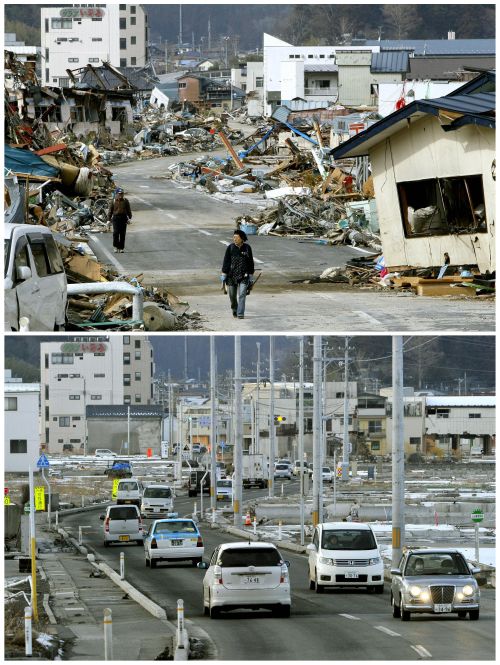 Image: The tsunami-devastated Yamada town in Iwate prefecture is seen in two images taken on March 14, 2011 (top) and March 1, 2012, in this combination photo
Photographs: Kyodo/Reuters

Maplecroft felt the absence of these factors in the emerging growth economies that fell under the 'Natural Hazards Relative Economic Exposure Index', this year.

The study also dreaded that in case of such disasters in these economies there would not only be disruptions in domestic economies, but also the operations and supply chain of most of the world's largest corporations, investing in these locations because of their significant growth opportunities, will most likely be affected.

The research also predicted that in case of such disasters economic output from these economies will be affected as the constituent workforces at say agriculture and industrial sectors are the poor here who will be most affected by natural disasters. Also, these economies will take years to "bounce-back" from such events similar to the scale of the Japan earthquake.

Japan has recovered drastically within a year after the fourth largest earthquake ever recorded hit the country in 2010. 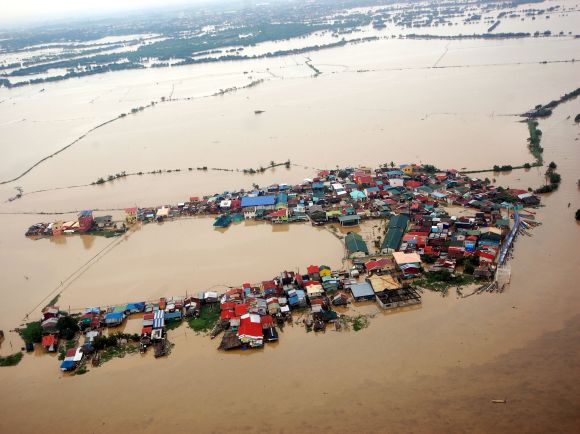 Image: Houses swamped by floodwaters in Bulacan province, north of Manila, Philippine seen in this aerial photograph released by the department of national defence on August 8, 2012
Photographs: Reuters

Some recent disasters go the distance to prove Maplecroft's predictions.

The Philippines' faced severe floods affecting the northern island of Luzon, including the capital Manila. The floods affected nearly 2.7 million people and have killed at least 66 people.

According to Maplecroft, large sections of the Philippine economy are exposed to typhoons, volcanic activity, landslides, floods and storm surges, a fact reflected by the 274 recorded disasters over the last 20 years. 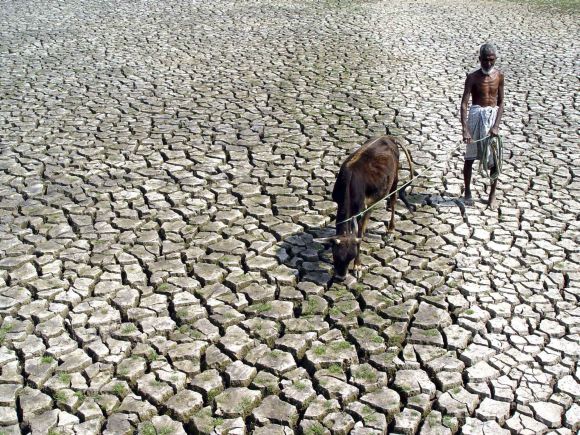 Image: An Indian farmer walks with his cow through a parched paddy field in Agartala, Tripura
Photographs: Jauanta Dey/Reuters

In addition, huge areas of India (ranked 5th in the Natural Hazards Relative Economic Exposure Index), are undergoing sustained drought, which is having a significant impact on agricultural outputs.

Montek Singh Ahluwalia, deputy chairman of the Planning Commission, has recently estimated that the drought will shave 0.5 per cent off the country's GDP, equivalent to approximately $8.4 billion.

But there is no need to despair as Helen Hodge assured that the "test for emerging and developing economies is to build a stronger capacity to meet the challenge of hazard prone environments. Failure to do so will risk their ambitious economic growth when the inevitable natural hazards strike."

Maplecroft CEO Alyson Warhurst stated, "This presents an exciting opportunity for business to contribute to reducing risk and thus to enhance their own security in the future economic growth environment. As the middle classes grow in these emerging economies the appetite for insurance will also grow, incentivising stronger disaster preparedness."