Sign in  |  Create a Rediffmail account
Rediff.com  » News » 'I don't want to be the guy who got shot by terrorists twice' 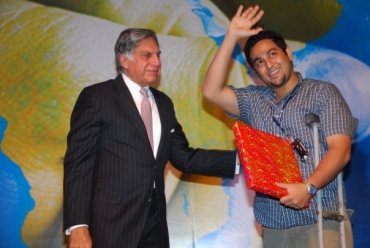 In spite of the near-debilitating attack he faced during the 26/11 siege, Ransley Santhumayor has moved on, without succumbing to bitterness or anger, finds Sanchari Bhattacharya.

Every day, when he boards Mumbai's local train to go to office, Ransley Santhumayor, 31, warily looks around for the presence of any suspicious packages. He checks under the seats and keeps an eye on his fellow passengers to detect any signs of suspicious behaviour.

When he alights at his destination, he tells himself quietly, "Aaj toh main bach gaya (I got saved today)."

"I am a little paranoid," he admits candidly.

He has every right to be. Ransley was among the 30-odd people who were shot and left bleeding, by Pakistani terrorists, in south Mumbai's Leopold Cafe on November 26, 2008.

It has been almost three years since the worst terror strike in India's history altered his life irrevocably.

But Ransley -- who believes that "self-pity is a bad thing" -- has moved on. He is cheerful and chatty and far removed from my pre-conceived notions of what a 'victim' of a terror strike should be like.

Making light of his self-confessed paranoia, he quips, "I don't want to be the guy who got shot by terrorists twice."

Ransley has recounted his story 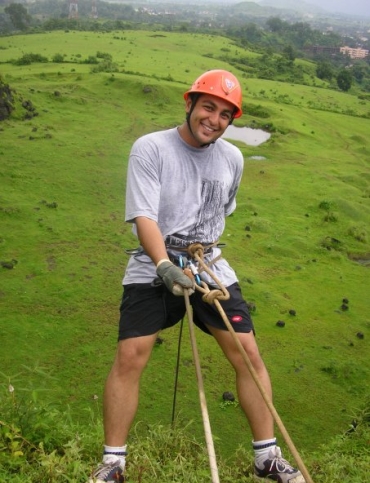 On the night of November 26, 2008, when he finally managed to call his brother-in-law Ryan to inform him that he had been shot, the latter initially didn't believe Ransley. The reason: in spite of a bullet shattering the bones of his right leg, in spite of being in excruciating pain, the tragi-comedy of the moment was making Ransley laugh.

Unlike other terror attacks that India faces intermittently and then forgets about, 26/11 has remained emblazoned in our memories. For, it was not a sneakily placed bomb in a car or an explosive device in a tiffin box that had unleashed terror.

On that Wednesday night, 10 terrorists had arrived in Mumbai via our unguarded sea route and brazenly walked into the heart of the city. Armed to the teeth, they had started shooting indiscriminately at the many men, women and children in their path, whose only fault was that they were at the wrong place at the wrong time.

Ransley, who was at the Leopold cafe when two terrorists walked in with their guns, was one of them.

It is a story that he has had to recount "a zillion times", but he doesn't mind doing so again.

'The firing went on for nearly two minutes' 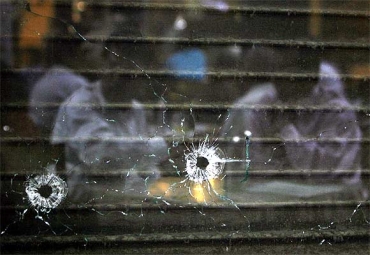 When the gunfire started that day, Ransley initially mistook it for a naughty prank.

"I thought some jackass had thrown a cracker inside the cafe. There was a pillar blocking my view, so it took me some time to figure out that there were two guys with guns inside. We ducked under the table. The firing went on for nearly two minutes."

When the firing stopped, Ransley opened his eyes; one of the terrorists was standing barely five feet away, looking at him and the others huddled around.

"For a moment, our eyes met, before he started shooting again."

After the terrorist walked away, Ransley opened his eyes again. He was surrounded by people lying in a pool of blood. Those still alive were shouting for an ambulance.

"I knew there was no point waiting for an ambulance there. I would have bled to death. I told my friend, 'I think I have been shot'. I was too scared to look at my leg."

'You want to get it out of your system' 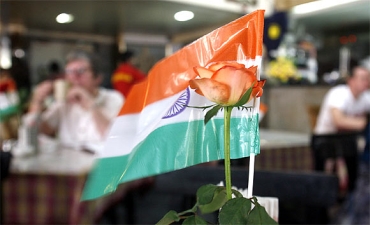 Image: Mumbai's, and Cafe Leopold's, message after the terror strike: We will not bow down
Photographs: Jayanta Shaw/Reuters

Ransley was rushed to the nearby St George's Hospital, where more scenes of horror and chaos -- heaps of dead bodies and ill-equipped medical personnel -- unfolded.

In spite of being in agony, Ransley remembers with clarity each and every painstaking moment of the one-and-a-half hours he spent at the government hospital, getting on and off stretchers and wheelchairs and eventually lying on the floor, being injected with painkillers.

Soon, his father arrived and took him to another hospital nearby.

The path to recovery was a long and painful one. Ransley spent almost two months in the hospital. Even after his release, he had to keep going back for treatment. A marketing professional, he was unable to attend office for over six months. He had to use crutches for two and a half years.

During the frustrating months of hospitalisation, he admits, there were moments when all he wanted to do was scream. "(There are times when) you want to cry. You want to get it out of your system."

'I am lucky that God saved me' 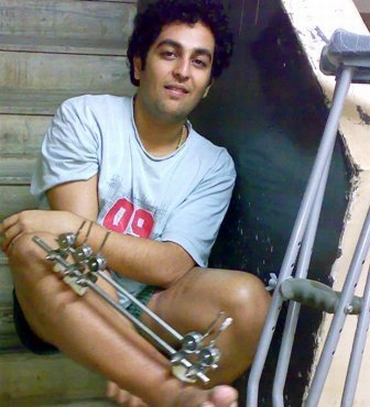 Image: Ransley during his recovery process

But Ransley was determined not to mope, not to break down in front of his devastated parents.

Even as his parents struggled to come to terms with the shocking reality, they were also worried that "iski shaadi kaisi hogi (how will we get him married now)," informs Ransley, tongue firmly-in-cheek.

Today -- after undergoing six surgeries, including a bone grafting procedure -- he walks with a slight limp.

But he has not let the incident leave a bitter aftertaste in his life. "Nothing and no one will stop for you. You might as well move on," he says matter-of-factly.

The traumatising incident has, ironically, strengthened his belief in the surprising kindness people are capable of. "You get to see the good side of people. They went out of their way to help me."

26/11 has also reaffirmed his faith in the Almighty. "People went through much worse. I am lucky that God saved me," he says with conviction. 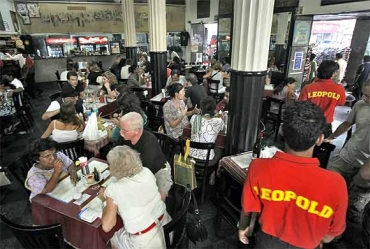 When I ask him if the fact that Kasab -- the only terrorist who was caught alive that night -- continues to be hale and hearty behind bars bothers him, he replies in the negative.

"Kasab doesn't bother me. To tell you the truth, I don't even follow it (the developments in the case). I don't blame anyone. Everything in our country is driven by politics," he says pragmatically.

He shrugs off the discomfort he faces everyday due to the remnant of his injury, saying, "There is no point in being angry. Anger will not give me my leg back. I might as well accept the situation and move on".

What does bother him till date is the fact that three years after the ten armed men exposed the glaring holes in our defences and our government's absolute ineptness in protecting its people, "nothing has changed".

Though he feels that "Mumbai is still as vulnerable", all he hopes for is that the next time terrorists want to strike, "they find it difficult to get their stuff in, to stage such a major attack that easily".