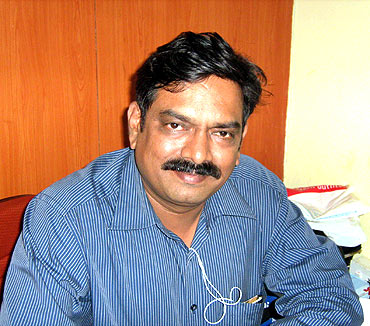 Several police inspectors went beyond their call of duty and stepped into the firing line to save others when terror struck the heart of Mumbai three years ago. Ganesh A Nadar meets some of them -- those who were hailed as heroes and those who were forgotten.

Inspector Sanjay Govilkar, who works for DB Marg police station at Grant Road in south Mumbai, was part of the team that captured Pakistani terrorist Ajmal Kasab alive on the night of November 26, 2008.

"When we realised that Kasab was firing and our colleague Tukaram Omble was not letting his AK 47 go, we acted very fast. We attacked Kasab with our lathis and kept hitting him till he fainted. Then we relieved him of all his weapons. He came to his senses in the hospital," he recalls

One of the bullets that Kasab fired grazed Govilkar's back, but he was unaware of that as he was too busy trying to capture the terrorist. After Kasab was taken to the hospital, he realised there was a burning sensation in his back.

Govilkar was bleeding profusely but the bullet had thankfully exited the wound.

"My wife feeds me well, so there was a lot of fat in my body for the bullet to pass through without harming me," he says with a smile, three years later.

He has also written a book about police procedural work, named Stop watch. "It has sold five editions in Marathi and now we have an English translation," he says proudly.

Govilkar also gets an incentive of Rs 1,500 with his monthly salary and has a life time pass to travel in second-class AC compartments all his life.

"I am very happy, please don't call me a forgotten hero," Govilkar warns me. 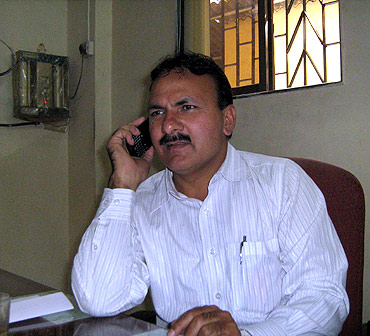 Assistant Sub-Inspector Bhaskar Kadam, the chief detective at DB Marg police station, was instructed by Inspector Mahale to go to Chowpatty and man the barricade there. He took his six subordinate detectives along with him.

When the Skoda carrying the terrorists stopped, the policemen asked them to surrender. The terrorists tried a U-turn and got stuck on the divider. Bhaskar Kadam and Inspector Hemant Bhoudankar both fired six shots at the driver, who died on the spot.

Kasab pretended to lie down. When Omble tried to disarm him, he started firing. He fired six bullets into Omble and one at Govilkar. But Omble did not let go.

Omble knew he was dying but was determined to save his colleagues.

Today, Kadam works for Crime Branch unit no. 2. When I ask him if people still treat him like a hero, he smiles and says, "They have forgotten. It was a long time ago and so many other things have happened since then".

Kadam got the President's Medal for gallantry for killing one of the terrorists and capturing another alive. He also received a cash award of Rs 75,000, along with a monthly incentive of Rs 1,500 and a life-time pass for trains.

"We both got the President's Medal and we are happy. It will be on our records forever," he declared, talking about the recognition he and Inspector Govilkar received.

'3 years have passed, nothing has happened' 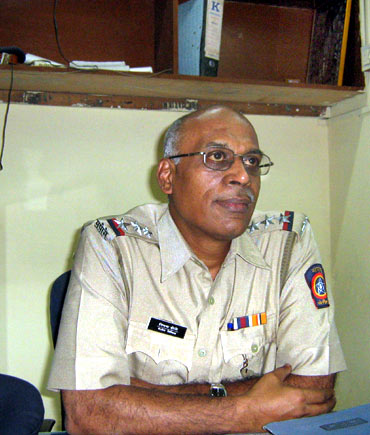 Inspector Deepak Dhole was one of the policemen who dared to venture inside Taj Mahal Hotel that night, immediately after it became clear that terrorists had taken over the luxury hotel.

Armed only with a small gun, he followed Deputy Commissioner of Police Rajwardhan Sinha into the line of fire. They managed to confine the terrorists to the top floors by firing every time they tried to come down the stairs.

DCP Vishwas Nangre Patil, who was watching the proceedings on CCTV cameras inside the hotel, informed them every time a terrorist tried to climb down the stairs.

When the terrorists set the hotel on fire, the policemen were forced to back off. The hotel guide took the DCPs to safety but the other policemen were left behind. Thanks to a brief stint he had with the United Nations, Inspector Dhole knew how to get himself and his team beyond the grip of the raging fire.

He grabbed a fire extinguisher, aimed it at the fire and ran through the path it created.

Dhole led eight men to safety. He had to spend three months in bed because his face had been badly burnt in the fire. For months, he could not go out in the sun.

He is yet to receive a promotion, a cash award or any kind of recognition.

At the time of 26/11, Dhole was working for the Colaba police station. Today, he is an inspector with the NM Joshi Marg police station in Parel.

It is 3 in the afternoon and he has not had his lunch.

"There was a morcha and I was on bandobast duty. I just came back," Dhole says.

On a touching note, he adds, "Will you share my lunch? It is home cooked food".

"You know, Home Minister R R Patil promised to get me a President's Medal for bravery. Three years have passed and nothing has happened," laments Dhole.

When United States President Barack Obama visited Mumbai in November 2010, he met the heroes as well as the survivors of the terror attack. But Inspector Dhole, the two DCPs and the policemen with them were not invited to meet the US President.

It is ironical as Obama met the heroes and survivors of 26/11 at the very hotel where Dhole and his men had fought the terrorists.

'No one acknowledges my contribution to Kasab's arrest' 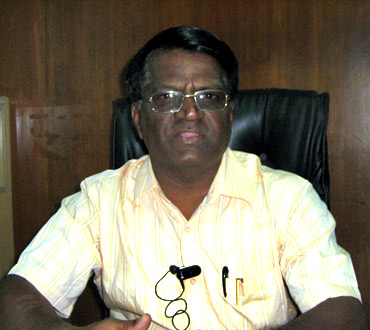 Nagappa R Mahale was the station Inspector at the D B Marg police station.  When reports started coming in about terrorists attacking south Mumbai, his first act was to put up barricades in two places.

He was on duty at Opera House while his colleagues were on duty at Chowpatty. When he got information that a Skoda was heading towards Chowpatty, he told the policemen to double the number of barricades, as terrorists could have tried to crash through the barricades.

By the time he reached Chowpatty, the policemen had already killed one terrorist and captured Kasab. He followed them to Nair Hospital. Mahale was the first Indian police officer to question Kasab.

"I tried to find out how many terrorists were there and which were their targets. He (Kasab) told me everything. They kept him in the hospital for a day till the Crime Branch took over," he says.

Meanwhile, Mahale had told the station inspector to file a FIR -- the first FIR registered against the terrorists.

Today, Mahale is an additional commissioner of police in charge of crime records at the director general of police's office.

But when asked about his promotion, he says bitterly, "It was routine, it was not because of 26/11."

"All the policemen on duty at Chowpatty got gallantry awards. But I, who directed them, neither got a award nor a reward. Nobody told me to put up the barricade; I did it on my own. That is why Kasab could be captured. Now no one acknowledges my contribution to Kasab's arrest," he adds

Mahale reveals that after handing over Kasab to the Crime Branch, he and his fellow policemen assisted the under-staffed Marine Drive police station in shifting bodies from the Oberoi-Trident Hotel.

"I did not even get a commemorative note. Is that too much to ask?" is his parting query.

He got noting for his significant act of bravery 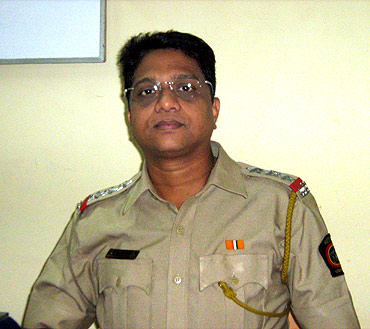 Inspector Kishore K Shinde, of the Marine Drive police station, rushed to the Oberoi-Trident Hotel when he heard about the terror attack. At the main entrance of the hotel, he spotted a plastic bag.

When Shinde picked it up, he realised it was very heavy. He opened it and saw black powder.

Shinde, who had taken a course in explosives in 2000, realised that it was RDX.

If Inspector Shinde had not spotted it, hundreds of people involved in the rescue attempts and many curious by-standers would have lost their lives.

What did he get for this significant act of bravery?

He didn't get an award, a medal, a promotion or any kind of acknowledgment. He was  transferred to the NM Joshi police station in Parel , where he works with another 26/11 hero -- Inspector Deepak Dhole.

We are an ungrateful nation!