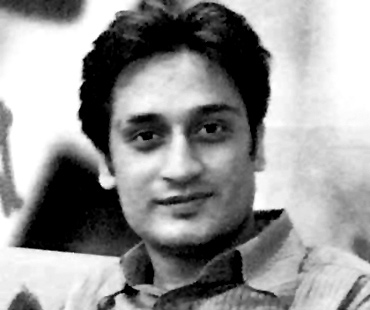 It was the motive and the conspiracy behind the murder of television executive that the prosecution really wanted to prove to secure a harsher sentence and conviction in the Neeraj Grover murder case. Ironically, it's on these very aspects of the case that the Sessions Judge MW Chandwani has come down heavily upon the prosecution.

All along the trial, the prosecution has argued that Maria felt cheated by Neeraj Grover, and that he was fooling around with her and using her on the pretext of giving her a break in a TV serial. Therefore, Maria developed a grudge against Neeraj. The prosecution insisted that it was this grudge that was the motive behind the murder. According to the prosecution, Maria and Jerome hatched a criminal conspiracy to eliminate Neeraj. It was in persuasion of this conspiracy that Maria telephoned Neeraj and called him over to her new apartment in 201/B Dhiraj Solitaire on May 6, 2008. She then called her fianc Emile Jerome Joseph, then a serving lieutenant with the Indian Navy, in the morning of May 7 2008. According to the prosecution both Maria and Jerome murdered Neeraj at flat number 201/B.

On the other hand the defence for Maria and Jerome had argued that had there been a conspiracy to kill Neeraj then both the accused would have prepared for the murder by pre-planning. The weapons would have been ready and the accused could have taken Neeraj to an isolated location. Defence lawyers made out a case before the court that, "circumstances of the prosecution case, itself speak that there is no criminal conspiracy between the accused persons to eliminate Neeraj."

'Call data record contrary to the case of prosecution' 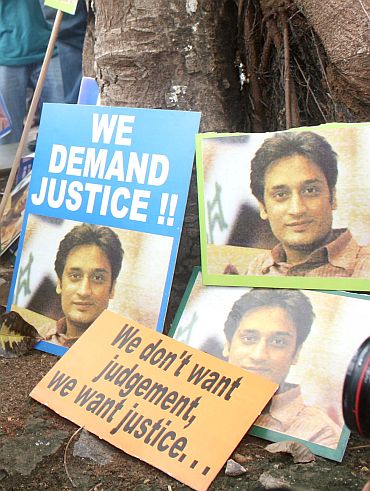 On the aspect of 'Conspiracy' (under section 120 (b) of the Indian Penal Code) Judge Chandwani notes that while the prosecution's case has been that Emile Jerome Joseph is a defence personnel, and that he flew from the naval base Cochin without obtaining leave, it was very easy to come with preparation of murder by bringing the murder weapon with him. "But it is not the case of the prosecution that Emile Jerome has visited Mumbai with preparation or with any weapon of assault to eliminate deceased Neeraj."

The judge has also completely negated prosecution's stand that it was Maria who invited Neeraj Grover by making a call to him on the night of May 6, 2008. However, the call data records show that it was Neeraj who called Maria on her cell phone. "So the call detail record is contrary to the case of prosecution." The judge further disregards the prosecution's theory by observing that "after the murder Maria went to Hypercity Mall for purchase of a big knife and bag for the purpose of disposing the body of Neeraj; she also borrowed a car from Kiran Shriyan. These circumstances itself go contrary to the theory of conspiracy. Had there been a conspiracy, the accused would have been prepared in advance."

According to Judge Chandwani, the most important circumstance which goes against the theory of prosecution regarding conspiracy is the weapon of assault - kitchen knife. The judge observes, "I am unable to digest the theory of the prosecution of conspiracy. If it is a pre-planned murder then the accused would not have used a kitchen knife. The accused number two (Emile Jerome Joseph), who was then serving in the Navy, could have easily arranged the weapon of assault to give definite design to the conspiracy."

'Maria had no motive, reason to kill Neeraj Grover' 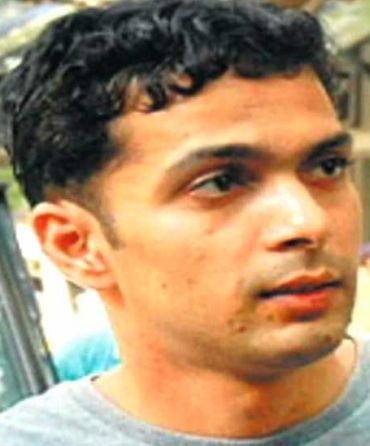 The judge says that while in the cases of murder, motive plays an important role, "I have already held that Maria had no motive or reason to kill Neeraj Grover."

Furthermore, according to the judgement, the fact that Maria allowed Neeraj, a young boy, to stay at her flat clearly meant that she was also unaware of Jerome leaving for Mumbai from Cochin. This rejects the prosecution's charge of 'Common Intention' to kill Neeraj Grover. The judge observes, "therefore the only hypothesis which remains, that after his sudden arrival at flat number 201, Jerome noticed Neeraj with Maria and committed crime".

However, the prosecution has successfully been able to prove the relationship between Neeraj Grover and Maria Monica Susairaj, that the flat 201 in Dhiraj Solitaire Building was leased by Maria Monica Susairaj, that Neeraj visited Maria's apartment on the night of May 6 2008, that both Neeraj and Maria had telephonic conversations, which was established through the exchange of calls between the two. 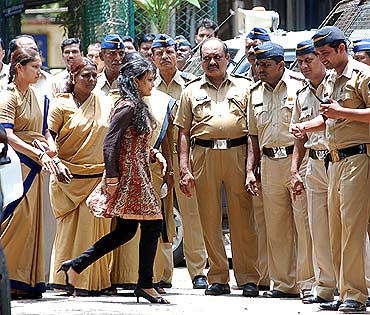 The prosecution has also managed to establish that Emile Jerome Joseph flew to Mumbai from Cochin naval base without obtaining leave. That Emile visited Maria at her flat number 201 in Dhiraj Solitaire in the morning of May 7, 2008. It's further been proved that the accused put the bags in a Santro car at the lobby of Dhiraj Solitaire. That remains of Neeraj Grover, were recovered at the instance of Maria at Manor. The blood stains found in the Santro car and at the flat were those of deceased Neeraj Grover and also that the chopper with which Neeraj's body was chopped, and the assault weapon (kitchen Knife) were recovered at the instance of Emile Jerome Joseph. Both the weapons had Neeraj's blood stains.

The judge notes that, "the only inference which can be drawn is that the accused number one (Maria Monica Susairaj) and accused number two (Emile Jerome Joseph) with the intention to cause disappearance of body of deceased Neeraj in a Santro Car and the body was set on fire at Manor Wada. So the circumstance unerringly point towards the guilt of the accused."

Elaborating on the spur of the moment action by Jerome, the judge observes that, "a defence personnel is expected to be obedient and have discipline. In spite of having knowledge that a disciplinary action can be taken against him, he flew to Mumbai, without obtaining leave." It's clear that Jerome went against the wishes of his parents to get married to Maria. "This is the obvious reason for the Jerome to fly to Mumbai. The only hypothesis, which appears in my mind is that after the talk on the phone with Maria, Jerome came to know that an unknown person is with Maria, late in the night and in her flat and Jerome got upset."

Judge Chandwani has also justified the lesser sentence that has been awarded to Maria Monica Susairaj by observing that, "Maria who is a lady, was alone with Neeraj who had plenty of brawn than herself. It would be impossible for Maria, a girl of 25 years old, by her feminine and with a feeble body, to kill Neeraj Grover."

Meanwhile, even though Maria Susairaj had confessed well in time, and shifted a large chunk of the blame on her fianc Emile Jerome Joseph, the court has only partially relied on her statement.

According to Chief Public Prosecutor, R V Kini, the State is expected to file an appeal against the sessions court's verdict and sentence in a week's time. With the judgment copy now handed over to the accused and the prosecution, the legal battle of appeals and counter appeals will now shift to the Bombay High Court.