Who is the next target of Arvind Kejriwal? 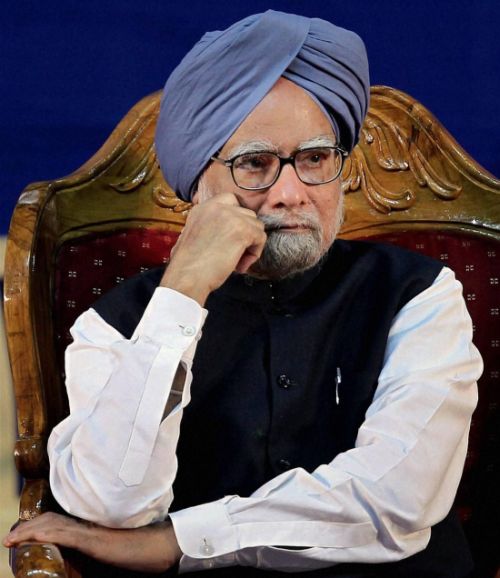 All this, and more, in this week's Dilli Gupshup

The prime minister has had to battle on two fronts. First, he had to ensure that likes of Finance Minister P Chidambaram, Corporate Affairs Minister Veerappa Moily and Law Minister Salman Khurshid ably defend him and, at the same time, the good doctor had to ensure that captains of industry do not get upset by the alleged expose.

Apparently, many influential business houses had cautioned him about the possibility of corporate houses taking undue advantage of their proximity to certain individuals.

Click on NEXT to read about Ghulam Nabi Azad's DLF connection...

What is Ghulam Nabi Azad's connection with DLF? 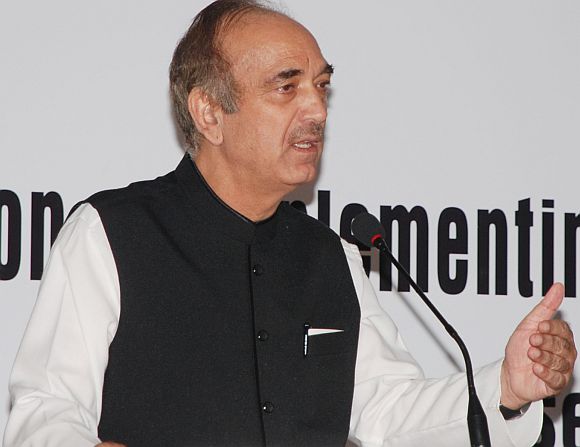 Activist Arvind Kejriwal's allegation of a Robert Vadra-DLF nexus has left another cabinet minister rather non-plussed.

In fact, Azad's son Saddam is said to be close to the DLF owner's grand-daughter.

Click on NEXT to read about Team Rahul avoiding the spotlight... 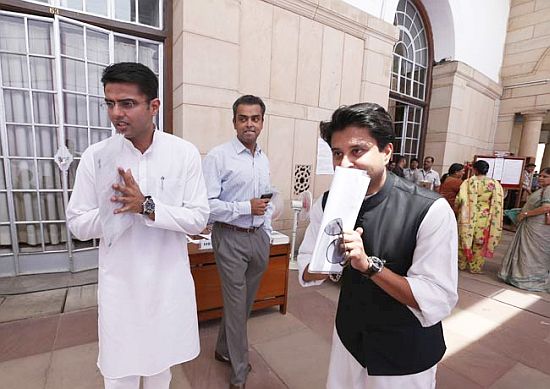 Where was Team Rahul? When jija ji (brother-in-law) Robert Vadra came under attack, the team of young MPs perceived to be close to Rahul Gandhi's charmed inner circle were missing from TV studios.

Except for Congress MP Sandeep Dixit, none of them turned up to defend Vadra even though most of them are part of the recently constituted media team of spokesmen that has Jyotiraditya Scindia, Ajay Maken, Sachin Pilot, MM Pallam Raju, Milind Deora, Jiten Prasad and RPN Singh.

Is there a bigger story here?

Click on NEXT to read about who Kejriwal's next victim could be...

Sniffing for Kejriwal's next victim 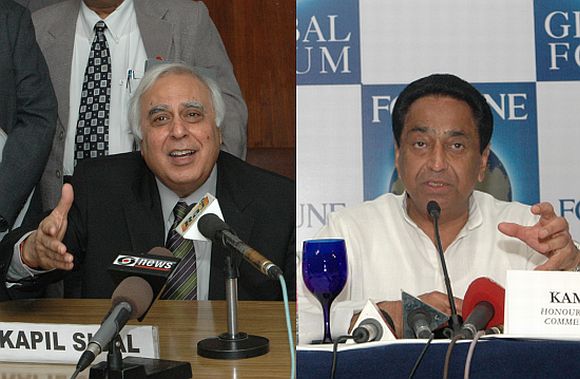 There is considerable disquiet and speculation in the Congress over Arvind Kejriwal's next target.

A number of media-persons, bureaucrats and social activists considered close to Team Anna are being regularly contacted for any tip-off.

All India Congress Committee insiders feel that Kamal Nath or Kapil Sibal may face some heat.

But sources close to Nath and Sibal say their political masters have nothing to worry about.

Click on NEXT to read about the Kejriwal angle in the Cabinet rejig...

The Kejriwal angle in Cabinet rejig 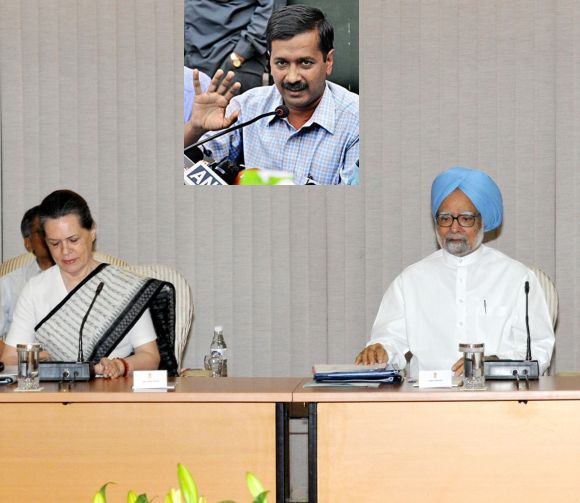 The impending Cabinet reshuffle and AICC rejig have a 'Kejriwal angle' now.

AICC functionaries, keen on getting into Team Manmohan, are flaunting their 'clean image' as a certificate to get into the government.

At the same time, some senior ministers, fearing expose and allegations, are showing greater interest in party work.