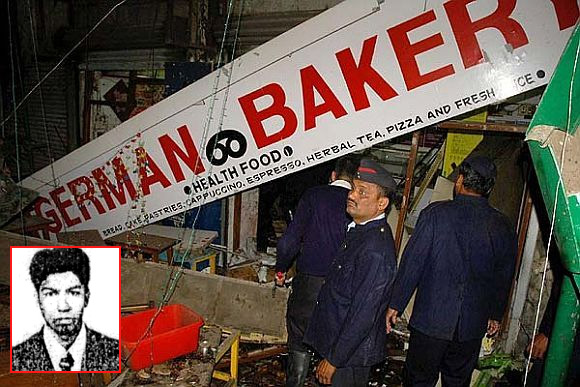 Mirza Himayat Baig, the lone convicted accused in the German Bakery blast case, was on Thursday sentenced to death by a Pune sessions court.

The court had on April 15 pronounced Baig, the only person arrested in the blasts that left 17 dead and 64 wounded at the popular eatery on February 13, 2010, guilty of involvement in the crime.

The punishment was announced after the judge heard arguments of defence and prosecution on the quantum of sentence.

Baig, a resident of Maharashtra's Beed district, was held guilty under sections 302 (murder), 307 (attempt to murder), 435 (mischief by fire or explosive substances), 474 (forgery), 153(A) (promoting enmity between different groups on ground of religion, race, place of birth, language and doing acts prejudicial to maintenance of harmony) and 120(B) (Criminal Conspiracy) of IPC. He was also pronounced guilty under various sections of UAPA and Explosives Substances Act.

He was given the death sentence under sections 302 and 120(B) of IPC, 16(A) of UAPA and Section 3 of Explosive Substances Act2 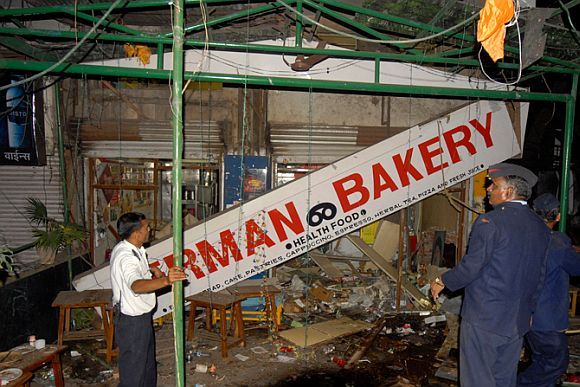 Image: Security personnel inspect the site of a bomb blast in Pune in September, 2010
Photographs: Reuters

The court had accepted the prosecution's contention that it was a "carefully planned and executed attack calculated to terrorise the public in general by causing extensive damage to life and property and that the primary objective was to undermine and reduce faith of the common citizen in the elected government and destabilise the system of law."

The judge also upheld the prosecution charge that the terror attack was specially designed to cause damage to the lives of foreign nationals visiting the country and its reputation on the matter of security.

Of the 17 killed in the blast that brought Pune on the terror radar for the first time, five were foreigners.

Lashkar-e-Tayiba operative David Headley, in his testimony before a Chicago court in the trial of his accomplice Tahawwur Rana, had admitted that he had recced and taken photographs of the popular hang-out.

Baig is the only accused arrested and convicted out of the seven charge-sheeted in the case. The five absconding accused are Yasin Bhatkal, Mohsin Chaudhary, Riyaz Bhatkal, Iqbal Bhatkal and Fayyaz Kazgi. Zabiuddin Ansari alias Abu Jundal, one of the handlers of 26/11 terrorists facing trial in other terror-related cases, has not been arrested in the German Bakery case. All the accused have links to Pakistan-based Lashkar-e-Tayiba or home-grown terror outfit Indian Mujahideen.