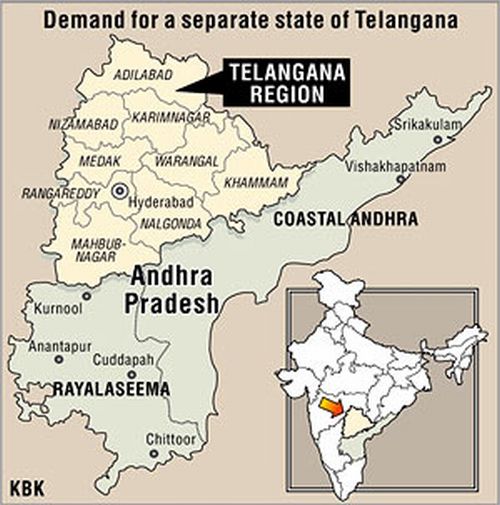 The Congress seems to have realised that a decision on Telangana cannot be delayed any further. A formal announcement on this could come by January 2013. Vicky Nanjappa reports

The demand for statehood for Telangana is likely to become a reality very soon if highly-placed Congress sources are to be believed.

Party sources in New Delhi told rediff.com that a decision announcing the creation of a Telangana state will be made very soon.

There are no further discussions on the anvil. The matter has been discussed and debated at length by Ghulam Nabi Azad and members of the Congress from Andhra Pradesh before a decision was arrived at, sources said.

Although no time frame has been given so far for the announcement, many are expecting that it could take place in January 2013.

The Congress finds itself on a sticky wicket in Andhra Pradesh. The battle for Telangana has been on since the past five decades and thousands have lost their lives for the movement. 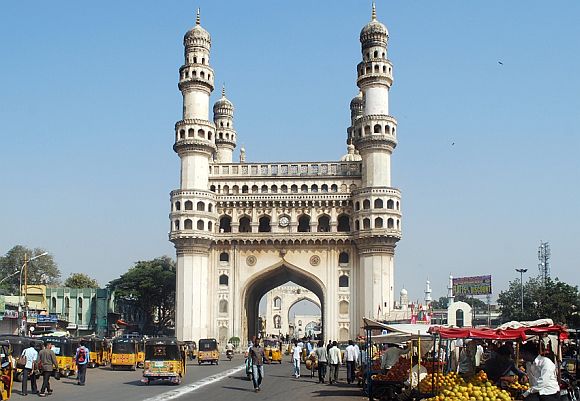 As the agitation for Telangana grew stronger following the death of late Andhra Pradesh chief minister Dr Y S Rajasekhara Reddy. Most of the protests emerged out of the Osmania university campus and over a period of time the agitation had become a student-driven movement.

The Congress did try its level best to keep the movement at bay for quite a while. However, the scenario in the Congress changed after Jagan Mohan Reddy broke away from the party.

His YSR Congress party has eaten into the Congress vote share in various parts of Andhra and Rayalseema regions. Despite his arrest, Jagan's mother and sister have done a fair job in leading the party ahead. Jagan's position though has taken a beating, as has not been in favour of a separate state.

The Congress now feels that announcing a Telangana state would be the best decision, as it stands to gain political mileage in the region.

However, even if a decision on Telangana is made there would be issues pertaining to its capital. Hyderabad is very much a part of Telangana. However once the announcement is made Hyderabad would not be taken away from the rest of Andhra Pradesh. It would remain a common capital for both Telangana and Andhra Pradesh for at least five years. 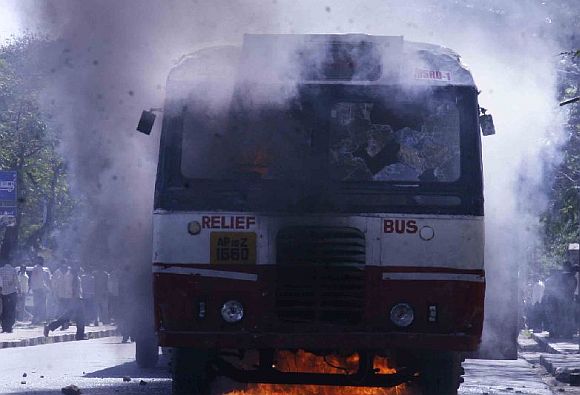 Dr Prithviraj, head of the Students' Joint Action Committee for Telangana, says that there is no issue whatsoever in sharing the capital.

Not looking to jump the gun on the latest development, Dr Prithviraj said: "We have heard this many times, but it appears inevitable for the Congress at the moment. Whether they are giving it from their heart or for their own political reasons is not a concern as long as they are forming the state. The people of Telangana will finally enjoy their freedom. We were first suppressed by the Nizam and then by internal colonization. Once Telangana is formed, then in a decade the graph of our state will grow very high."

Dr Prithviraj also points out that after the formation of Telangana the next fight would be to drive out 'feudal type of politicians'.

"No politician will be allowed to claim credit for this and there will be an entirely new wave of politics in the state. The likes of the Telangana Rashtra Samiti have only aided in delaying the movement and they too realize that once Telangana is formed their time is up."

Dr Prithviraj assured that people from the rest of Andhra Pradesh who are settled in the Telangana region will continue to live in peace. He was, however, quick to add that those who have exploited the people of Telangana will have to face the music. 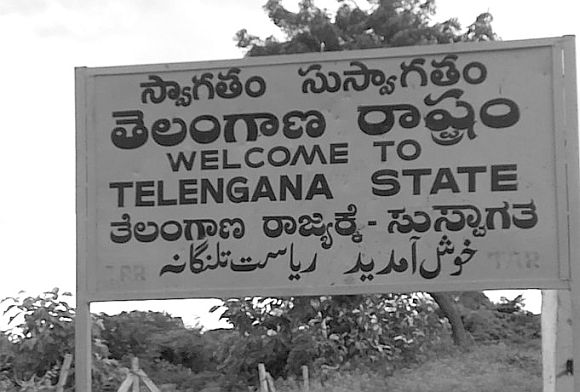 Meanwhile, Congress leaders from the Telangana region have welcomed the party's change of heart.

One such leader told rediff.com, "We have been telling our party that there is no joy in delaying the formation of the state. We have been criticised for not resigning to our posts. But we wanted to remain in the party and ensure that the formation of the state happens. Leaving the party would have meant that there would be no voice in Delhi to convey to the high command. We wanted to raise the issue at the plenary of the party held at Hyderabad, but were advised not to do so as we were assured of a positive decision in this regard. We have said that there ought to be some positive announcement by December 28 at least. We hope that an announcement as soon as that would be made."

Another faction in the Congress though is unhappy with the turn of events. Some are worried that they may lose badly in the Rayalseema and Andhra regions if the state is formed. But they have been told by the high command that it is extremely important to hold on to some part of the state rather than lose it all. 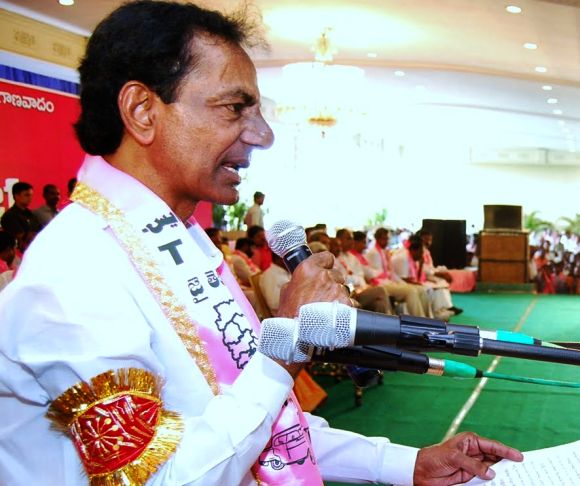 The political scenario in Telangana is likely to change post formation. The TRS, according to experts, will be wiped out once the state is formed.

All these years we voted for the TRS, as there was no other alternative and it appeared that they were serious about the cause. However, over a period of time we realised that they were out to delay the movement for their own political gain, Telangana activists told rediff.com.

Political observers say that if the Congress forms Telangana then the TRS is most likely to merge with the Congress. The TRS would go the Praja Rajyam Party way, as it would need the Congress in order to survive. However, if the Congress does not announce the formation of Telangana, then there is every chance of the TRS allying or merging with the YSR Congress party.