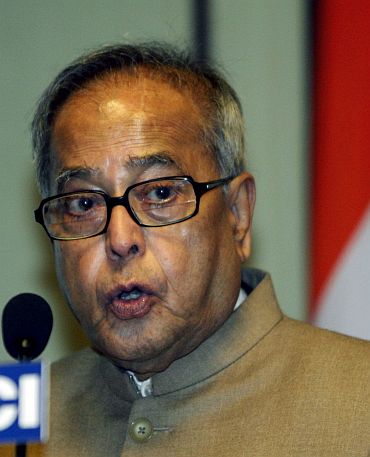 The Congress has launched a campaign to counter the anti-graft movement by Anna Hazare and Baba Ramdev and accused a section of civil society of trying to weaken democratic institutions.

"The Constitution has given the power to legislate only to Parliament and the state Assemblies. If 5,000 or 6,000 people dictate from outside what the Parliament ought to do, this will weaken democracy," Finance Minister Pranab Mukherjee told a press conference.

Mukherjee, who released a document in English containing his party's views on the issue, said the Congress was launching an awareness campaign all over the country.

"The documents will be made available in other languages. Debates, discussions and seminars would be organised right from the district to the block levels to put forth our views," he said. 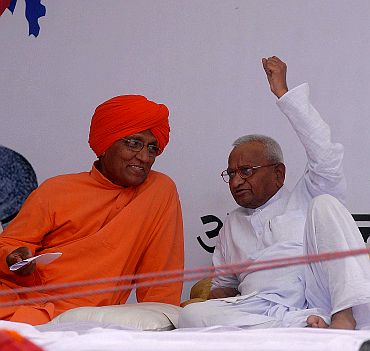 Referring to Hazare's deadline of August 15 for passing the Lokpal Bill, Mukherjee said the Centre had suggested that the Lok Pal Bill would be placed during the monsoon session of the Parliament.

It was not possible, however, to give a timeframe by when the bill would be passed, he said.

Mukherjee also ruled out acceding to Hazare's demand for videography of the drafting process of the Lokpal Bill, saying this cannot be done in view of the fact that the drafting committee members will express their views "freely".

Their views, however, would be available on audio recording, he said.

"Every word is audio-taped. When required, those may be published together," he said. 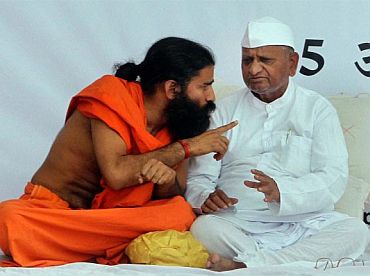 He said the audio-recording of every meeting of the drafting committee was available on the website of the Department of Personnel and "if people are interested, those can be heard from the websites".

Asked why the government had earlier held talks with Hazare and Ramdev, he said, "We gave them a chance, because if you do not talk to them, you will be accused of arrogance. Now that you have talked, it is said that you are weak."

To a question whether the situation now was similar to the situation that prompted the Centre to impose Emergency in the Seventies, he said, "It is not exactly the same, but there are some similarities ... But I can assure that there will be no repetition of Emergency." 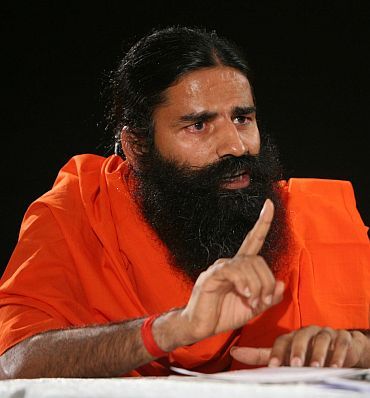 Asked why the government had initiated dialogue with Hazare and Ramdev, he said, "We wanted to give them a chance. If we did not talk, we would be accused of arrogance. Now that the government has talked, it is accused of being weak. Like questions are being raised as to why four ministers went to the airport to talk to Baba Ramdev and not to receive him."

Mukherjee, who circulated a note in English about his party's views on the issues, said that debates, discussions and seminars would be organised from the district to the block levels to put forth the party's views.

Mukherjee said that the RSS was raising the corruption issue because it had become "jittery" after the Congress accused it of having links with the Malegaon blasts.

Pointing out that corruption had not been an issue during the assembly elections in Assam, Kerala, West Bengal and Tamil Nadu, he said, "When political parties are rejected by the people and they want to resort to unconstitutional practices, it is unacceptable." 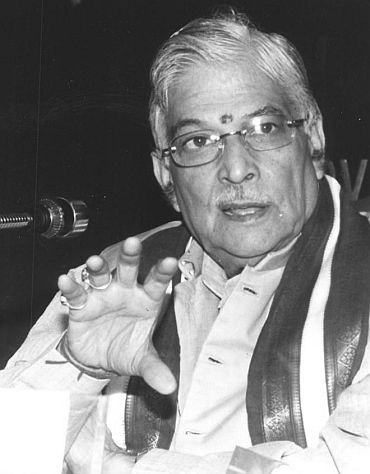 He said after the Congress performed better in the last Lok Sabha elections compared to the previous one, the BJP decided to stall Parliamentary proceedings over the 2G spectrum scam.

"We wanted the PAC to inquire because it is a permanent JPC headed by the Leader of the Opposition. But (the BJP) kept the Parliamentary proceedings stalled for various durations over the 2G issue. We accepted the JPC stand because we had to have the Budget Session to get Rs 12 lakh crore expenditure approved by the House," he said.

Mukherjee said after the JPC was formed, PAC chairman Murli Manohar Joshi demanded that he be allowed to investigate the scam. "The legal and constitutional position is that these two committees are now in confrontation."

Pointing out that a demand was now being raised for bringing MPs under the Lokpal for their misconduct in the House, he said Article 105 provided the members immunity from speech and voting. 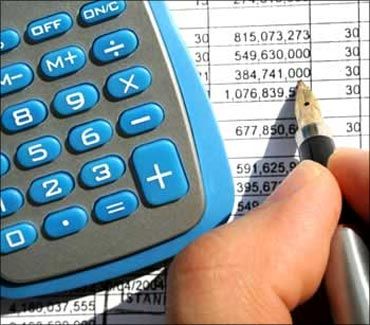 On the question of black money, the Finance Minister said the UPA-I had enacted the Prevention of Money Laundering Act with provisions for confiscating the property of the offender.

Under UPA-II, Rs 18,750 crore was unearthed in Income Tax searches, Rs 12,000 crore in Income Tax surveys and Rs 33,784 crore in mispricing goods and services. Besides, Rs 22,697 crore was collected due to special attention on cross-border transactions and business deals, he said.

On the demand for declaration of black money stashed abroad as national asset, Mukherjee said even if that was done, the government could do nothing "if the government of a foreign country refuses to part with the money." 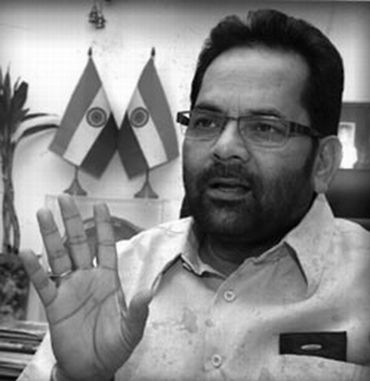 The BJP, meanwhile, looked to target Congress general secretary Digvijay Singh for describing the nine day old fast by yoga guru Baba Ramdev as 'nautanki' and described him as a cheap entertainer.

"What is Digvijay Singh? I see him as a joker of the congress party who loves to make people laugh. He makes cheap comments for entertaining his big bosses in the party. The way the congress party is conducting itself it would certainly become a party of jokes and the party could be renamed as Indian National Circus," BJP vice president Mukhtar Abbas Naqvi told rediff.com

Talking about the attitude of the government and its response to popular issues like fighting corruption, Lokpal Bill and bringing back black money in foreign banks, Naqvi said the government was totally insensitive to such issues.

"The government does not want to do something on blackmoney as a large number of persons having a foreign bank account to hide their ill-gotten money. Why should it take action against corrupt bureaucrats and politicians as most of them again come from congress," he said.