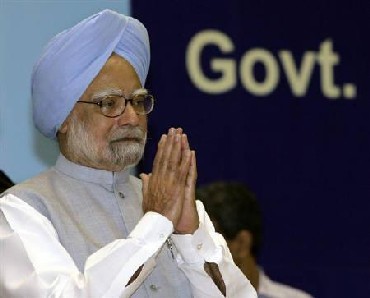 With the Comptroller and Auditor General reports providing ammunition to the Opposition to attack the prime minister, Congress on Friday dismissed Bharatiya Janata Party's demand for his resignation while party chief Sonia Gandhi held a "strategy meeting" with senior ministers and party leaders.

The meeting took place hours after the government faced a fusillade from the CAG which has estimated "undue benefits" of over Rs 3.8 lakh crore to private parties in coal blocks allotment without bidding, Delhi airport development and diversion of coal to a power project. 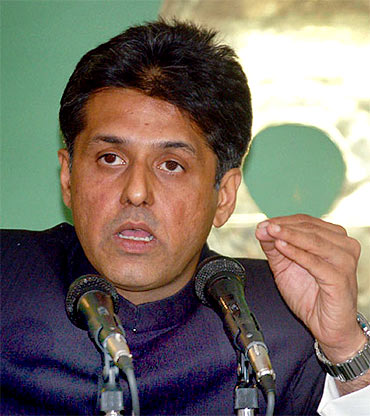 The three CAG reports on coal allocation, development of Delhi airport by GMR-led DIAL and ultra mega power project of Reliance Power Ltd were tabled in Parliament on Friday.

The Opposition was quick to capitalise on the CAG reports with BJP demanding that Prime Minister Manmohan Singh resign owning "moral, political and personal" responsibility for the wrongful loss due to coal block allocations.

At the AICC briefing, party spokesperson Manish Tewari rejected the BJP's demand as "uncalled for, unwarranted and attempt to score political brownie points".

Coal Minister Sriprakash Jaiswal also rubbished the reports saying they were not in agreement with the CAG calculation while Minister of State in the PMO V Narayanasamy said the auditor has not followed the Constitutional mandate.

'CAG does not understand basis of development economics' 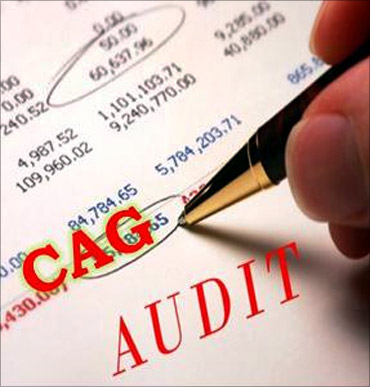 At the AICC briefing, Tewari accused the BJP of double standards saying the Opposition party says one thing when the CAG points out acts of omission and commission of BJP-ruled state like Chhattisgarh and Gujarat but when it concerned "any department of Government of India, BJP is quick to shoot from the hip".

Suggesting that the Centre has done no wrong by the allocation of coal blocks, Tewari said that the Chhattisgarh government and Rajashtan, both ruled by the BJP, at that time had spoken against competitive bidding and similar was the stand of West Bengal then ruled by the Left parties.

Picking holes in the CAG report speaking of windfall profits, he said that the panel had compared apples and pears.

Rejecting BJP's contention, he wondered what can one do "if CAG in its wisdom does not understand basis of development economics".

Asked whether there was need for setting up a JPC into the issue, he said a prominent BJP leader remarked that such a committee was a waste of time.

He steered clear of the finding of the CAG report on Delhi international airport saying he had not gone through it.