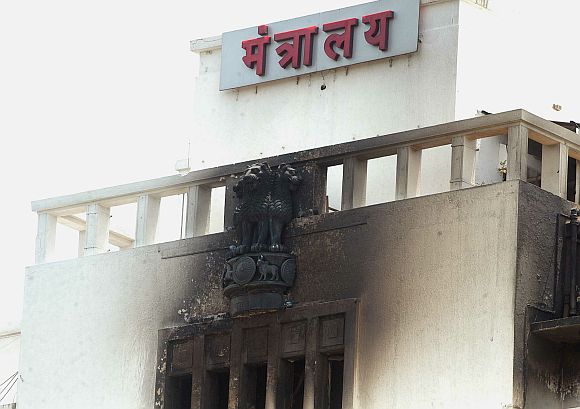 Chavan told media persons that 2.25 lakh files had been digitalised and 3.18 crore papers had been scanned prior to the incident.

"Hard disks of damaged computers will be retrieved, for which assistance of NASCOM and IT experts, including foreign agencies, will be taken," Chavan added.

Adarsh files: 'We have photocopies with us' 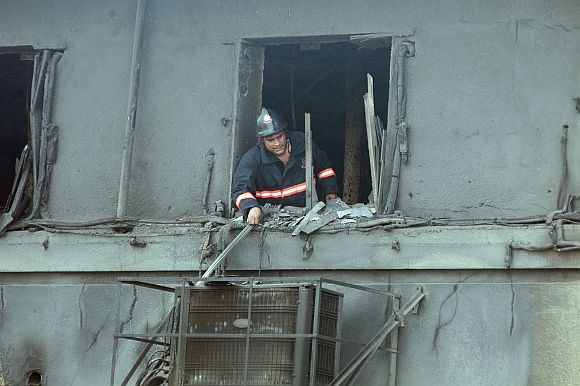 Referring to speculation that files related to Adarsh housing scam may have been damaged, Chavan, who also holds the Urban Development portfolio, said the papers were with the Central Bureau of Investigation and the judicial commission.

"We have photocopies with us. Hence, the speculation that Adarsh probe will be hampered due to the fire is ruled out," the chief minister said.

Files of Land Ceiling department too were safe, he said. 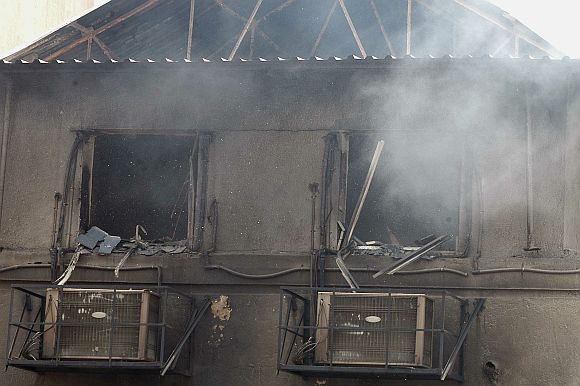 All the files at Mantralaya will be put in steel trunks and taken to a safe place, he said. Secretaries of respective departments had been entrusted the task of recovering the files, he added.

Entry to the building was prohibited and the access would be allowed only after a structural audit, the chief minister said.

Fire damage: 'First 3 floors have been flooded with water' 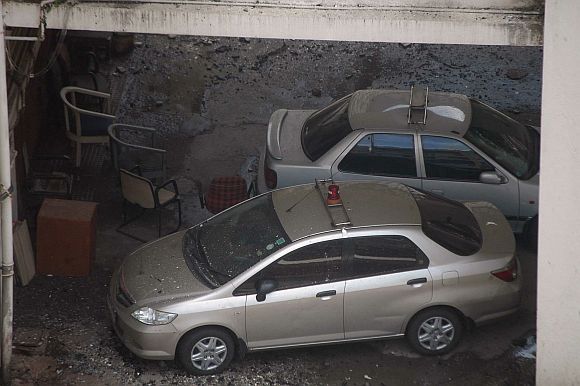 Ministers had been asked to shift to their offices in the nearby legislature complex temporarily, Chavan said. "They can also function from the field offices of their respective departments."

CM's room: 'Door of my chamber is strong, made of wood' 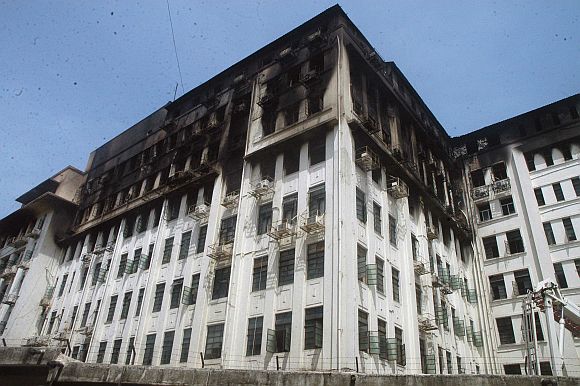 To a question on his deputy Ajit Pawar's comment expressing surprise how the chief minister's chambers survived the inferno, Chavan said "my conference room and cabinet room have been damaged severely. The door between these two rooms and my chambers is strong, made of wood. Perhaps, it is the reason why the damage in the chambers was minimal. My chambers are paperless and there was only one notepad on my table."

Chavan said he would discuss the fire and the steps being taken by the government in its aftermath with the opposition leaders later in the day.

The chief minister appealed to the people to avoid rumour-mongering, describing the fire as "an accidental calamity".

"No doubt, the government's functioning will be affected. But our endeavour will be to minimise the impact," he said.