Sign in  |  Create a Rediffmail account
Rediff.com  » News » Campaign to pardon Sanjay Dutt is not HELPING him 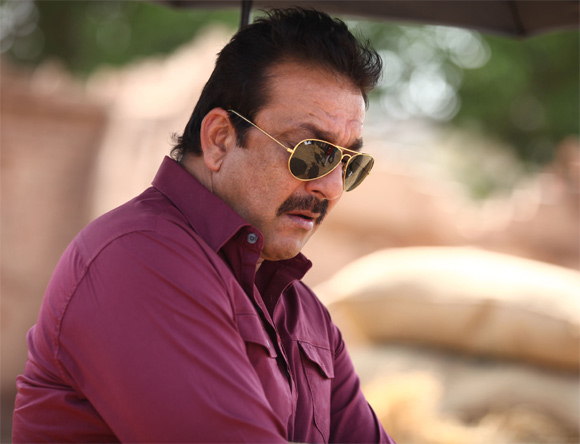 There is little doubt that Sanjay Dutt is much changed from the man he was in the early 1990s. Then, it was whispered throughout the film studios of Bombay -- as it then was -- that he was unreliable, even dangerous. When he was arrested for the possession of illegal arms in the same week as his big-budget movie Khalnaayak (Villain) was released, more than a few people raised their eyebrows at the coincidence.

Nor was Dutt's crime insignificant, in the heightened tensions that marked that period in India's commercial capital's history. Dutt stored semi-automatics and even hand grenades that had been provided to him, the prosecutors alleged, by those responsible for the bomb blasts that had stunned the city and the country in early 1993.

But that was a long time ago; and, today, as Dutt is sentenced to five years in prison under the Arms Act -- with a good number of months still to run on that sentence -- many hasten to point out that so much has changed. Mumbai is peaceful, and has demonstrated a  "resilience" in the face of terrorism, riots and adversity that have launched a thousand newspaper editorials.

Campaign to pardon Dutt is not helping 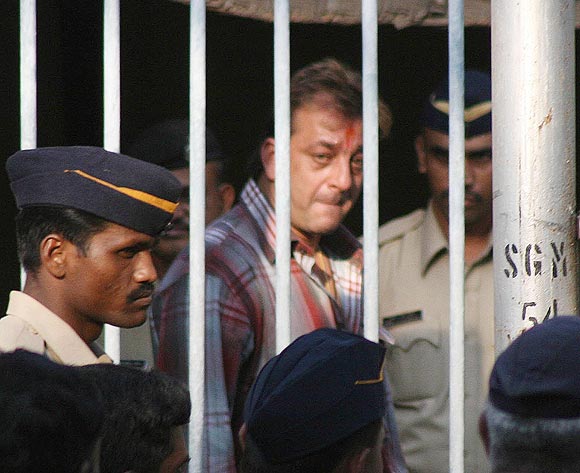 Dutt himself is now a pillar of the community and the film industry -- and has even, as former Supreme Court judge and current head of the Press Council of India Markandey Katju pointed out, managed to update and popularise elements of Mahatma Gandhi's teaching through his films.

Not to mention the fact that he comes from a family that has produced even greater pillars of the community; both his father, the much-loved and widely respected actor Sunil Dutt, and his sister Priya Dutt have been elected to Parliament. Surely, many argue, such a man deserves a pardon for long-ago acts taken in defence of his family?

Dutt himself, in an emotional press conference towards the end of last week, insisted he neither expected nor was applying for a pardon, in spite of the campaign among his friends and associates for one.

Indeed, his friend and fellow actor, Raveena Tandon, has sensibly pointed out how the high-profile pardon campaign would have hurt him -- after all, instead of letting Dutt serve his time quietly and hope for an early release because of good behaviour, the campaign will have forced the legal system into a position where it must demonstrate its impartiality.

Campaign to pardon Dutt is not helping 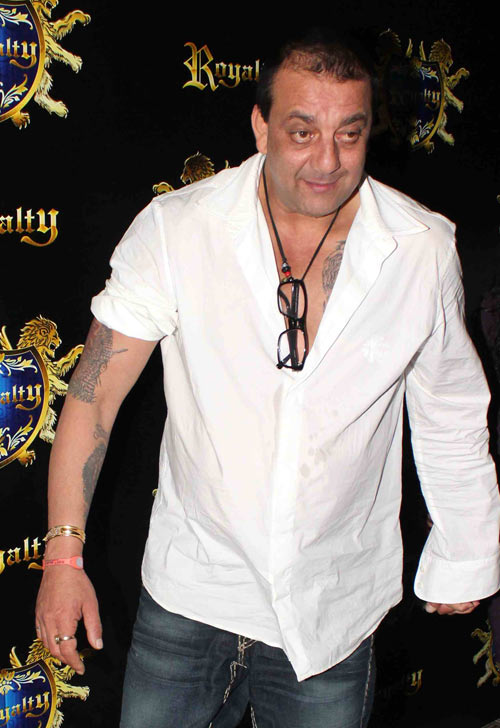 For impartiality requires that any demand for a pardon for Dutt not take into account his films, or his social work, or his illustrious family, or that he is the father of young children. None of these should matter for the execution of his sentence.

As an American judge told another defendant, Rajat Gupta, when his friends had inundated the court with an account of the defendant's good works and noble character: "History is full of examples of good men who did bad things." In the legal system, acts are on trial, not people.

However, it is worth reflecting on the moment that Dutt's trial takes us back to -- the fraught aftermath of the demolition of the Babri Masjid in 1992, when Bombay's Muslim residents felt under threat, when the city's practitioners of political Hinduism felt empowered to show local Muslim communities their place, and both offshore gangsters and Pakistan's intelligence agencies felt able and willing to take advantage of the situation.

Instead of pardoning Dutt, the Indian State would do better to ensure that the times that caused Dutt to be so in fear of his and his family's life that he was willing to take military-grade arms from gangsters are gone for good.