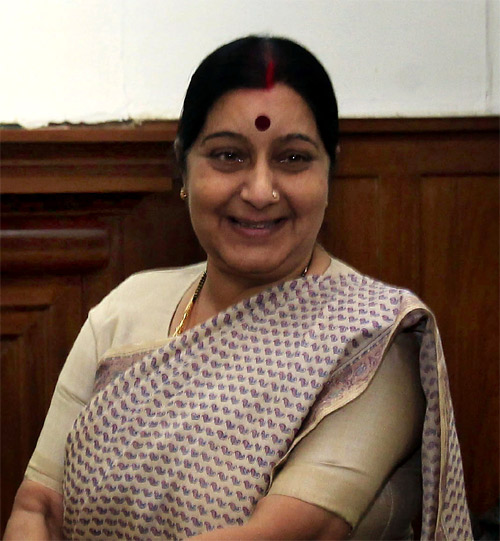 With all its satraps pulling in different directions, the Bharatiya Janata Party's top leadership seems to be standing still, says Aditi Phadnis

Politics around the next President of India shows you how badly the Bharatiya Janata Party has lost the plot.

First, Sushma Swaraj said the BJP would not support a Congress nominee because that party would be the BJP's principal adversary in 2014. This declaration contributed in helping the Congress make up its mind about its own strategy for that election.

Then, time passed. There appeared to be little or no anxiety in the BJP to decide its nominee.

Then, the BJP adopted Purno Sangma -- launched by BJP adversary Naveen Patnaik -- as its candidate while making it clear that Sangma had not been its first choice. What could have been a move as strategic as fielding eight Roman Catholics in the Goa Assembly elections, became a mealy-mouthed political gesture to a minority made in bad grace.

And now the level of the presidential campaign has sunk so ridiculously low -- with allegations of a forged signature -- that it would be laughable if it were not so sick-inducing. 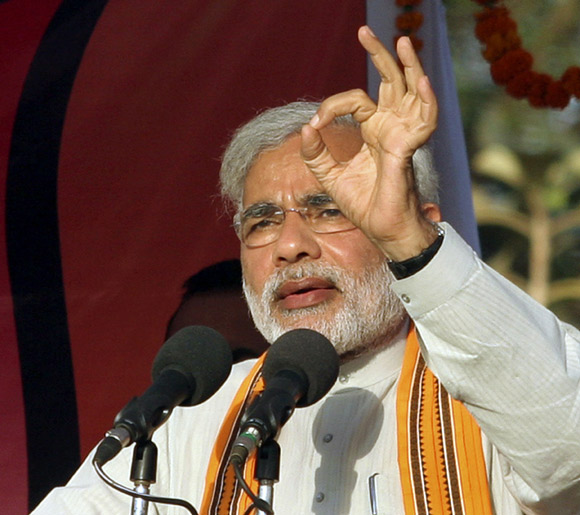 Not knowing where to go is no crime. But with all its satraps pulling in different directions, the BJP's top leadership -- and that includes L K Advani, Nitin Gadkari, the lot -- seems to be standing still. The party has been assaulted so badly, it hurts to laugh!

Take the events in Gujarat. Chief Minister Narendra Modi has demonstrated he's a winner -- but the party, a loser. Eighty-three-year-old Keshubhai Patel, along with his merry band of men including Suresh Mehta and Kanshiram Rana, has announced that he will launch a "Bas Ab To Parivartan" (enough, now: change) campaign from July 8 to dislodge Modi.

Patel came to Delhi but got no hearing. True, Modi has been winning every election in Gujarat in the last 10 years. But while the BJP's vote was 40 per cent in the last assembly elections, the Congress's vote was 38.8 per cent and the Bahujan Samaj Party's four per cent.

Govardhan Zadafia, one of the protagonists of the "parivartan" campaign says their group will seek nothing from the Congress -- it is the rectification of the BJP, it seeks. So, its appeal will be to the Hindus of Gujarat. If instead of 117 seats out of 182 that the BJP currently has, its tally dips to 90 -- what then? 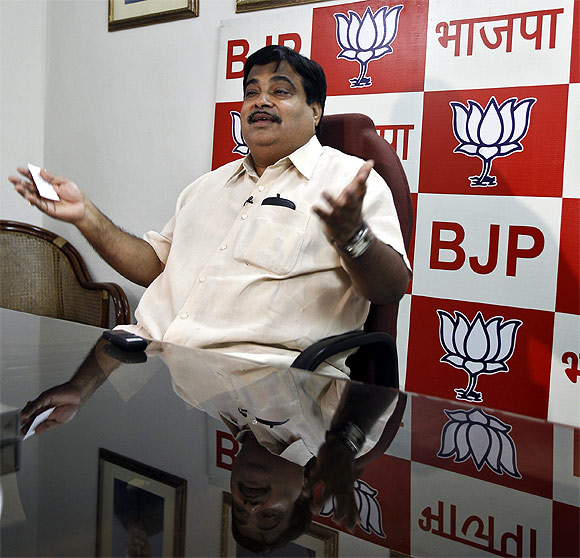 In Rajasthan, though the BJP is in opposition, it has a fair chance of coming to power -- if it can stop squabbling. Vasundhara Raje wants to be acknowledged as the next chief minister designate from the BJP. Everyone including the usual suspects like the Rashtriya Swayamsevak Sangh is opposed to this.

Himachal Pradesh has its own set of problems. Serious infighting between factions mimics the differences between Virbhadra Singh and the rest of the Congress in the state.

The question is: why isn't party president Nitin Gadkari taking a stand? Gadkari and his backers, the RSS, seem to think they've got it all taped: in 2014, high prices will shift the entire middle-class vote from the United Progressive Alliance to the National Democratic Alliance, and armed with the support of this group, the alliance won't even need to name a candidate for prime ministership. 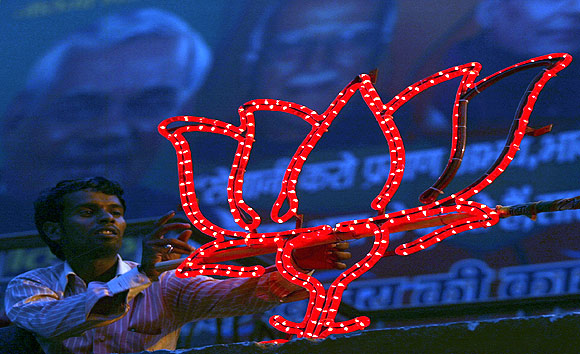 Then, as it drives to Rashtrapati Bhavan to stake its claim, it can quickly decide who the PM will be. That way, it will keep the RSS and Modi on the same side as troublesome allies like Nitish Kumar.

But there are serious problems with this scenario. Despite getting Uma Bharati back into the party, the sorry result from Uttar Pradesh in the assembly elections suggests the party is in deep trouble. From two Lok Sabha seats in 1984 to 181 in 1998 was a stupendous increase.

But now? Karnataka and Gujarat are fragmented. UP is all but gone. Andhra Pradesh and West Bengal is arid ground. And Maharashtra is slipping out of the grasp.

So where does that leave the BJP? The NDA? Nitin Gadkari? In dire straits. And that's being kind.