Sign in  |  Create a Rediffmail account
Rediff.com  » News » Asking me whether I will be prime minister is wrong: Rahul

Asking me whether I will be prime minister is wrong: Rahul 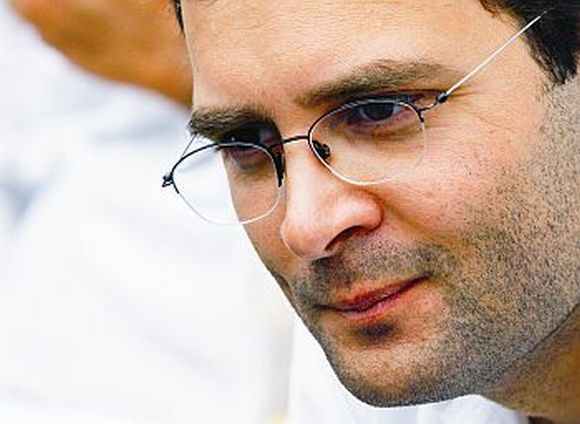 "Asking me whether you want to be prime minister is a wrong question," Congress Vice President Rahul Gandhi said on Tuesday.

He made this suo motu remark while interacting with party members of Parliament amid growing clamour in the Congress for projecting him as its prime ministerial face before the next Lok Sabha elections.

Gandhi also gave signals that he was against the 'high command culture', saying that he wants to empower more and more people than a handful, who call the shots.

'I want to give voice to the middle tier' 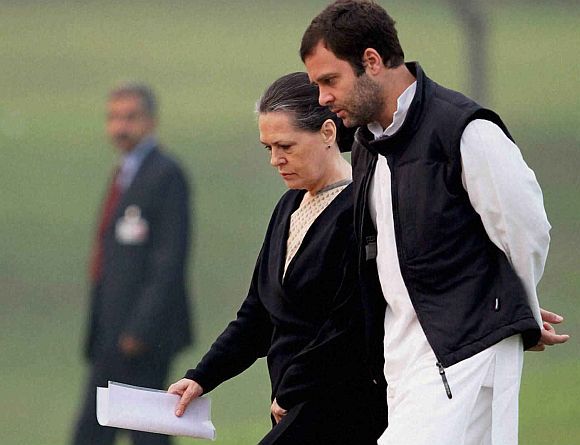 The 42-year-old leader told the MPs in no uncertain terms that the organisation was his priority and he was preparing for a long haul.

"Today I see how MPs feel without power and it is the same story in all the parties, be it the Congress or the Bharatiya Janata Party. I want to empower the 720-odd MPs in Parliament.

"I want to give voice to the middle tier...empower the middle-level leaders. There are some parties in India which are run by one leader (Bahujan Samaj Party), two leaders (Samajwadi Party), five to six leaders (BJP) and 15 to 20 leaders (Congress). My priority is that I want to empower the MPs as also the 5,000-odd legislators in various states," he said.

'My grandmother was under severe assault 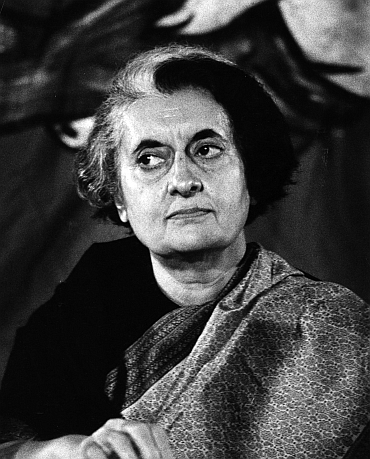 He also hinted that he has no immediate marriage plans, saying, "If I get married and have children, I will be status quoist and will like my children to take my place."     Gandhi said the high command culture started in the 70s when "my grandmother was under severe assault...I knew her and if I would have been in her place, I would have also done likewise

He gave ample signals that he wanted to change the organisation drastically from top to bottom and his ideal was Mahatma Gandhi and he believed in the 'Nishkam Karma' of the Gita.

Calling the Mahatma 'my guru', he said Gandhiji could inspire people as also the rank and file of Congress as they knew that he was not one who is hankering after power.