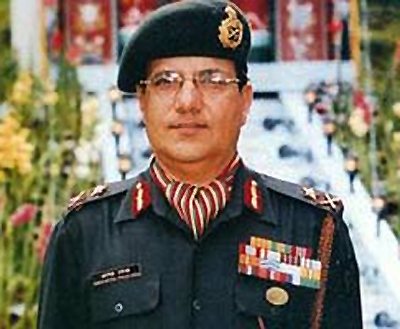 Former military secretary Lieutenant General Avadesh Prakash has accused outgoing Army Chief General V K Singh him of being biased and vindictive, two days after the latter ratified a court martial decision to dismiss him from service over the Sukna land scam.

In an interview with CNN-IBN, Lieutenant General Prakash claimed that the Army chief had ensured that he was punished in spite of being not guilty.

In one of his last decisions, Army chief General V K Singh has ratified your dismissal on account of the land scam. Are you going to challenge that, are going to take legal recourse?

Certainly. I am going to take recourse to those, I shall be challenging it (the army chief's order).

On General V K Singh's allegation that you were responsible for this age row...

The basic principle of justice is that anybody or any competent authority who is interested in a case cannot take any action. He cannot sit on a judgment. Now, in this case, the confirmations done by General VK Singh is very much part of the judgement. That's because the General Court Martial proceedings are finalised after that.

I would say that General V K Singh has been interested in this case right from the beginning, from the time the court of enquiry was ordered in September 2009. That's the time he had recommended my dismissal from service.

On General V K Singh's allegations, that you were the man behind raking up the age row issue after he became the Army chief...

This is a wild allegation that he has made. The controversy over his age issue started sometime in 2006 when General Richard Khare was the military secretary, thereafter General Gangadharan carried out the complete investigation on the directions of the then chief of army staff and the case was considered closed. General V K Singh accepted May 10, 1950 as his date of birth. The case had been settled once and for all.

I took over as military secretary in May 2008. Sometime in December 2008, General V K Singh approached me and he wanted to revive the age issue. On directions of then Chief of Army Staff General Deepak Kapoor, it was conveyed to him that the case was closed, but he kept insisting and wrote 3-4 letters. In one of his letters, in May 2009, he expressed his annoyance on me. Thereafter, there was no further action as far as the age issue is concerned. 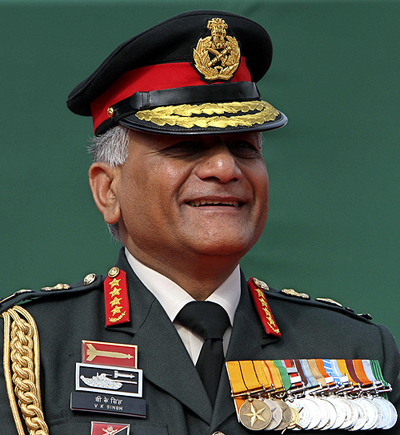 The issue came up only after the RTI was filed?

Has the army chief been relentless about getting his date of birth corrected?

Exactly. He has put a statutory complaint and ultimately he approached the Supreme Court. Now he is blaming me for the age row; I don't understand.

Another allegation that he makes is that the age row is related to the Sukna investigations, that once he started the proceedings against you in the Sukna probe, you were vindictive and that is why the age controversy was raked up.

About the Sukna issue -- The land in question is adjacent to Sukna military station. It is not army or defence land. The land belongs to the West Bengal government, it is on lease to tea estates and there was a Memorandum of Understanding signed between the 33 corps headquarters and tea estates sometime in March. It was brought to the notice of General VK Singh when he was the army commander. He said cancel the MOU.

This was sometime in May and it was cancelled. After almost six months, this court of enquiry was ordered. The last letter of his came to me in May 2009 and that is the time the MOU was cancelled. I am trying to say why was this court of enquiry  ordered after six months? The Sukna issue has preceded the age row issue, which I have nothing to do with. That's the point I am trying to make.

This particular confirmation means that you are not entitled to any military benefits and this means you are not allowed to use your rank. I am sure the last one, one-and-a-half years have been pretty rough on you?

It has been a difficult time. An army man, he always looks for honour after 40 years of service. This is what a person who is biased and who wants to be vindictive towards you (can do). I have suffered.

'He got his mind biased against me' 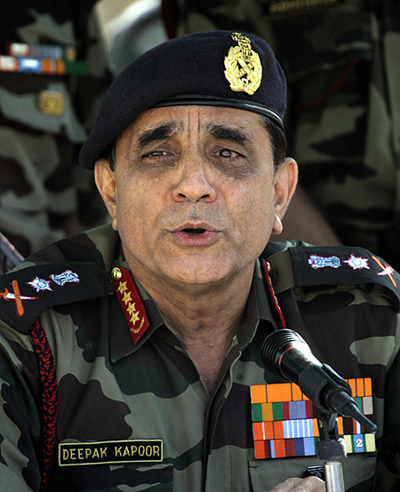 You are saying he is being vindictive but the fact of the matter is that if you date back to a lot of the correspondences that have happened between you and General V K Singh, they have been very charged in nature. And he went on to say that he was almost pressed by you and General Deepak Kapoor to sign on that date of birth, that is not something he did out of choice.

All this had happened before I took over as military secretary but he believes that I am behind it because the complete correspondence which took place between me and General V K Singh on the directions of General Kapoor was also forwarded to the defence ministry. For him to perceive that I am behind the age row, he has got his mind biased against me. He perceived that I am the one (who raked up the) age row and he has been following that up to see that I get punished.

Pardon my saying so. There is a procedure of law that has been set up. The law has taken its own course in the Army. Are you alleging that all that was not clear and that General V K Singh ensured that you get the strictest punishment possible?

During the court of enquiry for the first 20 days, the witnesses who came deposed very fearfully. After that, under pressure, they made changes in their statements and started bringing my name in connection with abetment. I would not like to go into the details as to how these things have been conducted because that will be part of my appeal.

I was not happy by the way the proceedings were conducted. I would be challenging those in a court of law.

This was one of the Army chief's last decisions, just 10 days before he is going to demit office. Were you expecting this?

But he has already taken six months to take a decision on my case. I was not expecting this in any case because the first charge on which I was tried by the GCM is about Sukhna and on that charge, I have not been found guilty.

I have not been found guilty of that and I stand cleared on that and the truth has prevailed. For some other frivolous charges that have been made out, I am going to contest those.

The punishment is totally disproportionate to the charges they have made. I am contesting these charges, which are not true.