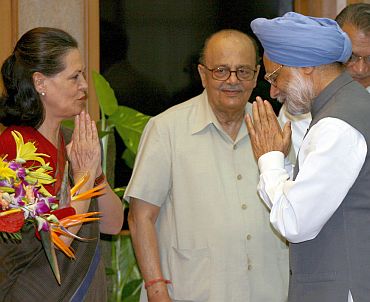 Congress President Sonia Gandhi, who reconstituted the Congress Working Committee on Friday, recyclyed the the old faces without creating excitement. The move came as a ill-omen as veteran Congress leader Arjun Singh, who was dropped from the CWC, passed away later in the day.

Some of the new members are from states which were so far under represented in the CWC. Prominent amongst those who were dropped from the CWC are G Venkatswamy and Kishore Chandra Deo from Andhra Pradesh, Mallikarjun Kharge from Karnataka, Prithviraj Chavan from Maharashtra and V Narayanswamy from Puducherry. Mohsina Kidwai who was a CWC member has been made a permanent invitees.

Ghulam Nabi Azad is a rare exception of someone who is retained in the CWC in spite of being a Union minister.
The CWC has a total strength of 25, the Congress president has filled 19 slots leaving six vacanies.

Mukul Wasnik has been retained 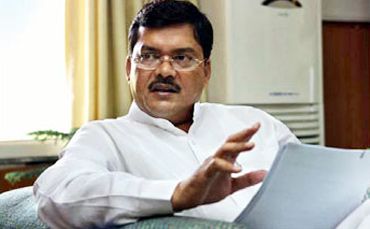 Prominent amongst those who have been brought into the CWC are Birender Singh a Jat leader from Haryana, Dhani Ram Shandil, a Dalit from Himachal Pradesh, Madhusudan Mistry from Gujarat, Hemo Prova Saikia ( wife of former  from Assam CM Hiteshwar Saikia) and Sushila Tiriya from Orissa. Oscar Fernandes, who was a permanent invitee has been inducted into the CWC.

Moily, Vilasrao and Soz have been dropped 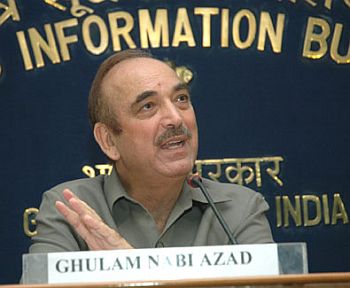 Amongst those who have been dropped from the list of permanent invitees to the CWC are Janardhana Reddy, C K Jaffer Sharief, K Keshava Rao, M Veerapa Moily, Satyavrat Chaturvedi, Saifuddin Soz and Vilasrao Deshmukh.

Oscar Fernandes has been promoted to the CWC 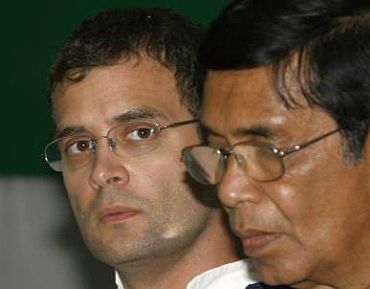 Those who have been retained are Dr Karan Singh, M L Fotedar, R K Dhawan, Ajit Jogi and Luizinho Faleiro.

Amongst the special invitees, the Congress president has dropped Dr Ashok Kumar from Bihar while Jagmeet Singh Brar has been promoted to a permanent invitee.

Andhra has no representation in the CWC 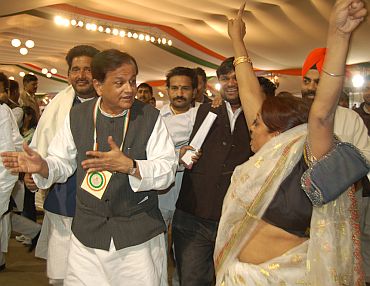 The decision to give more place to UP leaders like Beni Prasad Verma, Nirmal khatri and Raj Babbar has been taken because of Rahul Gandhi's focus on UP.

What is striking is the number of leaders from Andhra Pradesh who have been dropped by the Congress president at a time when there is turmoil in the state with the leadership unable to come to grips with the situation.

Congress leaders have dubbed the CWC reshuffle as a virtual non exercise as it neither sets the agenda for the party nor does it give a new direction but has been undertaken because the Congress president was facing flak for not being able to reorganise her CWC, which had been dissolved at the time of the organisational elections.