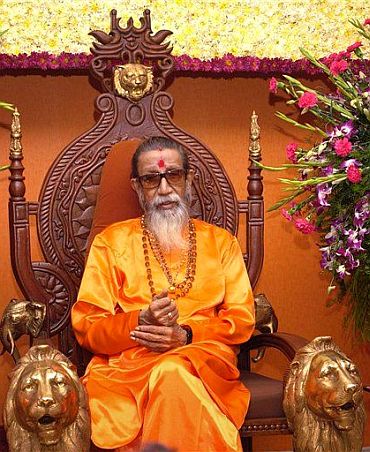 Giving his testimony on the second day of the trial of 26/11 co-accused Tawahhur Rana, a Canadian of Pakistani origin, Headley, a Pakistani-American, talked about the hatred against Shiv Sena among his Pakistani handlers. 166 people were killed in the November 2008 attack in Mumbai.

Headley, who has pleaded guilty, also told the jury how he gave details about the potential landing sites in Mumbai to his Pakistani handlers.

According to Headley, his Pakistani handlers -- Maj Iqbal of ISI, Sajid Mir of Lashkar-e-Tayiba, Pasha, Rana and himself shared their hatred towards Shiv Sena and they thought it is a terrorist outfit.

Headley was in touch with Sena 'PRO' 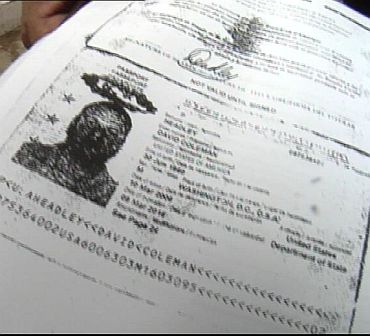 During the first hour of the testimony on the second day, federal prosecutors are trying to prove that Headley had direct communication with Rana and his handlers in Pakistan Major Iqbal, Sajid and  Pasha.

Questioning his links with the Sena, the prosecutors are bringing in communication between Headley and Reggie (the PRO of Uddhav Thackeray, son of Bal Thackeray), which  Headley describes as an effort to penetrate into Shiv Sena. Rajaram Rege is Shiv Sena's Public Relations Officer.

However, the Shiv Sena refuted Headley's claim. "There is no post like PRO in Shiv Sena as told by Headley. But we are seeking information on Rajaram Rege and if we get any information we will give it to the intelligence agency or police," party spokesperson Sanjay Raut told media persons.

Headley testified he shared his communication with Reggie with Rana, Major Iqbal, Sajid and Pasha.

Headley was asked about several emails he sent to Rana,  Major Iqbal and Sajid -- all basically to confirm that Rana and he were in direct communication with all of them.

The email sent to Sajid indicated that Bala (Bal Thackeray) would be travelling with Reggie's boss (Udhav) to the US and that he could be assassinated "over here" (in US).

Sajid gave Headley list of targets for surveillance in Mumbai 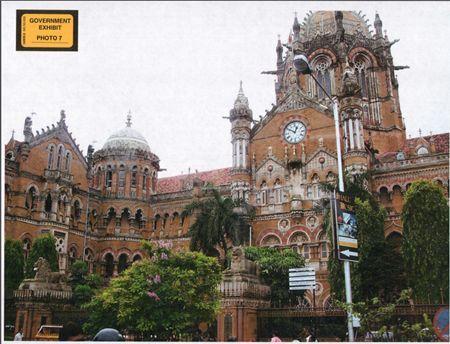 Headley said he and Sajid discussed that they wanted to kill Shiv Sena people. "We have discussed. This man (Reggie) was very important and would have given us access to this organization (Shiv Sena)," he said.

Headley, who is Rana's childhood friend, also talked about killing Shiv Sena leaders and at one point jokingly said about assassinating Bal Thackeray.

Headley said he forwarded the emails with Reggie to Rana and that in June 2008 returned to Pakistan, met with Major Iqbal and Sajid (more than once).

Headley said he had discussion with Sajid who wanted him to go back by end of June and was given a list of targets for surveillance in Mumbai -- Taj, Chabad House, Maharashtra State Police Hq and Naval Head station. 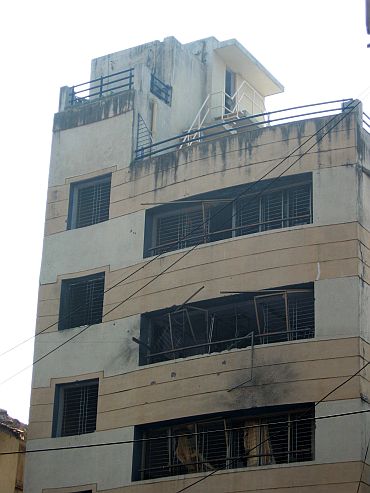 The Pakistani-American said he and Major Iqbal had discussions on the Chabad House and that this meeting was in Lahore before meeting Sajid.

He said Iqbal told him that Chabad House would be added because that this was the front office of Mossad in Mumbai.

"Iqbal wanted to me to go back to India. He told me to check the list being provided to me and check the landing site. Iqbal did not give me the list. It was given to me by Sajid. Had several meetings with Iqbal and Sajid before returning to Mumbai," he said.

During his meeting with Sajid, Headley said he came to understand that this would be his last trip.

Prior to going to Mumbai, he said he had a meeting with Iqbal, had received the list of targets before the meeting. Iqbal just told him to have a detailed surveillance and seemed to be upset that the Mumbai airport was not included. Iqbal approved the entire list, he said.

Pasha was happy about the Chabad House 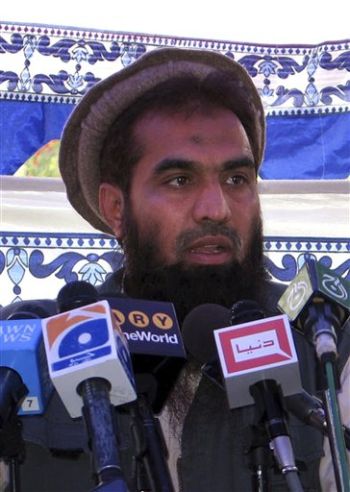 Headley said he did not discuss the list of targets wth anybody else, except for Pasha who was very supportive and happy and wished him luck.

"He just wished me luck. For all the actions that would be taken against the Muslims, this would be a revenge for that. This is what he meant," Headley said,

Headley said he returned to Mumbai end of June and in beginning of July started working on the task that was given to me--conducting surveillance of these various targets.

From Mumbai, Headley said he returned to Pakistan in July, met Iqbal and gave him the briefing. Iqbal again told him not to leave Mumbai after the attack.

Headley also said he discussed about the attackers coming to Mumbai on boat and that Iqbal was very keen on the naval facilities there.

"Sajid and I talked about the safe house that Lashkar (cadres) and I had used in the past. He asked about various targets. He confirmed the landing sites, provided him with the videos, photos and GPS," he said.

12 people were being trained near Muzzaffarabad 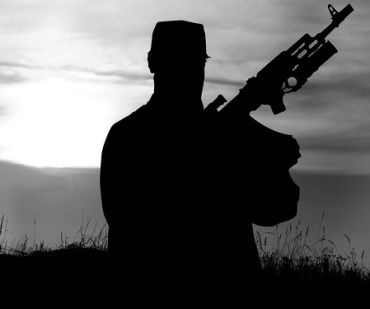 Headley testified that Sajid was training the fighters.

"He told me that they were training at a training facility right outside Muzzaffarabad. There were 12 people being trained in explosives, fighting a built up area -- all those were with firearms.

Sajid initially did not use the term stronghold option as part of the attack strategy. He started using the stronghold option after it was decided to drop the option of abandoning the mission if there was a challenge. (Stronghold option is when attackers keep themselves in a building and fight with the response forces to the end, meaning fighting to the death).

"If the fighter thought that they would leave then they will not be able to fight properly. So they decided to opt for the stronghold option -- fighting till the end," Headley said recalling his conversation with Sajid in September.

Acording to Headley, Sajid said train stations would be a target.