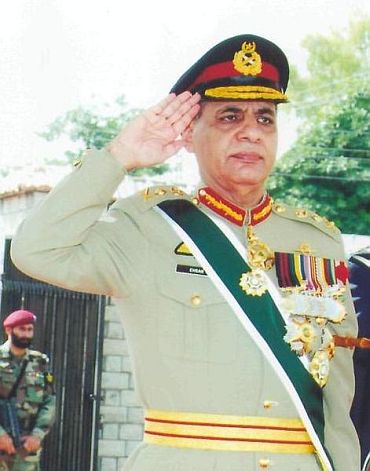 Manifesting the mindset of the Pakistan military and its intelligence arm, the Inter Services Intelligence, Retired General Ehsan Ul Haq, erstwhile chairman of the Joint Chiefs of Staff committee of Pakistan and former ISI director, has said that the Indo-Pakistan composite dialogue, now in limbo was 'a charade'.

Haq, speaking at the Centre for Strategic and International Studies -- a Washington, DC-based think tank -- on 'The Pakistani Security Dilemma: An Insider's Perspective,' argued that the 26/11 Mumbai terror attacks were being used by India as a pretext to threaten Pakistan.

Asserting the ISI's commitment to fighting terrorism, on the eve of the second anniversary of 26/11, Haq declared, "Even the most unfairly-maligned ISI suffered almost 350 casualties, almost twice as many as in Mumbai."

'Pakistan is going through overlapping crises' 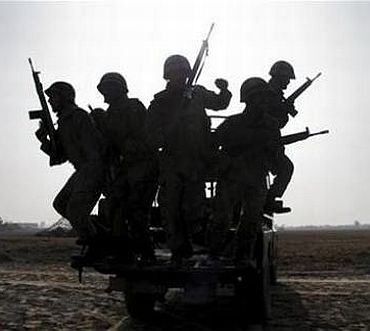 The retired four-star general said Pakistan was in the throes of overlapping crises that besides the continuing strife in Afghanistan and the presence of foreign troops there, also included, "The unrelenting hegemonic aspirations of our neighbour, India, and the unresolved status of Kashmir."

He said, "The situation is further accentuated by Pakistan's unstable political situation," and argued that these 'twin crises of insecurity and political turbulence have undermined the economy further exacerbating the challenges that have to be overcome.' 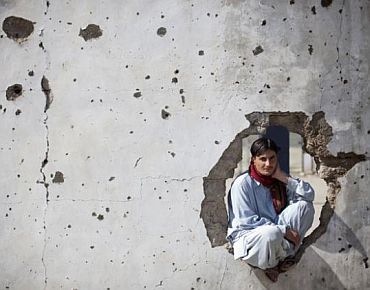 Haq, who once commanded the 11th Corps of the Pakistan Army that defends the Pak-Afghan border, the Khyber-Pakhtunkhwa region and the restive Federally Administered Tribal Areas region, declared: "Pakistan has been a victim and on the frontline against the scourge of terrorism."

"Our national leadership, security forces and the intelligence services have been specifically targeted to undermine our resolve," he said, and added, "The number of casualties suffered have exceeded 10 times the number that were caused on the day of 9/11, and even the most unfairly maligned ISI suffered almost 350 casualties, almost twice as many as in Mumbai."

Haq complained bitterly that 'the perennial intelligence leaks in the US media targeting the armed forces of Pakistan and the ISI', were viewed by the Pakistani public as being 'sponsored by the US government or its agencies.' 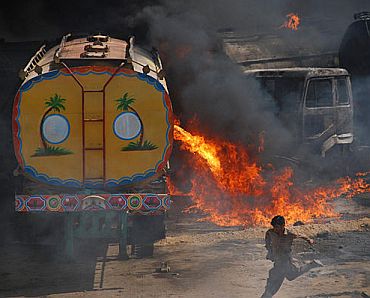 He also said the 'unbalanced projection of development in Pakistan and our vital strategic interests, misplaced paranoia of our nuclear weapons and projecting wild scenarios to the extent of questioning our survival as a state has serious negative connotations in large segments of Pakistani society'.

Haq, who was also once a member of the National Command Authority -- the body responsible for the strategic control of Pakistan's nuclear facilities -- bemoaned that such negativism 'undermine all efforts on both sides -- the US side as well as the Pakistan side -- toward positive management of US perceptions in Pakistan and US-Pakistan cooperation.'

He also spoke of the 'deep disappointment with President Obama's visit to India, and not visiting Pakistan in the aftermath of the catastrophic floods.'

'Indo-Pak dialogue is a charade' 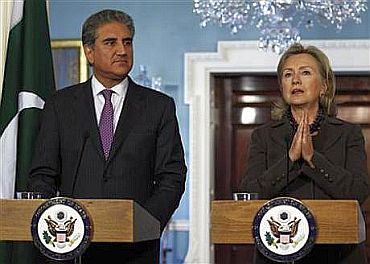 Compounding this disappointment in Pakistan, he said, was Obama's 'endorsing India as a member of the UN Security Council, the NSG (Nuclear Suppliers Group), lifting sanctions on transfer of high technology (to India) and deliberately ignoring the current brutal suppression of the mass uprising in Kashmir.'

Haq said all of this had 'undermined the progress that has been made in the so-called (US-Pakistan) Strategic Dialogue'.

He completely dismissed the India-Pakistan composite dialogue, alleging that although it had continued for four years, 'there was no meaningful progress', particularly on the Kashmir issue and had thus reduced 'these talks to a charade'. 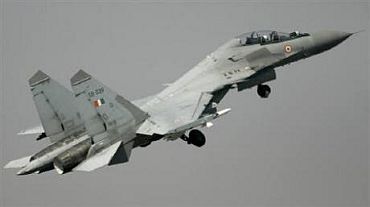 "It was a pretense largely for international consumption," he said, and argued that the subsequent 'unilateral disruption by India (of the talks) on the pretext of the Mumbai attack on November 26, has revived the intensified trust deficit between the two countries.'

Haq also said Pakistan's security concerns over the existential threat posed by India remain 'unchanged', and said that India, 'under the clamour for peace', was spending massive amounts in defence expenditure and a military buildup.

"The Indian political and military leadership have also proclaimed to fight a limited war under a nuclear overhang with Pakistan," he said, and added, "that the most dangerous tactic of this mindset is the new Indian Cold Start strategy with zero-warning, pre-emptive offensive against Pakistan."

Haq said that these 'Pakistan-specific Indian defence posture, aggressive pronouncements in the wake of Mumbai incident, serious involvement in Balochistan and FATA and aggressively seeking a role in Afghanistan, are a cause of critical concern in Pakistan'.