Sign in  |  Create a Rediffmail account
Rediff.com  » News » In India, you use either nepotism or corruption: Narayana Murthy

In India, you use either nepotism or corruption: Narayana Murthy 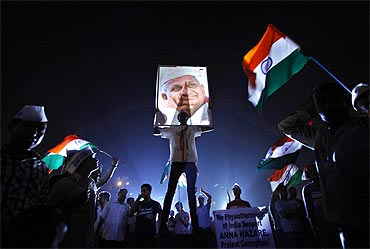 In an interview with CNN-IBN, Infosys founder Narayana Murthy urges activist Anna Hazare to end his indefinite fast for the implementation of the Jan Lokpal Bill

On the way forward to end the Lokpal impasse

'It is somewhat painful that on both sides people are interested in ensuring that corruption is contained. There is no doubt about it. However, we have not created an environment of harmony, of courtesy and of openness to each other's ideas. After all, what Annaji is saying is good for the country. The issues that he has raised -- particularly the citizen's charter and bringing the lower level of bureaucracy within the ambit of the Lokpal -- they are all extremely important. Those of us who are part of the elite in this country don't understand the enormity of petty corruption."

"In this county you use either nepotism or corruption. Therefore we have to listen to Annaji and see how he comes out with a solution to make sure that the poor and powerless don't suffer because of the petty corruption."

We have lost time between April and now and it appears like there is no time. But my own suggestion is that if Parliament, the prime minister and the leader of Opposition say that they will pass a bill that will address the concerns of Annaji, I suppose that should be something acceptable to Annaji, who is a great patriot who has sacrificed so much for the country.

'Annaji is fighting for economic freedom for Indians' 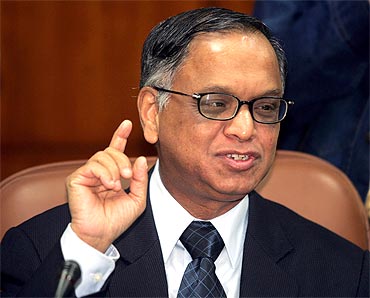 "So once that is done, I think a set of non-political people will have to sit down to figure out what kind of solutions are possible. That will indeed satisfy the requirements laid down by Annaji as well as (social activist) Aruna Roy and the government's Lokpal Bill. But it is very important that we think deeply before we actually send the draft to the Standing Committee. This is all about, in some sense, economic freedom because just as Mahatma Gandhi fought for political freedom for the people of India, Annaji is fighting for economic freedom."

On a wider consensus for the Lokpal Bill

"I am not criticising the Jan Lokpal Bill, Aruna Roy's suggestions or the government's Lokpal Bill. But we don't have the time to think about how to implement what is needed and therefore we have to form a committee that will look at new technology, at new methods."

"I have suggested for a long time, for at least 15 years, that we should have a workflow system which is fully transparent so that you know what decision is being taken and for how long. Some of these things can be done but it requires a little bit of time because if Parliament passed a bill and then we found that we were not able to implement it, then we will not be doing full justice to the request of Annaji."

'We should know how to implement the bill' 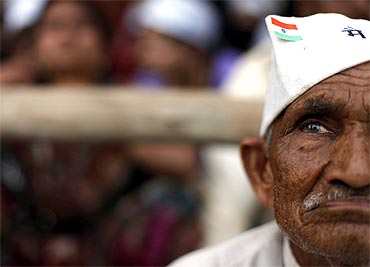 On implementing the law

"Again, let me say that I didn't say don't pass this (Bill)  All that I am saying is that let all the details of implementing what has been requested be looked at before passing it. That is because unless we are absolutely certain about how we will be able to implement it, we will not be able to get the full benefit of all the sacrifice and all the fasting Annaji has been going through."

"I think the government would perhaps want to say that yes, each of the issues raised is very important and therefore we will find a solution for each of the problems that have been raised. We will come out with a mechanism to implement these things successfully and for that, we require a couple of months."

'Democracy is all about peaceful protests' 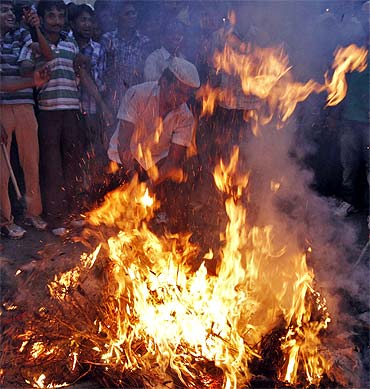 "I think Annaji has delivered a tremendous service to this country by his leadership and this anti-corruption moment, both in Maharashtra and at the central level. So we need Annaji to fight even bigger battles. Therefore, I would respectfully request him to end the fast once the government gives this assurance, because we want him to be healthy, strong and lead such movements as long as possible."

On the supremacy of Parliament

"Let's remember that Jawaharlal Nehru himself had said on August 3, 1962 that democracy does not just stop at Parliament. It (democracy) means empowering every citizen, it means listening to the voice of every citizen. I think democracy is all about peaceful protests and therefore we cannot criticise that. However, we must all accept that the strength of democracy has to be maintained, the foundation of democracy will have to be maintained and the Parliament will have to be supreme.

All I'm suggesting is that the request of Team Anna is very valid. We have to find out how to implement each of their requests in a way that they can indeed be implemented with efficiency and speed and therefore bring happiness to all these people who have been fighting for this particular moment."