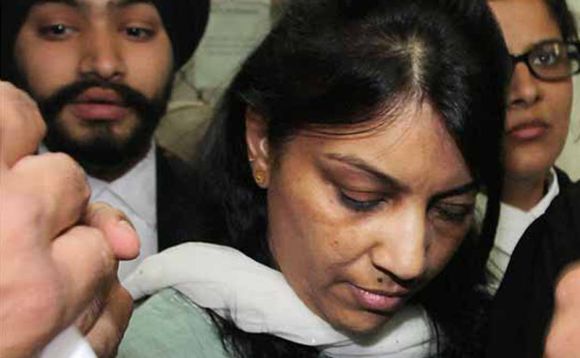 Dentist Nupur Talwar was on Wednesday denied bail in the sensational 2008 double murder of her daughter Aarushi and domestic help Hemraj by a special CBI court, which felt she may create hindrance in trial and flee from justice if granted relief.

The court of Additional District Judge S Lal, which had reserved the order on the bail application of Nupur yesterday, said that while prima facie she was accused of killing her own progeny and the servant who came from Nepal, she may also create hindrance in smooth disposal of trial if given a bail.

Ordering a 14-day judicial custody, the court, in its four-page order, also said that Nupur may flee from justice to delay the trial in the case.

Nupur, who was taken to Dasna Jail immediately after the order, will appear in the court of Special CBI Magistrate who is expected to commit the case to sessions for trial. 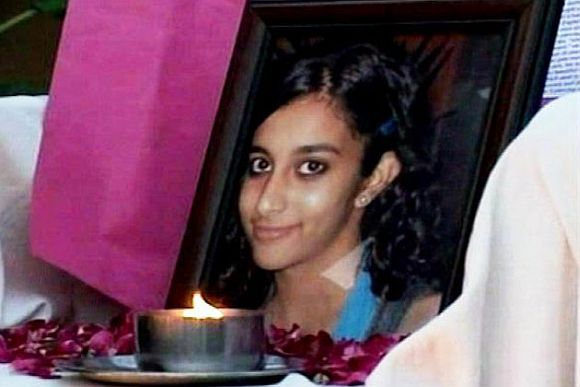 Seeking Nupur's bail, her lawyer G P Thareja had earlier said that she and her husband Rajesh Talwar, also a dentist, had undergone all sorts of scientific tests like polygraph, brain mapping and Narco analysis which were "clean like a whistle".

CBI public prosecutor R K Saini had countered that Nupur wanted to get out of the clutches of the court as despite repeated warrants, bailable and non-bailable, she did not appear before Magistrate's court until Supreme Court directed her to do so.

Teenager Aarushi was murdered on the intervening night of May 16-17, 2008 at her Noida residence and the next day the body of domestic help, Hemraj, was found on the terrace of the house. 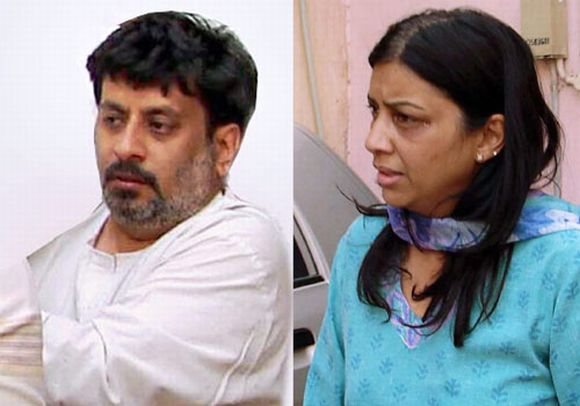 In her written statement filed before the court on Tuesday, Nupur had said that she "stands on a better footing viz-a-viz case of other accused Rajesh Talwar" who is on bail.

The CBI had contested the claim, saying Rajesh's bail plea was still under judicial review and hence there was no question of parity.