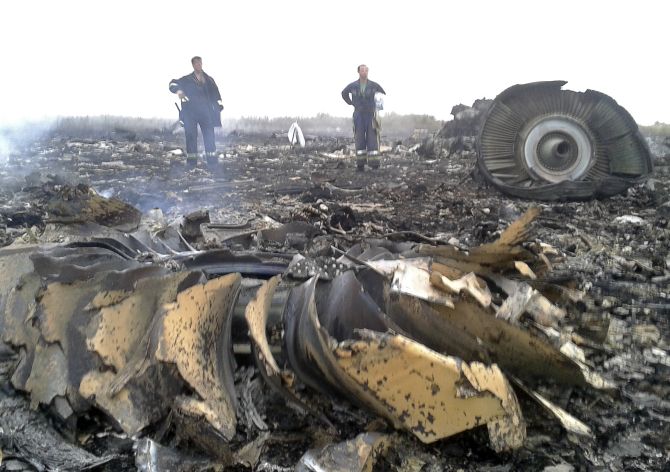 Image: Officials overlook the debris of downed flight MH17 after it went down on Thursday evening.
Photographs: Maxim Zmeyev/Reuters

After Malaysia Airlines MH370 went down in the Indian Ocean, there were a slew of conspiracies surrounding the incident.

Three months on, another Malaysia Airlines has gone down and hours after it ‘disintegrated’ in the sky, several conspiracies are floating behind the tragedy.

Ukraine’s security agency released recordings of intercepted phone calls that indicate Malaysia Airlines flight MH17 was shot down by a group of Russian-backed Cossack militants northwest of the eastern Ukrainian city of Donetsk. In one call, a rebel commander identified as Igor Bezler appears to tell a Russian intelligence official that his troops “shot down a plane” on Thursday.

In another conversation, an unidentified militant is heard telling a Cossack commander called Nikolay Kozitsin that the bodies of women and children were scattered throughout the crash site. During the call, the militant appears to be confused why the plane bears the markings of a commercial flight. 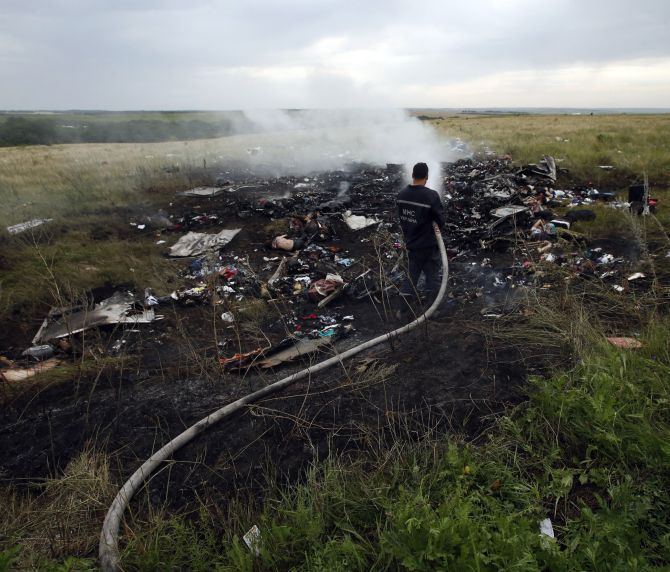 Indian Intelligence agencies say prima facie it appears like a military operation went wrong. Officials say that the chaos in the region and the Ukraine military could have misread the information and shot down the plane, thinking it was a military aircraft. Officials added that it could have very well been a case of mistaken identity. Explaining why they don’t believe it is a terror strike, an official said, “Shooting down this plane would not have benefited terrorists in any way. Additionally, Malaysia is not on their radar and they would not risk undertaking such a massive operation for a country that was not perceived important to them." 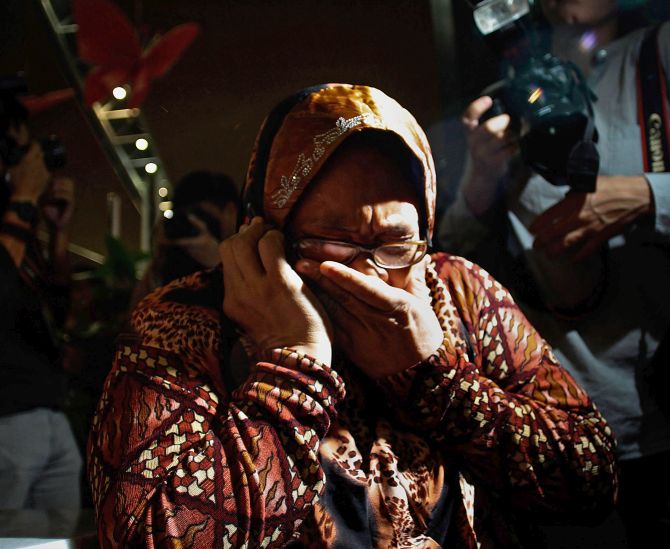 Image: A Malaysian woman weeps after she hears of the crashing of the plane.
Photographs: Rahman Roslan/Getty Images

The Ukraine government has suffered humiliating losses. Rebels shot down a Ukraine military transport last month, killing more than 40 soldiers and the government had promised revenge. The flight to Malaysia might have been mistaken for a Russian aircraft.

Russian President Vladimir Putin in a statement said, “This tragedy would not have happened if there were peace on this land, if the military actions had not been renewed in south-east Ukraine. And, certainly, the state over whose territory this occurred bears responsibility for this awful tragedy.” 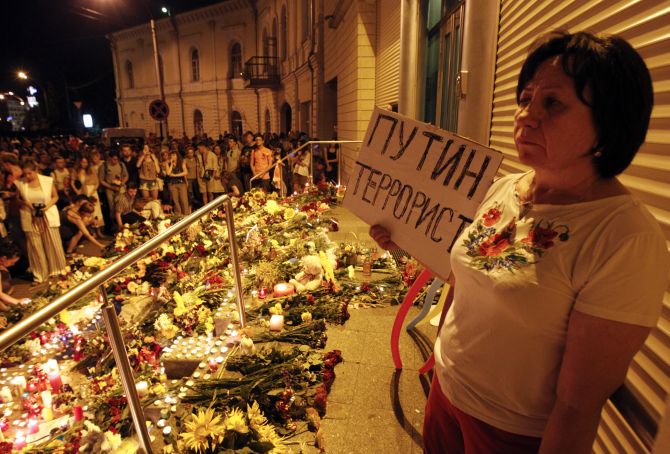 Image: A woman stands with a placard that read 'Putin is a terrorist' at a memorial for the victims of flight MH17.
Photographs: Valentyn Ogirenko/Getty Images

Interfax News Agency quoting unnamed sources claim the doomed flight had a similar path as a plane carrying Russian President Vladimir Putin. “I can say that Putin’s plane and the Malaysian Boeing intersected at the same point and the same echelon,” the source reportedly said on the condition of anonymity. “That was close to Warsaw on 330-m echelon at the height of 10,100 metre. The presidential jet was there at 16:21 Moscow time and the Malaysian aircraft—15:44 Moscow time.” 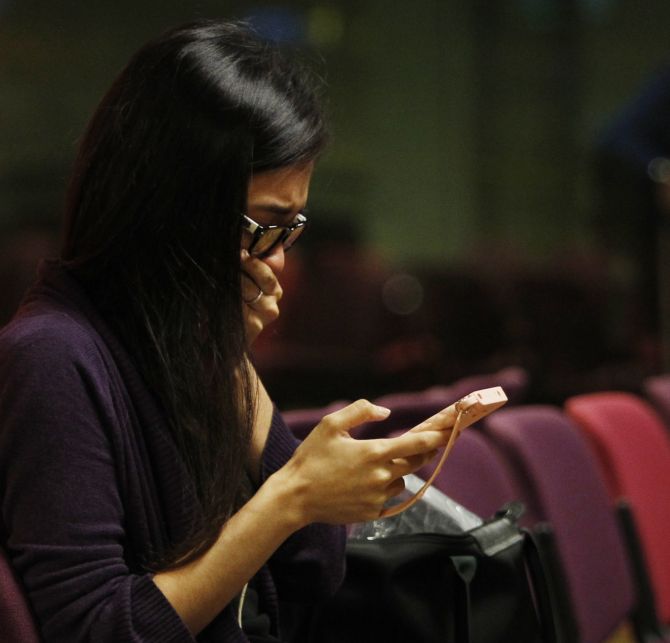 Image: A woman who had a relative on board flight MH17 reacts after hearing the news of it being shot down.
Photographs: Edgar Su/Getty Images

Some conspiracy theorists took to Twitter to say that Malaysia Flight MH17, which was gunned down, was actually Flight MH370, which disappeared on March 8. They added that it made complete sense that the flight had been abducted by the militants in March and then blown up months later.

There was an Illuminati hand at play 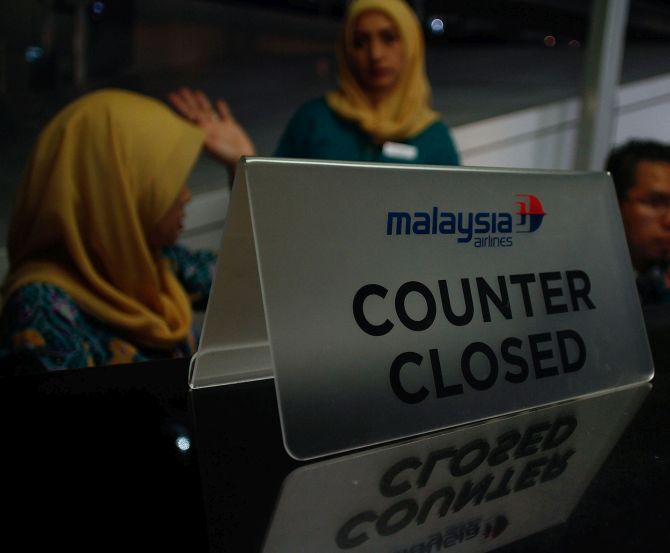 Owing to the heavy presence of the number 7 in the incident, many people believed the secretive group of Illuminati was involved. Conspiracy theorists say the heavy presence of 7 and 17s -- Flight MH17, a Boeing 777, first flew on 7-17-97 and crashed 17 years later, on 7-17-14, points to the involvement of the Illuminati, long blamed for other disasters in the world.