Here’s your weekly digest of the most Weird, True and Funny News from the across the globe.

1) Meet Claudio the man born with an upside down head A man born with physical disabilities so severe his head is upside down has defied the odds to become an inspirational public speaker. Claudio Vieira de Oliveira, 37, was born with his neck is folded back on itself, as well as badly deformed legs and almost no use of his arms and hands. Doctors told his mother to stop feeding him as a newborn as they believed he had no chance of survival. But Claudio from Monte Santo, Brazil, has overcome his extreme disadvantages to graduate as an accountant and become a public speaker. 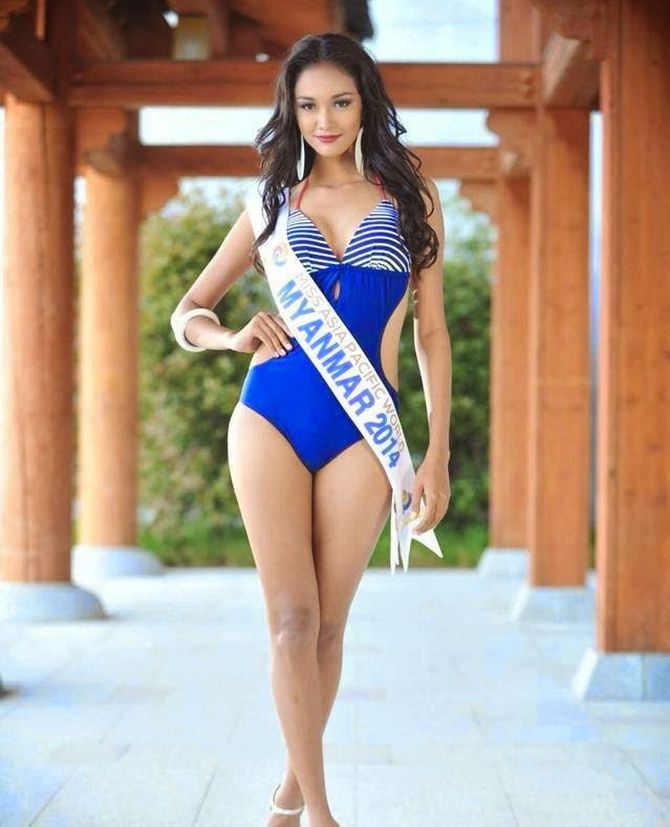 A Burmese beauty queen has allegedly disappeared with her jewelled tiara after being dethroned as Miss Asia Pacific World for ‘being rude’. May Myat Noe, 18, was crowned as the most beautiful woman in south-east Asia in May by the South Korean pageant, but the organisers wanted her to have breast enhancement surgery before they could get her a record deal. David Kim, director of media for Miss Asia Pacific World, said Miss Noe had been a disappointment from the outset. Along London’s River Thames are some notable landmarks: the LondonBridge, the MillenniumBridge, and now, a giant floating hippo. The nearly 70-foot-long replica of the water mammal—named “HippopoThames”—is the latest project of Dutch artist Florentijn Hofman. HippopoThames is inspired by everyday objects, especially those that time warp people to their childhoods. It’s also designed to force viewers to appreciate public spaces, even after the installations are removed. Some people appear to have the weight of the world on their shoulders but Avtar Singh Mauni carries his burden with pride. The devout Sikh is the owner of the world’s largest turban, which measures 645m when unwrapped – equal to 13 Olympic-sized swimming pools. He has been adding to his 100lb headdress for the past 16 years and it takes six hours to put on. “I don’t consider it to be a burden. I’m most happy when I wear it,” Singh Mauni said. “I just keep putting on the cloth from top to bottom one layer at a time just like you would lay the storeys of a building.” The size of his turban makes getting into a car impossible so he rides a motorbike across the Punjab region. One of Britain’s top snowboarders who lost her funding after a nail-biting finish at Sochi 2014 has launched a monthly razor delivery service to finance her training towards the next Winter Olympics. Zoe Gillings has become a rider-cum-entrepreneur and launched her latest business, PoundShaveClub, where customers join a “razor/shaving plan” to receive a razor and four blades a month in the post from £3.50 a month. Have you ever waited in a busy queue wishing you had a chair to perch on? Swiss start-up company noonee has the perfect solution after creating the ‘Chairless Chair’ which enables you to sit down whenever you like. The strap-on chair acts as lightweight, energy efficient device and is attached to your legs, allowing you to walk around freely and sit down when you want. A button is used to control the lock mechanism and requires a special utility belt to attach to your waist. The user just needs to move into the desired pose, activate the Chairless Chair, and then they can sit back and enjoy provided posture support.

7) World’s largest egg to go up for auction 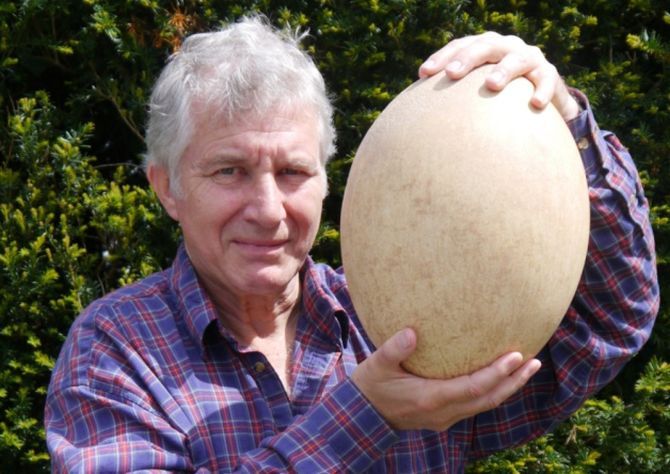 The world’s oldest egg -- belonging to an extinct ostrich-like bird -- is expected to raise a staggering £50,000 (Rs 49 lakh) at auction. The rare item is over 500 years old and is just one of a handful of undamaged eggs left by the extinct elephant bird, once native to the island of Madagascar. At over a foot in length, it’s larger than seven ostrich eggs and the equivalent in size to an astonishing 100 hens’ eggs. Set to be auctioned at Summers Place Auctions in Billingshurst, West Sussex, it is thought to be the only one in the world up for private sale. 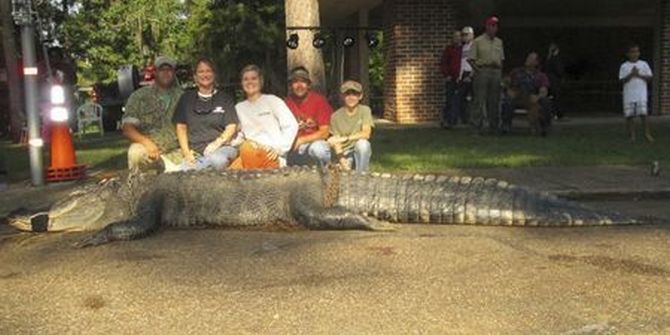 Hunters in Alabama snared an alligator weighing more than 1,000 pounds, the largest ever caught in a legal hunt in the state, conservation officials said. The alligator, caught with a snare hook in a southern Alabama state park, was so heavy it required a backhoe to hoist it onto a scale, said Mike Sievering, a state wildlife biologist who supervised the hunt. “He was an eyeful, I’ll say that,” Sievering said. The alligator, which weighed 1,011.5 pounds and measured 15 feet long, was more than 100 pounds heavier than the previous state record holder, he said. Jiff was already cute, lovable and talented. Now he's proven he's speedy too. The 4-year-old, 5-pound Pomeranian blazed into the 60th edition of the Guinness World Records book that comes out September 10. He can run 10 metres  on his hind legs in 6.56 seconds and 5 metres on his front paws in 7.76 seconds. Both times are faster than any other dog on the planet has clocked. 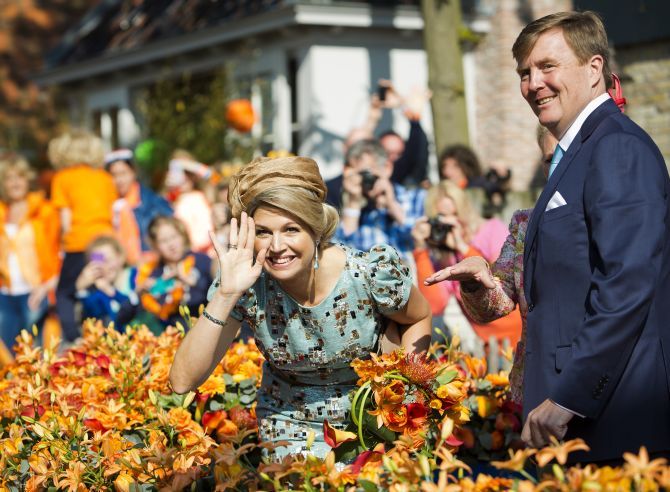 The Dutch government paid 461,000 euros (Rs 3.6 crore) to erect a fence around King Willem-Alexander's seaside villa in southern Greece, RTL News reported on Wednesday, drawing media criticism and demands for an explanation. The Dutch monarchy remains popular one year after Willem-Alexander ascended the throne after the abdication of his mother Queen Beatrix, but critics say it costs too much, especially at a time when the country is struggling to emerge from recession. Officials called off the live broadcast of a giant panda giving birth because, as it turns out, she wasn't actually pregnant. Ai Hin, a 6-year-old giant panda living at the Chengdu Giant Panda Breeding Research Center in China, had exhibited signs of pregnancy for two months. But the center realised she actually had a “phantom pregnancy.” The life of a pregnant giant panda living in captivity sounds pretty sweet, relatively speaking. She gets her own suite loaded with amenities such as air-conditioning, around-the-clock care and a serious supply of buns, fruit and bamboo. Pandas with phantom pregnancies sometimes notice the nicer set-up that comes with initial signs of pregnancy and carry on with the charade.

12) Guard outside BuckinghamPalace shows off his dance moves Guarding the Queen’s home is a serious and solemn duty. So it’s a good thing Her Majesty was not around to see this soldier apparently pirouetting on the forecourt of BuckinghamPalace. In his red tunic and bearskin, the Grenadier Guard was filmed seemingly trying to ease the boredom of his two-hour shift with a series of remarkably elegant dance moves. His antics delighted tourists but the army and ministry of defence were not amused. He could now face disciplinary action. 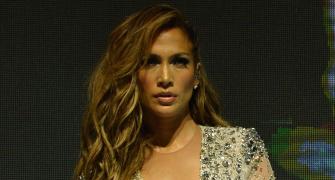 WTF: It's Weird, True and Funny! 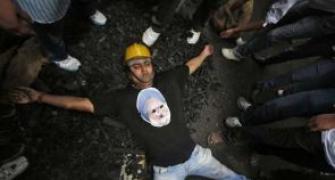 Crucial hearing on coal scam in SC on Tuesday 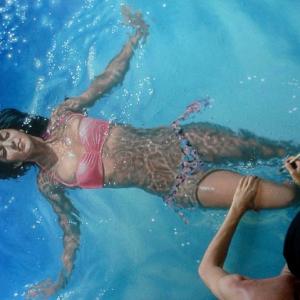