Women to be inducted as officers in border forces

In yet another first for women, the government has now approved recruitment of female officers in border forces deployed along the country's eastern frontiers.

Till now, central paramilitary forces guarding Indian frontiers had only women combatants in the ranks of constables.

The new rules notified by the government now have created avenues for women to be recruited as Assistant Commandants (ACs) in the Sashastra Seema Bal (SSB), which guards India's borders with Nepal and Bhutan.

"This is like the proverbial breaking of the glass ceiling when it comes to women donning khaki for combat roles. Women officers in border guarding forces will not only command female units but male units too and this will be historic," a senior woman IPS officer, who has served in a paramilitary force, said.

The AC rank is the entry-level for officers in central paramilitary forces like CRPF, CISF, ITBP, BSF and SSB and they are recruited through an all-India written examination and interview conducted by the UPSC.

The two other border guarding forces -- ITBP and BSF -- securing Indian frontiers with China and Pakistan respectively, however, have not decided as yet on recruiting women officers even though they have inducted a large number of women constables.

"The new rules decided by the government in consultation with the Home Ministry only specify women officers for SSB as of now. Capacity building for ITBP and BSF, which guard crucial borders, includes women being inducted as officers," a senior officer involved in the process said.

The women officers will subsequently command the all-woman contingents or battalions after they are trained and commissioned, the officer said.

Currently, the exclusive women contingents of SSB, ITBP and BSF are headed by male officers and there is a growing demand for getting women officers to head these units.

All the three border forces have deployed their women personnel for frisking and patrolling duties at their respective borders after they were first inducted in 2009.

"These women, in the ranks of constables, are trained in weapon firing, unarmed combat and commando roles and the new officers will also be trained similarly along with their male colleagues," the officer said.

Source: PTI© Copyright 2022 PTI. All rights reserved. Republication or redistribution of PTI content, including by framing or similar means, is expressly prohibited without the prior written consent.
Related News: SSB, ITBP, BSF, UPSC, CRPF
Print this article
UP train mishap: Toll rises as blame-game heats up 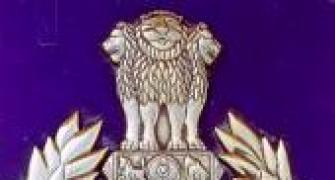 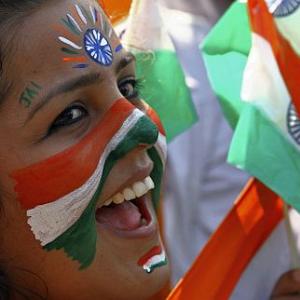