The Students of Islamic Movement of India is back in the news.

Even as SIMI wages a legal battle in the Supreme Court seeking to lift the ban imposed on it by the central government, the Madhya Pradesh police, a couple of days ago, arrested the outfit's former president Sainudeen Sainulabudeen.

The police claimed that he was being picked up in connection with a case at Ujjain, Madhya Pradesh.

His questioning will be crucial for the investigating agencies, as it will help agencies shed light on the future plans of the banned outfit.

Security agencies are reading more into this case and say that the fact that he was arrested from a place, which is the stronghold of SIMI, is an interesting development.

However, Dr Shahid Badr Falahi, the president of the SIMI when it was banned a decade ago, believes that the arrest is part of a build up for February 2012, when the ban on SIMI comes up for review.

Although several persons associated with SIMI state that all this is stage managed to build a case to re-impose the ban, the police say that there are many radicals within the outfit who feel that they should revamp and carry out strikes.

The activities of some of these cadres is still very much on and the point of revamp will be Kerala, as they enjoy a lot of moral support there. Many parts of this state, especially Malapuram, Nadapuram in Kannur and  the Vizhinjam and Poovar areas in Thiruvananthapuram are communally sensitive.

Over the past couple of months, Intelligence Bureau inputs suggest that some cadres of the SIMI are becoming aggressive. They have been in touch with several elements sponsored by the ISI in a bid to revamp.

The ISI has been missing a dedicated Indian wing to carry out terror strikes. They did manage to rope in some SIMI cadres for this purpose and did manage a lot of success at first. However, following the ban, a lot of the cadres went underground and several others were arrested.

This led to the formation of the Indian Mujahideen, which did show its capabilities when it carried out a series of attacks across the country. The IB says that the re-vamp of either the SIMI or the IM will be under an entirely new name and this is largely done to confuse investigators.

However, Dr Falahi considers all this as nonsense.

"We were expecting an arrest to take place and our doubts have been clarified. This is a trend that we have been witnessing since the past 5 years. The arrest of Sainudeen Sainulabudeen is nothing but an exercise to build up a case for the ban again next year," he said.

"The police have decided that any member of the SIMI is nothing but an anti-social. What activity are they talking about? If we read the Quran or perform Namaz, does that amount to activity? I sit down and speak with my friends and crack a couple of jokes and that becomes jihadi activity? A Muslim is bound to perform namaz or read the Quran. How does that become activity in police language? As long as Muslims are alive they will surely do these two things (read the Quran and perform Namaz)," he added.

Alleging that the government will do everything it can to ensure that the ban continues, Dr Falahi said: "In any part of India if something goes wrong, it is claimed to be done by a SIMI member. When I was the president and the day the ban was imposed, I was addressing a huge gathering. That is when the police came to arrest me and did so at the end of it."

"The hope for all us is very distant. The BJP banned us and the so-called secular Congress continued to act on the lie of the BJP. The ban keeps getting re-imposed and we continue to be banned despite we winning the case once before the commission. Now we are back in the Supreme Court and the case is on. Well if at all we win, I do not know what the fate of SIMI would be," he added. 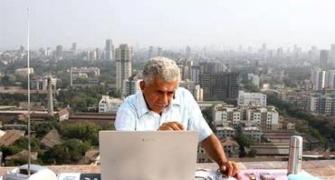