Voted for govt in cut motion by mistake: JMM

In a damage control exercise after the Bharatiya Janata Party ally Jharkhand Mukti Morcha supported the government in the cut motion in Lok Sabha on Tuesday, its Member of Parliament Hemant Soren claimed that it happened by "mistake" and made it clear there was no move to form a government in Jharkhand with the Congress' backing.

"It has happened by mistake. It is a human error that happens due to confusion during voting. We met BJP president Nitin Gadkari last (Tuesday) night and explained to him the real position," Hemant, Rajya Sabha MP and son of Jharkhand Chief Minister Shibu Soren said on Wednesday.

The JMM's sudden support to the United Progressive Alliance on the cut motions had set off speculation that new power equations may emerge in the tribal state and alter the party's ties with coalition partner BJP.

A shocked BJP had said after the vote that it has taken note of Shibu Soren's act in Lok Sabha of "ditching" the coalition partner. Soren, still a member of the House, had made a rare appearance to spring the surprise on the BJP.

Dismissing the speculation that there was any move to form a government in Jharkhand with Congress support, Hemant said, "It is all rumour. There is no truth in it."

The BJP had earlier claimed that Soren and another JMM MP Kameshwar Baitha would vote with the National Democratic Alliance. Baitha, who is in jail, did not turn up.
Source: PTI© Copyright 2020 PTI. All rights reserved. Republication or redistribution of PTI content, including by framing or similar means, is expressly prohibited without the prior written consent.
Related News: Bharatiya Janata Party, Shibu Soren, JMM, Hemant, Jharkhand Mukti Morcha
SHARE THIS STORY
Print this article
Spotted: Mahesh Bhupathi and Leander Paes 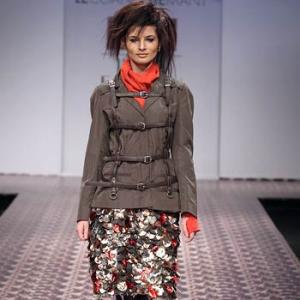