US snooping programme had one server located in India: Report 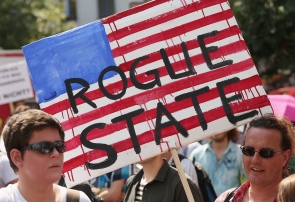 A controversial United States surveillance programme that sweeps Internet usage data had 700 snooping servers installed at 150 locations around the world, including one in India, according to a report.

A February 2008 training material presentation for the XKeyscore programme included a map of locations of the surveillance servers, one of which appeared to be near the national capital, according to the Guardian report.

The NSA said XKeyscore is its "widest reaching" system to develop intelligence from computer networks, the Guardian said. The presentation claimed the program covers "nearly everything a typical user does on the Internet," including the content of e-mails, websites visited and searches.

US companies IBM, HP and Dell dominate the Indian server market, according to market research and analyst firm IDC. No Indian company makes computer or electronic chips that are key components of servers.

The United States house permanent select committee on intelligence said in a statement the report was misleading and that "the program is simply a tool used by our intelligence analysts to better understand foreign intelligence, including terrorist targets overseas."

The statement added that the program does not target American citizens and is not used for indiscriminate monitoring of the Internet.

Image: Activists demonstrate against the electronic surveillance tactics of the NSA 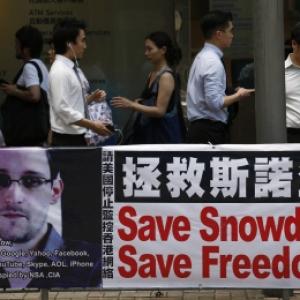 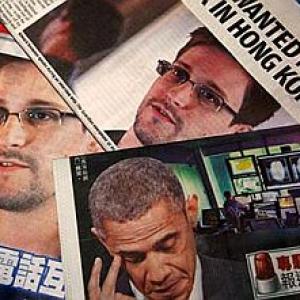