US drone 'takes out' Lashkar-e-Jhangvi chief

Qari Mohammad Zafar, head of Lashkar-e-Jhangvi on whom the US had offered a reward of $5 million, has been killed along with two Taliban commanders in a drone attack in Pakistan's lawless tribal belt, official sources said.

Zafar, who was linked to Al-Qaida, was wanted by the US in connection with a March 2006 suicide attack on the US consulate in Karachi that killed an American diplomat and three Pakistanis.

Official sources said Zafar was killed along with Pakistani Taliban commanders Rana Afzal alias Noor Khan and Bahadur Mansoor in a US drone strike on Wednesday near Miranshah, the main town of North Waziristan Agency.

Mansoor was also linked to the Punjab chapter of the Taliban and the Sipah-e-Sahaba while Afzal was wanted in connection with a terrorist attack last year on the headquarters of the Federal Investigation Agency in Lahore.

The drone strike killed a total of 13 militants, including four foreign fighters, the sources said.

US intelligence officials told The Long War Journal, a website that

tracks the war on terror, that they could not confirm Zafar's death but said it was "possible" that he was killed in the drone strike.

"We've received some information that may verify the reports but we cannot be certain. It is possible, but we cannot confirm. We'd like to check him off our list as he is dangerous," an official said.

After the killing of Amjad Farooqi, popularly known as 'Bade Bhai', Qari Zafar was appointed as the head of Lashkar-i-Jhangvi in 2004. Following Farooqi's killing, the Lashkar-i-Jhangvi was almost dispersed but it was Zafar who re-built the outfit.

He shifted the headquarters of the organisation from Punjab to Karachi. In 2006, after his men targeted the Karachi-based US Consulate, he went into hiding for a long period.

Later, a section of media reported him dead but he re-emerged in 2009 in a video with the Tehrik-e-Taliban Pakistan leadership in September 2009. In Waziristan, his men were merged with Fidayeen-e-Islam (Islamic bombers) of Qari Hussain Ahmed Mehsud. 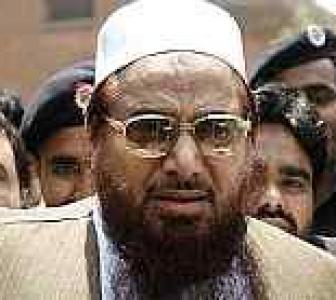 No LeT terrorists in Pak's most wanted list
Hindu man abducted in Pakistan
Pakistan bigger threat than Afghanistan: US