Source: PTI
September 19, 2011 14:12 IST
Insisting that Pakistan should move away from the United States in the 'war on terror', Pakistani cricketer-turned-politician Imran Khan believes that aid from the US was allegedly destroying his country.

"The aid to our puppet government from the US is destroying our country. We're basically using our army to kill our own people with American money. We have to separate from the US," Khan told The Guardian in an interview in London.

Speaking on several issues, Khan said that Pakistan had two main problems: corruption and tax evasion. "We have the lowest tax-GDP ratio in the world: nine per cent. If we get it to 18 per cent, which is India, we're solvent," he said.

Khan bristled with anger on the charge that Pakistan was allegedly complicit in harbouring Osama bin Laden. The whole of Pakistan, according to him, was furious when US President Barack Obama announced in May that bin laden had been killed.

Khan said, "The whole of Pakistan felt this way. Wherever I went I felt this humiliation and anger in people. It was humiliating because an American president announces it, not our president. And because it was the American military, not our military, which this country has given great sacrifices to nurture, that killed him."

He added, "Most humiliating of all was that the Central Investigating Agency chief Panetta says that the Pakistan government was either incompetent or complicit. They're talking about a country in which 35,000 people have died during a war that had nothing to do with us. Ours is perhaps the only country in history that keeps getting bombed, through drone attacks, by our ally."

Arguing that the 'war on terror' was unwinnable, Khan said, "The Soviets killed more than a million people in Afghanistan. They were fighting more at the end than the beginning. So clearly a population of 15 million could take a million dead and still keep fighting. The Americans are going to have to kill a lot of people to make any impact and they also have in Zardari an impotent puppet as Pakistani president who has not delivered anything to the Americans."

He added, "The Americans also don't realise that this whole Arab spring was against puppets or dictators. People want democracy. So this whole idea of planting your own man there, a dictator -- neocolonialism is what it's called --- is not going to work any more".

Khan cited a government economic survey as stating that $ 70 billion has been lost to the Pakistan economy because of the 'war on terror'.

"Total aid has been barely $ 20 billion. Aid has gone to the ruling elite, while the people have lost USD 70 billion. We have lost 35,000 lives and as many maimed -- and then to be said to be complicit. The shame of it," he exclaimed.

Confident of his party's victory in the 2012 Pakistan elections, Khan, the captain of the 1992 World Cup winning team, said, "I played five World Cups and it was only in the last World Cup before we won (in 1992) that I said: 'Put money on us.' Now I'm saying my party will win. I'm throwing everyone a challenge that nothing can stop this party. Nothing."

According to him political parties in Pakistan were "petrified" of him. "They all want to make alliances with me and I say: No, I'm going to fight all of you together because you're all the same," he said. 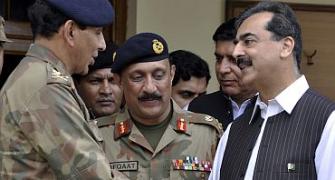 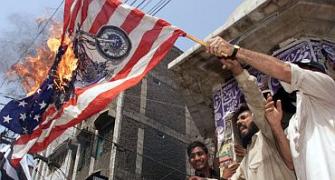 US policies to be blamed for Pak's double game 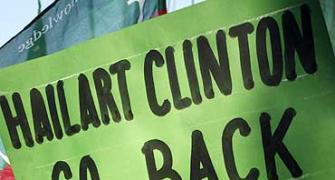 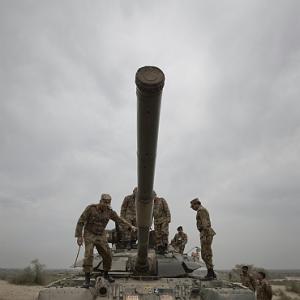 Why US suspended, didn't terminate aid to Pakistan 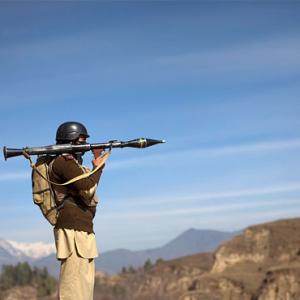