An Andaman-based Army Major, who came under the scanner after his computer was remotely accessed from Pakistan, has been cleared by the security agencies of any involvement in espionage.

The agencies are unlikely to proceed against the Major under the Official Secrets Act but he may face a departmental action for allegedly procuring documents of sensitive nature.

After questioning the Major concerned at length, the central security agencies including the National Investigating Agency were of the opinion that he was not involved in any espionage, official sources said on Tuesday.

The findings of investigations were also shared with the Army authorities which may initiate a disciplinary action against the officer for allegedly procuring documents pertaining to Army Commander's Conference.

These documents are classified as "Top Secret" and should normally not be in his possession. They related to issues much beyond his area of work.

The Major had said he was an inquisitive person but he was himself at a loss to know how some files had made its way to his computer, the sources said.

The sources said the Army authorities may initiate a departmental action against the officer, they said. The investigators were in for a surprise when they found that his computer and e-mails had been remotely accessed from a server located in Pakistan.

Central security agencies had also submitted a report in which they claimed that NIA and military intelligence officials had neglected the case property--the computer of the Army Major--and certain files and mails were deleted when the machine was in their custody, official sources said.

During the probe, it was also found that the computer of the army officer had been accessed many a time from a proxy server based in Pakistan and one more country, the location of which was being ascertained.

It appeared that the other server could also be from Pakistan but the proxy server addresses had been hopped through various Internet gateways of European countries.

The Army major came under the scanner when his e-mail address was picked up while scanning the e-mails of Pakistani-American David Headley, who has confessed to his involvement in the Mumbai terror attack.

The US agencies informed the Indian security agencies about the e-mail address and the Major was thereafter put under the scanner. 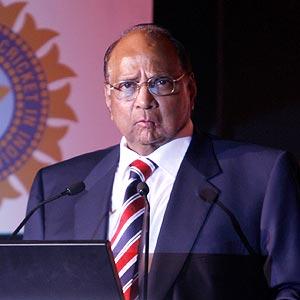 What India will ask David Headley