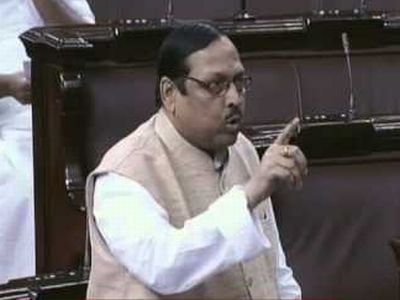 Seeking to corner the Congress in the Rajya Sabha, Trinamool Congress on Monday raked up the issue of AgustaWestland helicopter scam and insisted on identifying of the ‘Gandhi’ and ‘AP’ mentioned in the alleged bribery case, inviting punitive action.

Trinamool member Sukhendu Sekhar Roy, who raised the issue and persisted with the matter despite rejection of his notice for adjournment, was asked by Chairman Hamid Ansari to withdraw from the House for the day. His party colleagues then staged a walkout to protest against the Chair’s decision.

Raising the issue during Zero Hour, Roy wanted to know who has taken bribe in the Rs 3,600 crore deal to buy 12 VVIP helicopters.

“Defence Minister has to give a statement. Why is the government silent,” he asked. “Who is this AP (named as alleged bribe taker in the deal)? Who is Gandhi? Who is Shashikant.”

He wanted the defence minister to make a statement on the issue after suspending regular business and matter discussed. “Government has to disclose the identity (of bribe takers),” he said.

Deputy Chairman P J Kurien said there is no rule for suspension of business during Zero Hour and disallowed his notice.

Roy again raised the issue during Question Hour, demanding that government come out with a statement on who were the bribe-takers in the chopper deal.

Chairman Ansari asked him not to speak “unauthorisedly” as nothing was going on record. However, the Trinamool member did not stop.

Angry over this, Ansari invoked a rule under which a member is asked to withdraw from the House for the entire day.

“You are speaking without authorisation. It is unbecoming of a member. This is not the intervention of a member. Sit down...I will have to invoke Rule 255. This is unauthorised. It is not going on record. You will not make this kind of statement,” he said, adding “Shall I invoke Rule 255? I will give you the choice.”

As Roy kept speaking, Ansari said, “I invoke Rule 255. Will you please leave the Chamber.”

Even this did not deter Roy, who kept on speaking on the issue asking, “Who has taken bribe in AgustaWestland deal. Who is this Gandhi? Who is AP?”

Rule 255 of Rajya Sabha on withdrawal of member says, “The Chairman may direct any member whose conduct is in his opinion grossly disorderly to withdraw immediately from the Council and any member so ordered to withdraw shall do so forthwith and shall absent himself during the remainder of the day’s meeting.”

After Roy and other TMC members left, Congress members were on their feet raising the issue of Gujarat Petroleum Corporation and wanted a discussion on it.

“We are prepared to discuss the matter listed (AgustaWestland), but GSPL issue should also be listed,” said Anand Sharma from the Congress amid uproar by his party members.

Amid the uproar, Union Minister Nitin Gadkari rose to say that since the Chairman has sent one member out of the House invoking Rule 255, why was he not invoking the same rule with regard to other members who are creating pandemonium in the House.

To this, the Chairman said the rule applies to one member and if the government wanted it can bring a motion against Congress members.

Amid continued uproar by Congress members, Ansari adjourned the House till 2 pm. 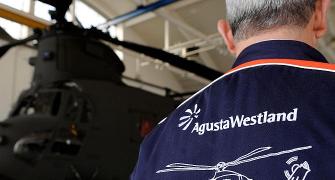 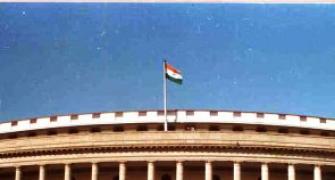 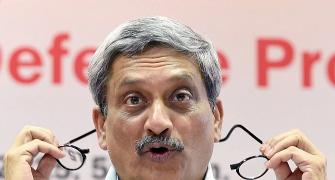 Chopper deal: Parrikar to place facts in Parliament on May 4 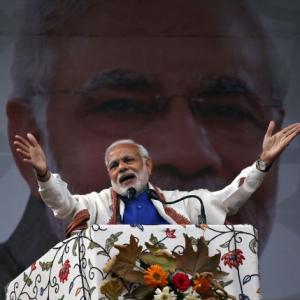