Pakistan President Asif Ali Zardari on Friday said Pakistan and India should withdraw their troops from Siachen as the military deployment on the glacier has become a burden on the national exchequers of the two countries.

Zardari made the remarks while addressing mediapersons during a gathering at the chief minister's house in the southern city of Karachi.

The time has come to demilitarise the Siachen glacier because of the high cost of the troop deployments, he said. He claimed that the Indian Army's expenditure on troops deployed on Siachen was more than that of Pakistan.

Despite this, Pakistan had suggested to India that both countries should withdraw their forces from the region, he said. Referring to the lack of headway in the foreign minister-level talks between the two countries on July 15, Zardari contended that India's domestic politics were responsible for glitches in the parleys.

Since India had not come up with a viable solution to the water issue, Pakistan opted for international arbitration, he said.

"The first time I met (Indian Prime Minister) Manmohan Singh, the first thing I spoke to him about was water. I am talking about the time almost two years ago, when I had just become President and I was at a United Nations programme where I met Manmohan Singh," he told the gathering.

Zardari said he had then consulted the water and power ministry and the federal government and Pakistan hired an international firm as an arbitrator to negotiate with the World Bank and the Indian government on the water problem. Pakistan to get $6.2 bn from World Bank 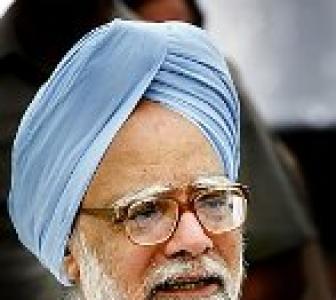