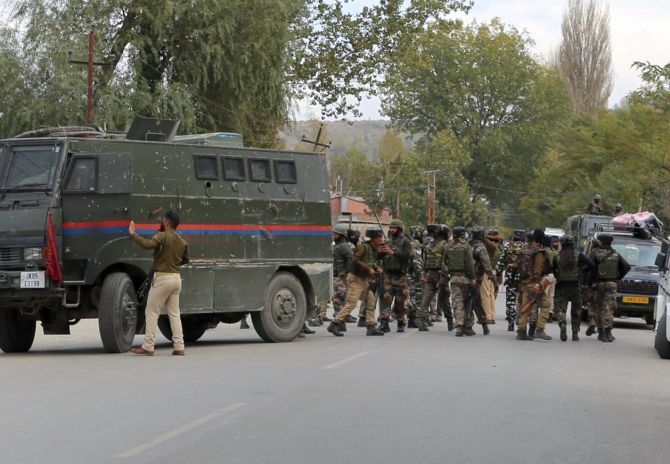 Three unidentified terrorists were killed in a failed infiltration bid along the Line of Control in Jammu and Kashmir's Baramulla district, a defence spokesman said on Friday.

The Army on Thursday foiled the infiltration bid along the LoC in Uri sector of Baramulla district, the spokesman said.

He said alert troops noticed some suspicious movement along the LoC near Tourna in Boniyar area in the early hours of Thursday and challenged the infiltrators.

The infiltrators opened fire towards the positions of the security forces which was retaliated, he said, adding three terrorists were killed in the gunbattle.

The identity and group affiliation of the gunned-down terrorists were not immediately known. 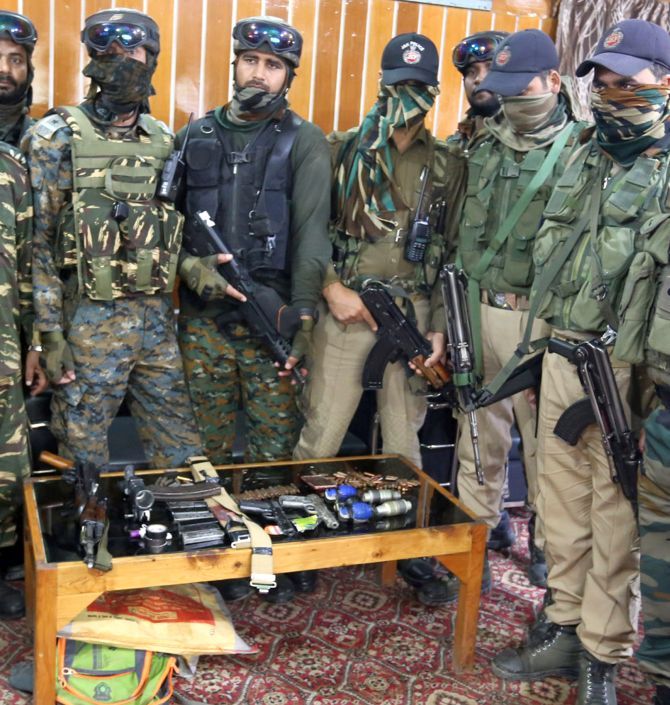 The terrorists, travelling in a car, were asked to stop at Kraalhaar but they opened fire at the security personnel, a police official said adding, that the duo was killed in retaliatory fire.

Some arms and ammunition were recovered from the scene, he said.