Altogether 13 refugees have died while over hundred have been affected by malaria in camps in Assam's Kokrajhar, Chirang and Dhubri districts, which were rocked by recent violence, Health Minister Himanta Biswa Sarma said on Saturday.

The health department was working in 303 relief camps in the four affected districts and so far blood tests of 8102 refugees have been conducted with over hundred of them testing positive for malaria, Sarma told reporters.

Altogether 117 doctors, including 30 deputed by the central government, have so far treated 93,789 patients in the camps with 47 cases referred to hospitals, he said.

The department was taking all measures to ensure that an epidemic did not break out in the camps.

"We are concentrating on providing hygienic conditions in the camps," he added. 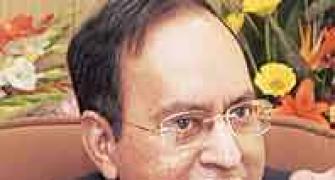 We are looking at a 20-year scenario: J S Sarma
Assam: 'Only the genuinely displaced to be rehabilitated'

NSA wants to know why Army was deployed late in Kokrajhar