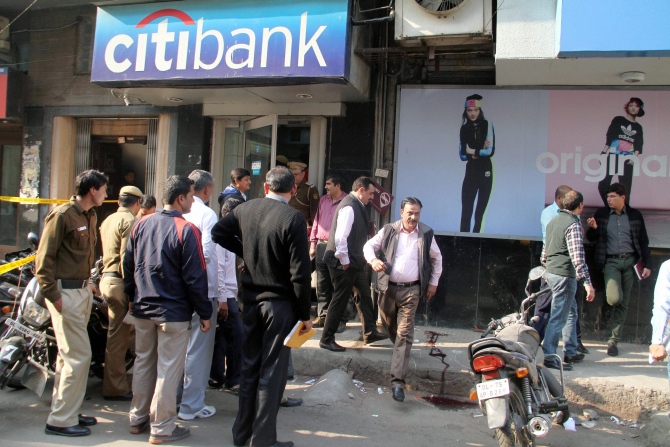 Police and officials investigate near a Citibank kiosk where two men on a motorcyle shot at a security guard looted Rs 1.5 Cr from cash van in Kamla Nagar area in New Delhi on Saturday. Photograph: PTI Photo

According to the police, the incident took place near North Campus of Delhi University around 11 AM when two custodians of the van of a private cash replenishment company were refilling the money into an ATM of CITI bank at the busy Bungalow Road.

"The security guard and the driver of the cash van were standing outside the ATM booth. Suddenly, the two bike-borne assailants reached the spot and pumped two bullets into the head of the guard, Satender, from close range," said Joint Commissioner of Police (CentralRange) Sandeep Goel. The duo then entered the booth and threatened to kill both the custodians. They then snatched suitcase containing cash and fled on their bike.

The entire incident was caught on a number of CCTVs in the lane as well as the one installed in the ATM booth. Their escape bid was also recorded by several locals on their mobile phones during which they fired in the air. The police is now analysing the video footage but the robbers could not be identified as they were wearing helmets through the entire incident. 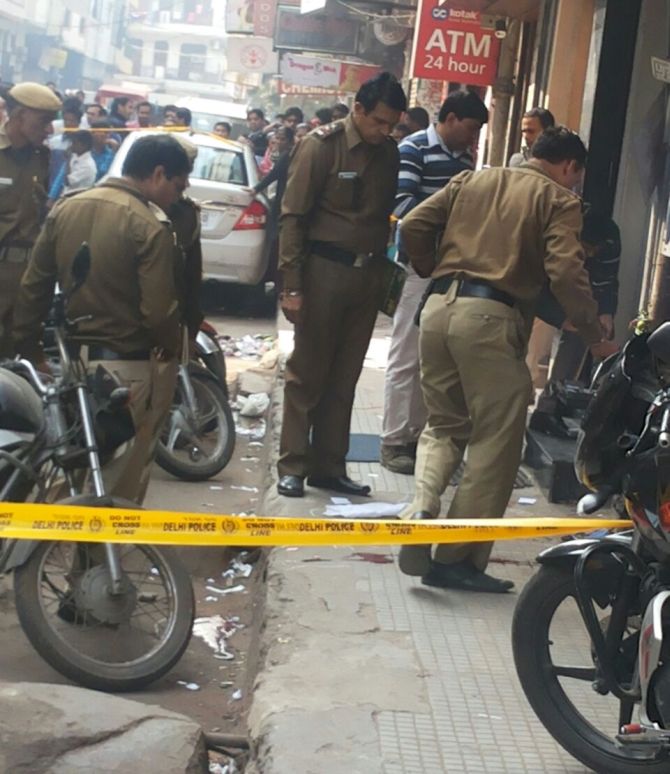 Security officials inspect the site where the thieves looted the cash van and shot the ATM guard. Photograph: ANI/Twitter

The registration number of the black pulsar motorcycle was also visible but the police believe that it could be stolen. The security guard who hailed from Mainpuri district of Uttar Pradesh was rushed to Bara Hindu Rao hospital where he was declared brought dead. He was carrying a double-barreled rifle, but could not get the time to use it.

"It seems that the assailants were well aware of the area and had recceed the route taken by the van in advance. On Saturday too they had followed the van at the spot before carrying out the loot.

Crime and FSL teams picked circumstantial evidences from the spot. Several teams led by Deputy Commissioner of Police (North) Madhur Verma are probing the case. Teams from Crime Branch and Special Cell are also working on the case.

Not ruling out the role of an insider, the police have also questioned the three remaining men who were in the cash van. A case of murder and robbery has been registered at Roop Nagar police station, the police said. 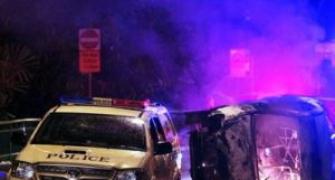 Singapore riots: Indian to be caned for instigating crowd 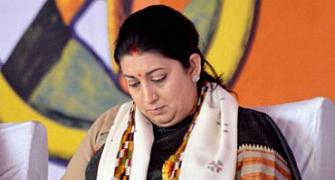 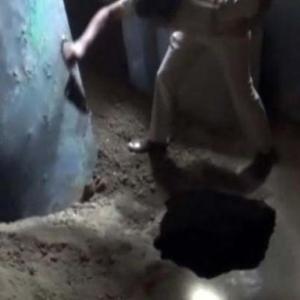 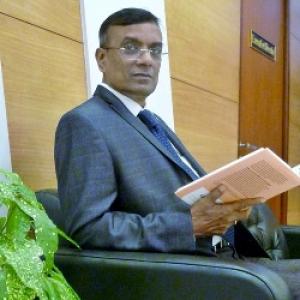