"It is his personal opinion," was the brief response of party spokesperson Rashid Alvi when asked to comment on Tharoor's remarks.

In his posts on the microblogging site Twitter, Tharoor, the Minister of State for Human Resources Development, also said the revised anti-rape legislation should be named after the victim if her parents do not have any objection.

The girl was gangraped and brutally assaulted allegedly by six persons in a moving bus in south Delhi on December 16.

She died in a Singapore hospital on December 29.

A senior Congress leader speaking on condition of anonymity threw the ball in government's court noting that Tharoor is a member of the Union Council of Ministers.

"Let the government react to it. We have nothing to say," was his terse response.

"Wondering what interest is served by continuing anonymity of #DelhGangRape victim. Why not name&honour her as a real person w/own identity?" he asked on micro-blogging site Twitter.

"Unless her parents object, she should be honoured & the revised anti-rape law named after her. She was a human being w/a name, not just a symbol," Tharoor, who is known for speaking his mind, said.

Under the law, the identity of a rape victim cannot be disclosed and printing or publishing the name or any matter which may make known the identity of any person against whom rape is committed is an offence under section 228-A of Indian Penal Code.

His comments also came close on the heels of Delhi Police registering a case against an English daily for publishing material which could lead to the identification of the victim. 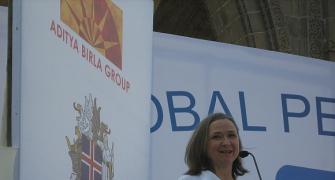 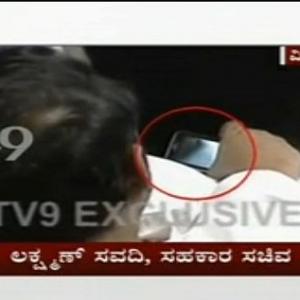 Gangrape case: Police to include Singapore doc as witness