With 11 days left for the execution of three Rajiv Gandhi assassins, Dravida Munnetra Kazhagam and some other parties on Monday stepped up their campaign for getting them reprieve while Tamil Nadu Chief Minister Jayalalithaa made it clear she has no power to grant them pardon.

A petition seeking review of the President Pratibha Patil's order rejecting the clemency pleas of Murugan, Santhan and Perarivalan, facing gallows on September 9, may come up for hearing before the Madras high court on Tuesday.

Pleading pardon for the three, DMK chief M Karunanidhi appealed to the Centre to save the three lives and said, "Had young leader Rajiv Gandhi been alive today, that noble man would have definitely come forward to save the lives of Santhan, Perarivalan and Murugan, responding to the voice of true Tamils and in accordance with the golden saying of Anna, forget and forgive," he said in a statement.

Jayalalithaa, expressing her inability to accept the demand of political leaders for clemency, quoted a home ministry directive of 1991 which made it clear that when a petition for grant of pardon in death sentences has earlier been rejected by the President, it would not be open for the State to invoke Article 161 to commute the death sentence.

The chief minister decried Karunanidhi seeking her intervention noting that in 2000 he had recommended to the governor to reject the mercy plea of the three and commutation of death sentence to Nalini to life. 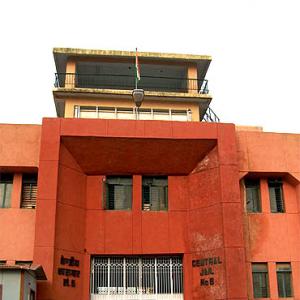