A key suspect in the 1993 Surat bombing, hunted by police worldwide for over 17 years, was arrested from a north England grocery store and a London city court will decide over his extradition to India.

49-year-old Mohammed Hanif Umerji Patel alias Tiger Hanif was traced to the grocery store in Bolton by Scotland Yard and later arrested from a house in Astley Street in Halliwell on February 16, a spokesman of the Metropolitan Police said on Wednesday.

Tiger Hanif has been remanded in custody and will appear at City of Westminister Magistrate Court on March 25 where the India government application for his extradition will come up.

Hanif is wanted by the Indian authorities in connection with a terror bombings in Surat in Gujarat which killed an eight-year-old schoolgirl and left 12 others wounded.

After the terror attack, Indian police issued a Red Corner notice for him through Interpol, which activated a worldwide hunt for the suspect.

The Met spokesman said: "Mohammed Hanif Umerji Patel--also known as Tiger Hanif--was arrested on behalf of the Indian authorities under an extradition warrant alleging conspiracy to murder and conspiracy to cause explosions."Patel was found working as a greengrocer. However, his family members denied he had been working at the grocery in Daubhill. Solicitors Stephen Lickrish and Associates, who are representing Patel, declined to comment.

Former Gujarat Minister Mohammed Surti was sentenced to 20 years in jail in 2008 for his involvement in the 1993 twin Surat bombings. The court found Surti guilty, along with 11 others, in connection with the grenade blast near Surat railway station.

The second blast happened near Sadhna School in Varacha area of Surat, killing the eight-year-old. The grenade blast rocked Surat after the deadly Mumbai serial blasts in March in which more than 200 people were killed. 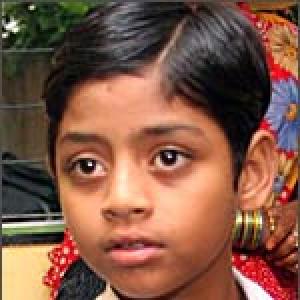