Main accused in Mecca masjid, Ajmer blasts was killed in 2007

Sources in the investigating agency told rediff.com that after Joshi was expelled from the RSS for his radical views, he joined the Abhinav Bharat to further his cause. While his murder allegedly by Students Islamic Movment of India activists made his group of like-minded individuals more radical, investigators say he was among those in this network who believed that retatiatioin was the key.

Mecca Masjid in Hyderabad became the first target of Joshi's aggressive designs, as he believed that the city was becoming the headquarter for various Pakistan based groups.

Joshi and his accomplices believed that the minority community will be blamed for the blast, and would face massive police crackdown as a consequence.

Joshi, along with his accomplices Lokesh Sharma (who has been arrested), Kalasangra, Dange, Pranav Mandal, Anand Katariya and Bairagi (who are all absconding), planned the Mecca Masjid blast, according to sources.

The plan was reportedly finalised by group in Madhya Pradesh and carried out with the help of local modules. The CBI is now trying to trace these local modules, said CBI sources.

Joshi and his accomplices allegedly assembled the bomb in a lodge in Hyderabad. The reconnaissance of the blast target was carried out by Lokesh Sharma.

Joshi, along with Dange and Kalasangra, planted the bombs in the mosque. For both the Ajmer and Mecca Masjid operations, this group procured 12 SIM cards that were finally used to trigger the bombs.

Incidentally, Dayanand Pandey, the godman accused in the Malegaon blasts case, told interrogators that Joshi and Malegaon blast accused Sadhvi Pragya Singh shared a close relationship. According to investigators, Joshi picked up the scooter belonging to the sadhvi which was used to trigger one of the blasts in Malegaon.

Investigative agencies suspect that Joshi was killed by the Malegaon faction of SIMI, which explains the sadhvi's involvement in the blasts there, something that Pandey is said to have corroborated. 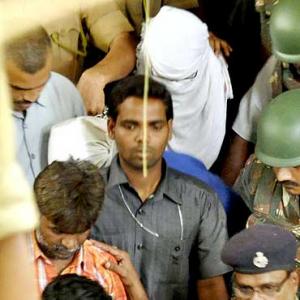 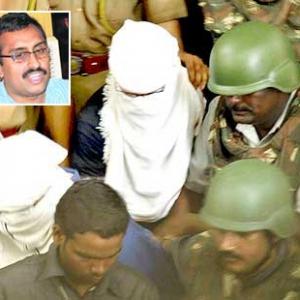