Describing female foeticide as a "social crime", Maharashtra Government on Thursday said it wanted a ban on stand-alone and mobile sonography units, and had urged Centre to make requisite amendments in the law in this regard.

Replying to a debate on the alarming decline in child sex ratio in the state, Health Minister Suresh Shetty told the legislative assembly that the pre-conception and pre-natal Diagnostic Techniques Act, which is a central legislation, would be implemented in the state in letter and spirit.

Shetty further said the state government had written to the Centre, seeking a ban on stand-alone and mobile sonography units which were found to be carrying out most sex determination tests and abortions.

There were some grey areas in the PCPNDT act which the state had urged the centre to amend. "The existing law says anybody, with no medical qualification, can start a sonography centre and can employ people with a minimum qualification to run it. We want only trained and qualified persons to run sonography centres.

The minister said a district-level task force will be set up to monitor implementation of the PCPNDT act and conduct awareness campaign. Legislators should take a lead in roping in non-government organization and women's self-help groups in the campaign, he said.

Shetty expressed confidence that the child mortality rate in the state will come down from existing 31 per cent to 25 per cent in the next 1-2 years.

Shetty said most of the parents seeking abortion cited 'failure of contraceptive' as the reason. "But then why wait till the tenth week, when one can know the sex of the unborn child?" he asked.

Shetty announced a cash prize of Rs 25,000 for NGOs who conduct decoy operations and help the administration nab violators of the PCPNDT act. The health minister said female foeticide cannot take place without the connivance of radiologist, gynecologist and the sonography centres.

Source: PTI© Copyright 2021 PTI. All rights reserved. Republication or redistribution of PTI content, including by framing or similar means, is expressly prohibited without the prior written consent.
Related News: PCPNDT, Health Minister Suresh Shetty
SHARE THIS STORY
Print this article 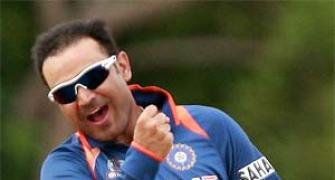 Yuvraj thought of quitting last year on being dropped from squad 'Yusuf can do the talking with both bat and ball' 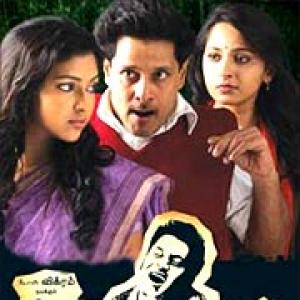 India have to be consistent: Wadekar