South Asian Americans Leading Together, which turned 10 a coupple of weeks ago, started the dialogue to include the Transportation Security Authority in the End Racial Profiling Act, said Amardeep Singh, director of programmes, The Sikh Coalition, and, a commissioner of President Obama's Asian Americans and Pacific Islanders Advisory Commission.

Speaking at the 10th anniversary of SAALT in New York, he said, "It's a very good example of how a local group, with local issues got their voice heard on a national platform, included in national legislation that affects the whole country."

Speaking about the issues suffered by South Asian communities especially after 9/11, Singh said, "The Muslim American community, particularly in New York, suffered in ways that were unbelievable after 9/11. Nobody talks about the fact that there were over 1,200 people who were detained without charge, without trial, without access to an attorney. That story hasn't been told. So what SAALT is doing for us, is helping us do that research so that those stories, in the lead up to the [10th] 9/11 anniversary, can be told and hopefully they are part of the national dialogue."

"The strength of America is (that it is) a country that should be based on going forward not living in fear. Today we are living in fear. Organisations such as yours can help (America) move forward, help us live together, help us understand that fear is not the way to go."

SAALT, which started its mission in New York before moving to DC and finally settling down in Baltimore, has activities ranging from community service on Gandhi's birthday to joining hands with groups fighting racial profiling, rising xenophobia and job discrimination.

It has produced documentaries and has also issued booklets looking at the political situation from immigrant point of view.

Published close to the November elections, the SAAT study called 'From Macacas to Turban Toppers: The Rise in Xenophobic and Racist Rhetoric in American Political Discourse' analyses the intolerant remarks made by elected officials and those running for office.

The report, which has been discussed widely in the media and on National Public Radio, asserted that since 9/11, there has been an unprecedented rise in xenophobic statements that have specifically

"Racist rhetoric cannot be characterised as ignorant, funny or inconsequential. It has far-reaching impact like contributing to a sense of alienation and isolation on the part of affected communities to shaping negative public opinion and harmful policies," said Deepa Iyer, a co-founder and the executive director of SAALT.

Among many incidents the report analyses are political ads about outsourcing, statements targeting a South Asian candidate's accent or "funny-sounding" last name, and stances that support profiling and surveillance of certain communities.

'The details in this report are extremely helpful not only to the South Asian community but to the rest of the country as well," said Hilary Shelton, director, Washington Bureau of National Association for the Advancement of Coloured People.

She compared the experiences of Muslims, South Asians, Arab Americans and Sikhs to those of African Americans, who have also been dehumanised and marginalised by a racist political climate.

SAALT, a non-partisan and non-profit organisation, has joined other immigrant organisations to introduce voter education, get people to election monitoring, and encourage voter registration. Its community empowerment programmes include advocating the rights of women especially those who are not documented, and train activists to present on issues facing the community.

She said the report includes tips to empower community members to respond to such statements on their own, by providing resources and tools to engage in civic and political activities.

SAALT has been a big supporter of the Dream Act, which was passed by the House of Representatives a couple of weeks back giving young illegal Americans a opportunity to stay back in the country if they pursue college education.
Arthur J Pais
Related News: SAALT, Washington Bureau of National Association for the Advancement of Coloured People, Obama, New York, Amardeep Singh
SHARE THIS STORY
Print this article 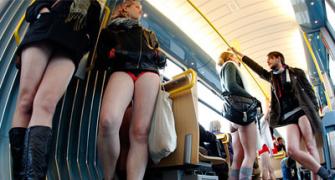 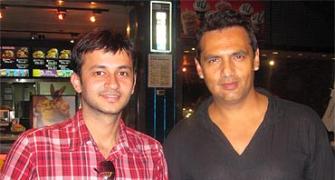